Welcome back to the third and final installment of the season eight Vanderpump Rules reunion. Let’s get started!

The Vanderpump Rules reunion picks back up with Andy Cohen presenting everyone a package of Stassi Schroeder tormenting Beau Clark about when he’s going to put a ring on it. Demon bride vibes all around. Stassi is adamant, however, that Beau tortured her into acting that way by pretending that he had no intentions of proposing.

Speaking of women behaving badly to get their way… next up is Danica Dow. Lisa Vanderpump calls Danica out for often getting it wrong in her role as a floor manager. Lisa says she wishes Danica would “grow up and soften.” She then airs out her personal grievances against Danica for insinuating Lisa and Brett Caprioni’s relationship was anything less than professional.

‘You can’t watch the episodes and see the way they dirty-talk each other and say it’s a mother-son relationship, because it’s not,’ Danica said at one recent taping. ‘He’s hot, she’s hot, and they both fantasize about each other.’

Lisa Vanderpump went off and set the record straight.

‘When she’s going on television saying I’m having an affair with Brett, that really pisses me off, because in all the years, with all my staff, I’ve never put a finger on any of them,’ Lisa said, adding: ‘I have children. I have a marriage.’

Danica Dow offers up a half-hearted apology but it doesn’t appear Lisa’s biting. “Yeah, it definitely came out the wrong way. Thank you very much. I’ve been married for 37 years. I have two children” Lisa snaps back. YIKES. 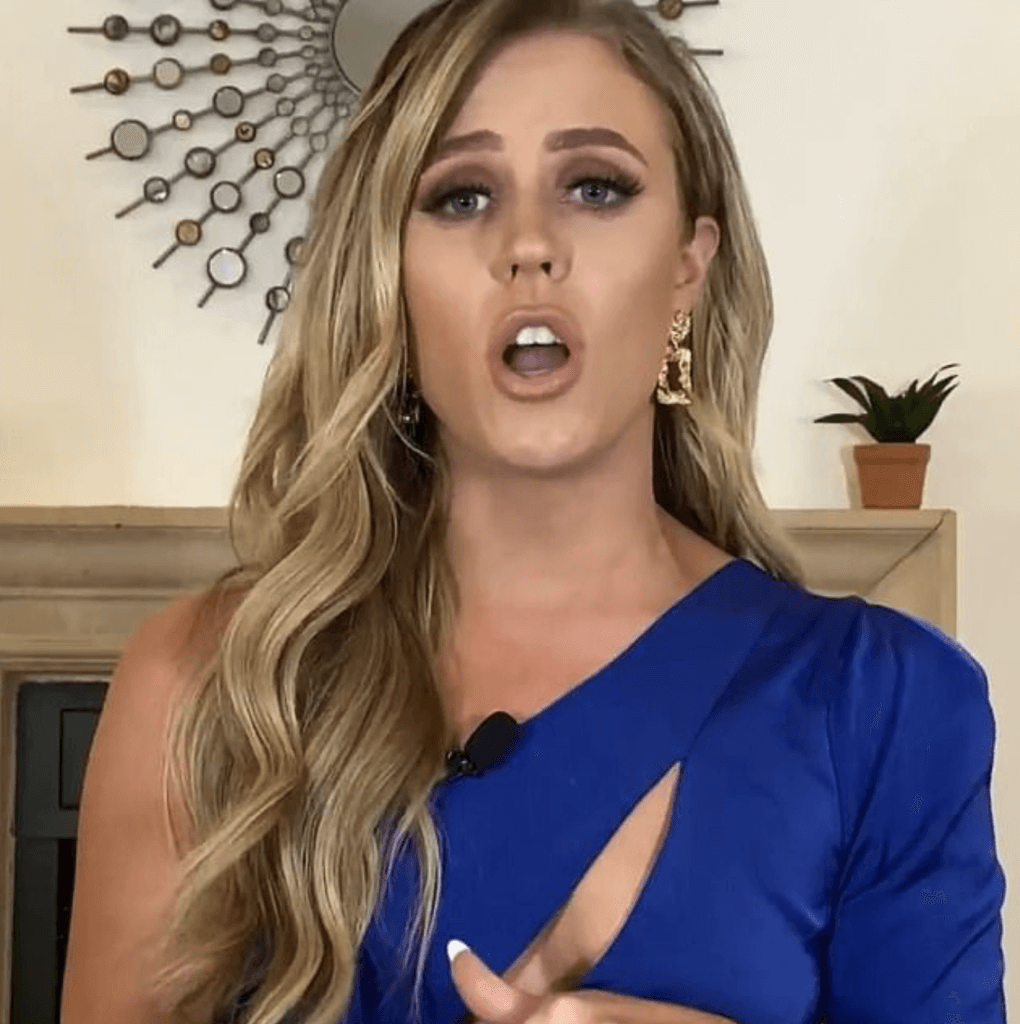 Scheana Shay’s  racy music video finally rears its ugly head. Luckily for Scheana, Brett admits he was being overly dramatic when he said he felt “violated” during the shoot. When asked why she offered up a BJ for payment, she insists that it was a joke and she was trying to be funny like Lala. Oh, poor Sheshu… I think the joke’s on you. 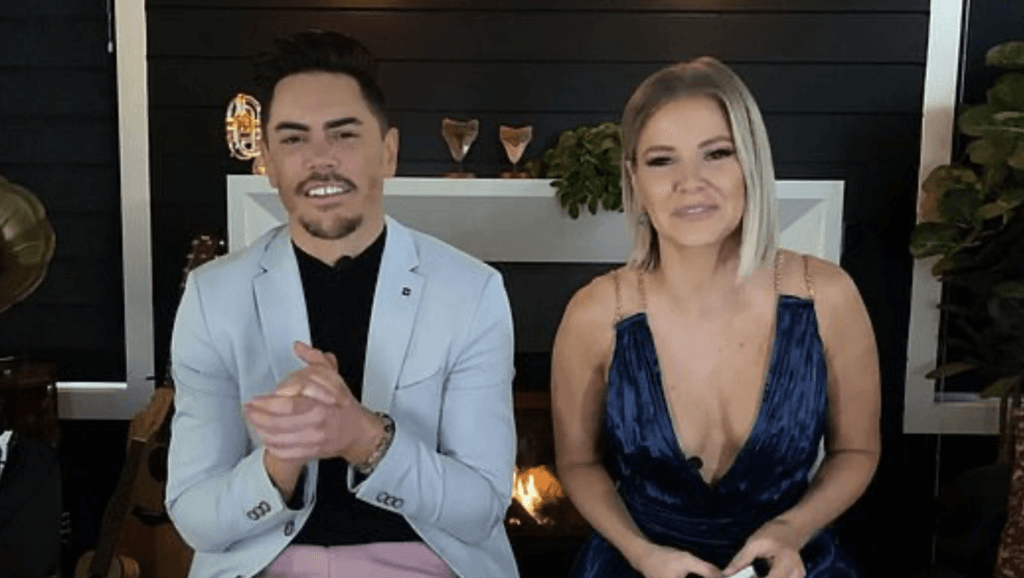 We finally get to the meat of the reunion which is of course Jax Taylor behaving badly and then claiming to be “a work in progress.” The only real difference this time is he has a wife to mindlessly stand up for him at every wrong turn he makes. Ariana appears to stroke out as she responds to Jax’s soliloquy about his “sprained brain.” She begs Andy to switch topics and pleads that he give no more light to Jax’s bad behavior. “This is just gonna be the same shit as every other reunion. Work in progress. Blah blah blah.”

Jax Taylor is adamant that he really is trying to improve and become a better person. Cue the montage of every reunion from every single season where Jax vows to change and become a better person. Lala Kent then drops a bomb when she reveals that Randall set up and paid for Jax to attend a therapy session but he never showed. I like to call that SSDD. Same s*** different day. At least you’re consistent, Jax. I’ll give you that. 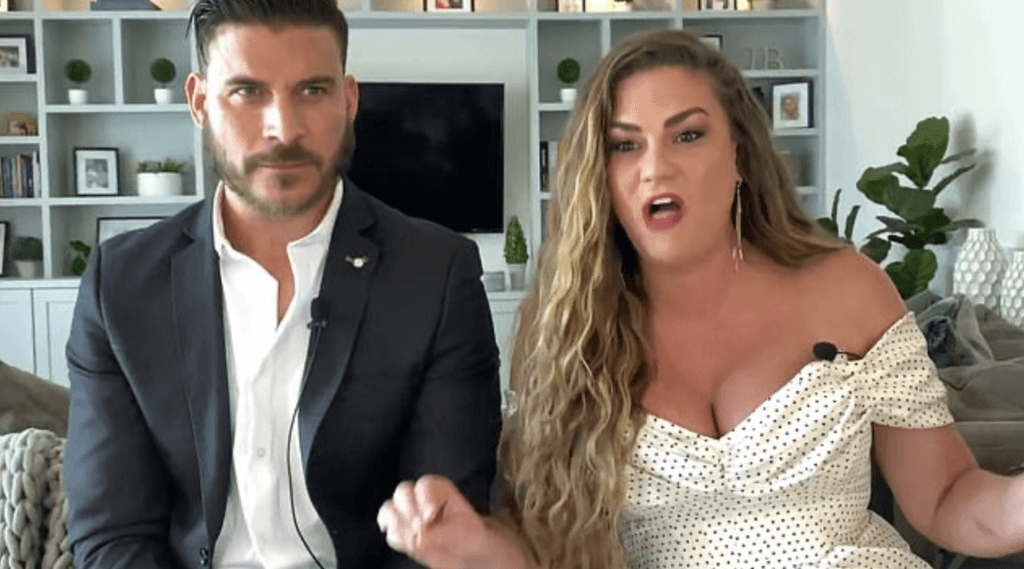 While Ariana is flailing around in her chair like a child who didn’t get her way, Stassi acts as the voice of reason when she calls Jax out for instilling fear in the group. “We’re scared of pissing Jax off and we’re scared of hurting Brittany. We have to be able to be honest with you guys. This can’t be a situation where we’re all f****** scared to have an opinion.”

Brittany Cartwright resorts to crocodile tears… her usual defense mechanism. She goes off on a long-winded rant about feeling stuck in the middle but is adamant that she will always stand by her man. “I do want Jax to get better and I’m working on it all the time. To you guys, I stick up for him. But to him, I’m obviously yelling at him. You guys see it on the show. He’s my husband. I will always do that.” Ariana starts gyrating in her chair again muttering how she hates that for Brittany. It appears that even Tom Sandoval has had enough of Ariana’s theatrics when he eventually asks her to “chill.” On behalf of all of the viewers, THANK YOU SANDY.

Jax Taylor accuses Andy of gunning for him at every reunion. “Andy always has something against me. I don’t know what it is.” He adds, “I’ve got thick skin but I tell you what it’s getting worn away as the years go by.” Andy maintains that he actually likes Jax “a lot.” But of course, Jax always has to have the last word. “You got a weird way of showing it,” he retorts.

Andy appears to have had enough of Jax’s pity party when he finally calls him out for never actually watching the show. “Guess what? My job here is to call people out. You need to watch the show. Part of the reason it’s such a disconnect — why you think I’m such an a**hole is because you don’t watch the show. I’m responding to s*** you’re saying and that we’re seeing on the show.” Preach, Andy, preach.

We’re treated to a very different and vulnerable side of Dayna Kathan when Andy brings up Scheana’s surprise psychic reading to reconnect Dayna with her late mother. When asked about the ambush, Dayna immediately breaks down and starts sobbing. “Honestly I do know that Scheana meant it in a good way but I felt very put on the spot. My mom died seven years ago and it’s still really, really hard for me. I personally don’t know if I’ll ever be ready for that.” 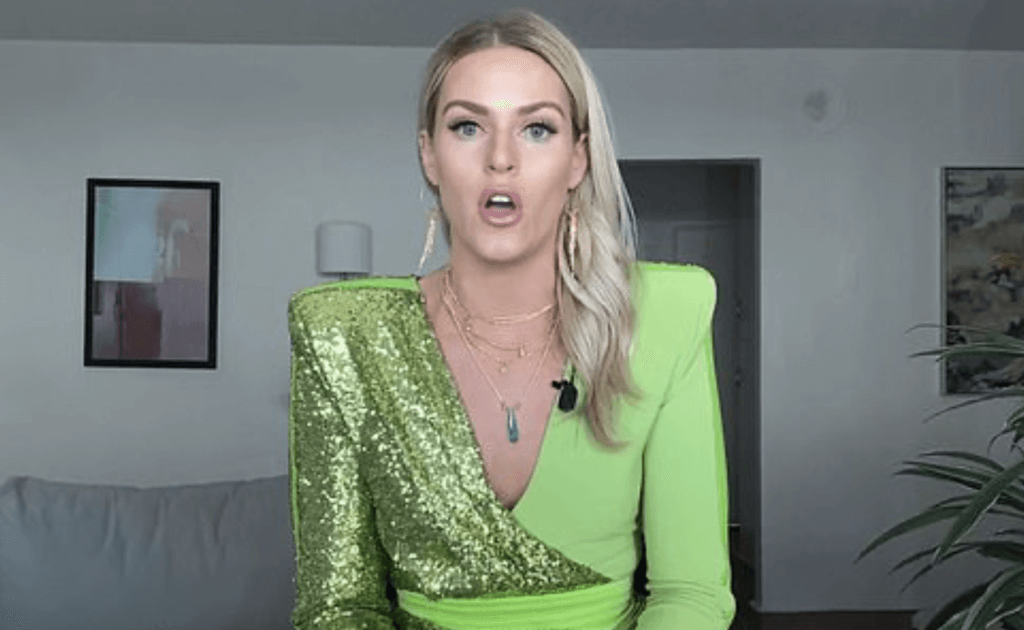 Jax seizes the moment to make it about him yet again. “I don’t mean to chime in but I lost both my parents at the same time too. My mother and I just don’t speak to her anymore. Unless you’ve gone through something like this you can’t understand the pain.” Noted.

FINALLY, Andy brings up Scheana’s messy game of telephone in which she repeated Lala’s comments verbatim about Ariana’s home with no furniture but blamed it on Stassi instead. “I direct quoted the wrong person. I swear you chimed in on that but I AM SO SORRY STASSI,” she giggles. Oopsie daisy.

Stassi Schroeder calls Ariana Madix out for being so quick to jump on her for the comments. “You can say I’m Regina George because that’s true. You can say I’m a snob. That’s totally true. You can say Stassi Bad Credit Schroeder because I definitely used to have bad credit so like that’s true. But for you to say, just so easily, like you were waiting to get it out. I like you and I don’t know how many years it’s going to take for you to understand that.”

Once again we somehow loop back around to the lover’s quarrel no one asked for. Andy asks Max Boyens why he felt like he should have a say in whether or not Dayna and Brett dated. According to Max, Brett was the “Sandoval to my Schwartz.” Awww. JUST KIDDING. NO ONE CARES ABOUT EITHER OF THOSE FOOLS.

Andy closes the reunion by asking Kristen Doute if she misses her friendship with her Witches of Weho counterparts. He also asks Jax Taylor the same about his friendship with Tom Sandoval. Kristen admits that she misses her friends to some capacity but Jax appears to have zero regrets with the way things currently stand between him and Sandoval. Why am I not surprised?

AND THAT’S A WRAP. I would sign off with some clever “until next season…” line but I think we all know that’s not gonna happen. RIP Pump Rules. It’s been a wild ride.

Press play below for a complete breakdown of Stassi Schroeder’s downfall after being fired from Vanderpump Rules — and subscribe to All About The Tea’s YouTube channel.