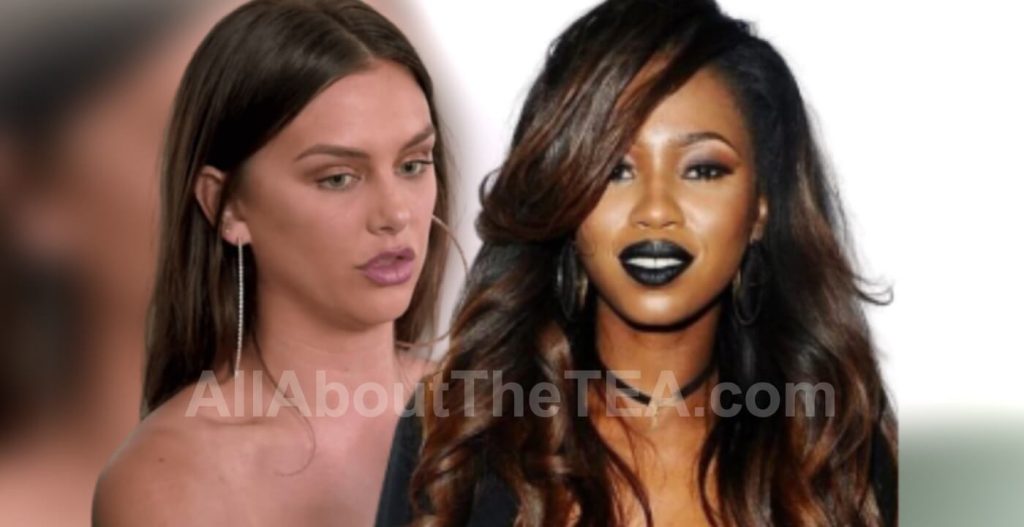 Faith Stowers is not staying quiet in the wake of Bravo’s dismissal of her former Vanderpump Rules co-stars, Stassi Schroeder and Kristen Doute.

The duo was axed for pinning Faith Stowers with a crime she didn’t commit, and although both issued apology statements for the racist act, Faith Stowers recently revealed that Kristen Doute was the only one to personally apologize. Faith noted in a recent interview that she has mended fences with another cast mate, amid the VPR cast shakeup.

“Lala Kent reached out to me and wanted to start over for a clean slate,” Faith told TMZ. “And I was really happy about that. She said that she was sorry that I had to go through all of this. And I was really happy to hear from her because me and her were really, really close friends, so it made sense that we would talk.”

Fans know that Faith Stowers and Lala Kent both joined the cast in Season 4, but the friendship crashed in Season 6. Viewers will remember that Faith hooked up with Jax Taylor, and Lala shared a secret recording of Jax bashing his current wife, Brittany Cartwright, after the cheating incident.

“For me, we were in a bad situation; so it’s like two friends fighting,” Faith Stowers said. “So I can’t hold that against her because I fight with my friends before too. The world has their own issue that they’re dealing with, with her. But I think that Lala, as a friend to me, was always, like, a good friend to me. Things did have a turn that was unfortunate, and really, like, fucked up and sad. But she showed her true colors when she reached out to me when she didn’t have to.”

“She was still on the show,” Faith continued. “She’s having a great life, she didn’t have to reach out to me. So she did, and that means a lot as well. I know she knows that. So yeah, I think going forward that we’re gonna be good.”

Do you think that Faith Stowers and Lala Kent’s friendship will last, away from the Vanderpump Rules cameras?