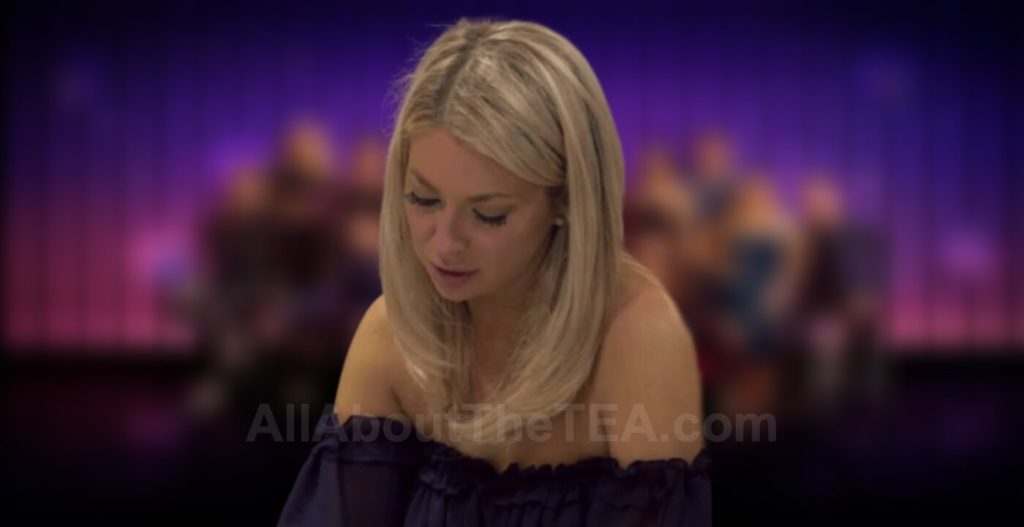 Stassi Schroeder has been officially canceled, after the exposure of a racist incident against former co-star, Faith Stowers. Stassi was fired from Vanderpump Rules last week — and that was only the beginning.

Stassi’s podcast Straight Up with Stassi, which was launched in 2015, has been erased from all major platforms, in the wake of Bravo’s cast cleanse.

Kristen Doute, Max Boyens, and Brett Caprioni were all given the VPR axe on Tuesday. The two women were fired after Stowers spoke out about her co-stars falsely reporting her to police, and the men were dismissed for using racial slurs on Twitter.

Radio.com, the podcast broadcaster, confirmed its decision to cut Stassi Schroeder loose in an Instagram post: “We recently learned of racially charged and inappropriate actions by Stassi Schroeder during one of her previous projects. In light of this, Radio.com has made the decision to part ways with her. We take these matters very seriously and condemn these actions. ‘Straight Up with Stassi’ has been moved from our portfolio.” 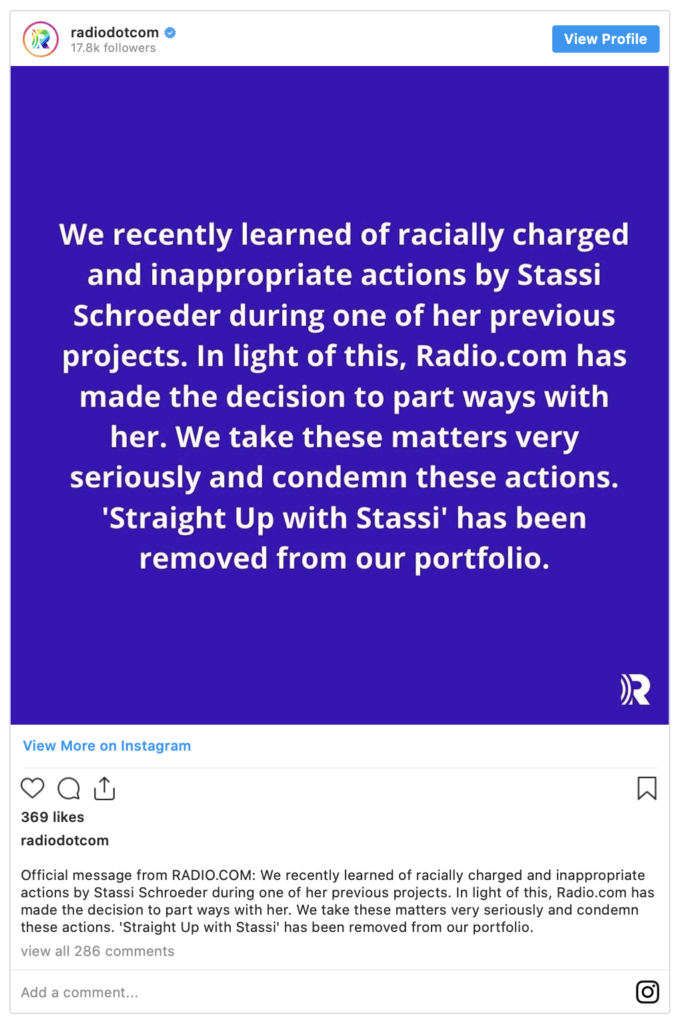 Apple Podcasts, Spotify, and Sticher have also removed the podcast from their platforms.

The Bravoleb’s podcast led to live audience fame, in a show called Straight Up With Stassi LIVE. The ex reality star’s road show was scheduled to resume at New Jersey’s Basie Center in January, but the venue announced its cancellation, last week. Stassi’s tour was paused due to the coronavirus  pandemic, and the show’s future looks bleak in the wake of her lost reality gig and dropped podcast.

The same day that Stassi Schroeder and Kristen Doute were dismissed by Bravo, news broke that their wine brand with ex-co-star, Katie Maloney, was also kaput. US Weekly reported that Nocking Point, the company behind the women’s rosé and pinot grigio said that “the term of our agreement with the ladies expired months ago and we have taken any remaining inventory down from the website.”

Stassi Schroeder, who announced that she was pregnant a few days after her career nosedived, was also ditched by her PR company, last week.