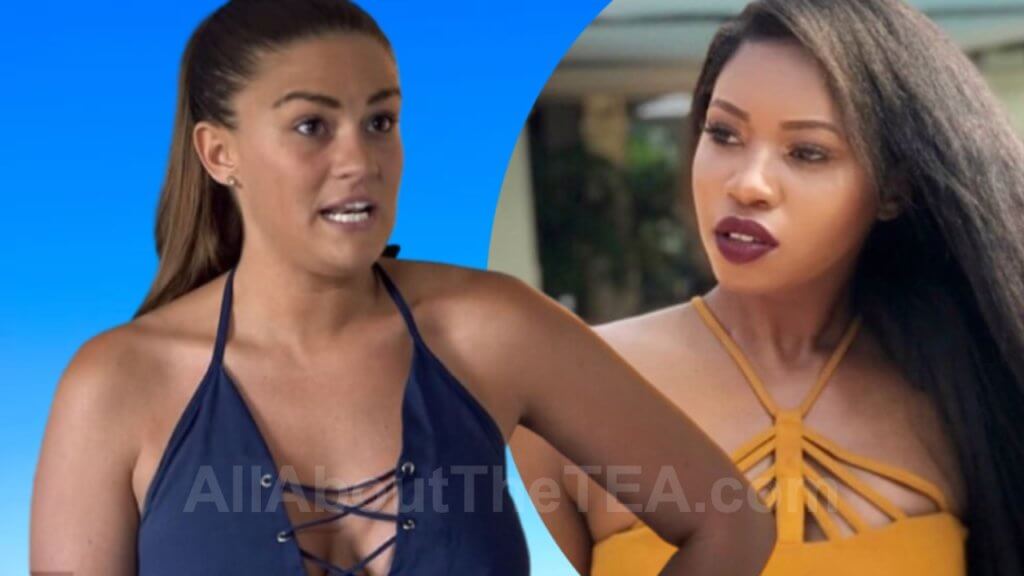 Faith Stowers is coming for Brittany Cartwright after her former Vanderpump Rules co-star denied ever labeling her with a racial slur. Faith fired back after alleging that Jax Taylor’s wife called her a “nappy headed ho” during a phone argument.

The dicey history between the pair dates way back, prior to Brittany and Jax tying the knot. Faith admitted to sleeping with Jax Taylor while he was dating Brittany, and Jax came clean after initially denying the tryst.

Faith Stowers is now alleging that the racial slur occurred during a heated phone exchange — after previously sharing that an unidentified cast member had called her hair “nappy.”

A fan asked Brittany Cartwright about the episode, and she vehemently denied Faith’s accusation.

“I had NOTHING to do with that. She knows I don’t have a racist bone in my body. She hurt me really bad and never once apologized,” Brittany said in a since deleted comeback.

In a recent interview with Buzz TV, Faith Stowers spoke about the phone spat, and claimed that she was shut down several times after she attempted to apologize to Brittany. Brittany reportedly went off, after Scheana Shay put Faith on speakerphone.

“I’m like ‘Brittany, hey girl! I’m trying to apologize to you. Can we please talk?'” Faith recalled. “But she was still in like a bad space, so she’s like cussing and yelling and calling me names and stuff.”

“So I’m still trying to remain calm and communicate with her because it’s very important for me to hear what she has to say,” Faith continued. “So I’m trying to talk to her and I can still see that she’s upset. So as she’s yelling, that’s when I heard her say, ‘You a nappy-headed ho.’”

Faith Stowers acknowledged that Brittany Cartwright was in a “fragile state” at the time, but did not buy it as an excuse for the racial slur.

“I don’t know why she denied saying that. That’s her truth,” Faith continued. “But I know and my family knows that she definitely did say that.”

Fans have been clamoring for Bravo to take action against Jax Taylor and Brittany in the wake of the network firing Vanderpump Rules cast members, Stassi Schroeder and Kristen Doute.