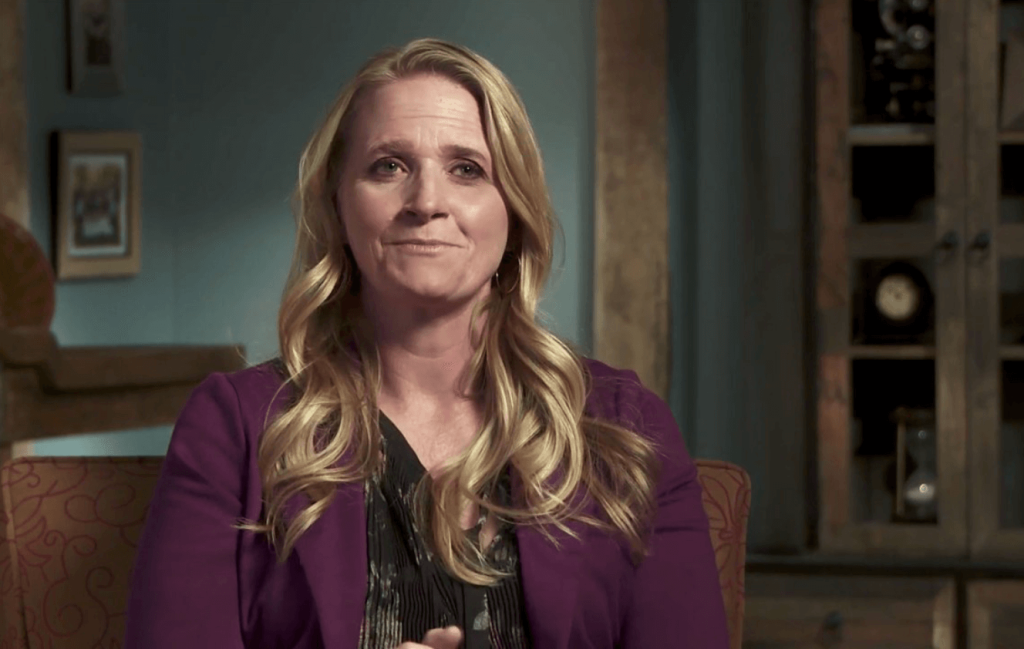 “Our world is crazy right now!” Christine Brown wrote while wearing a “Perfectly Imperfect” t-shirt. “This year has been SO HARD so far! From fires to looting to killing to shaming. It seems like being “perfectly imperfect” fits for all of us though. No matter how we stand politically or socially. I wish this was a world where we could all have honor and trust and hey, a lot more love would be awesome too!” 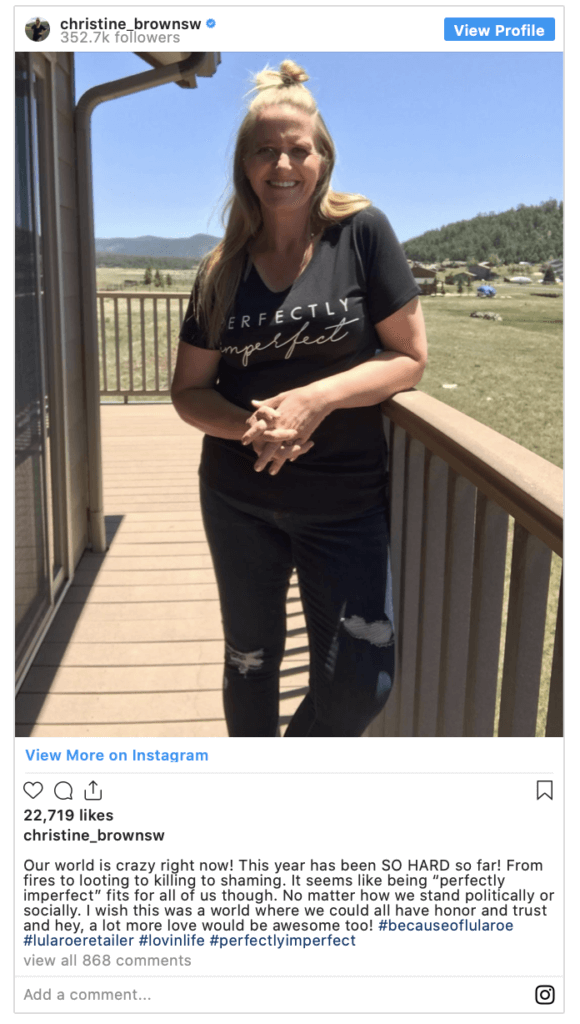 “AND she turned off comments after people rightfully asked wtf she meant by the wording of this gross post,” one user wrote.

“Wtf does Lularoe have to do with anything?” another said.

“Trying to sell tacky t-shirts, making light of everything while people are standing up for their rights and demanding justice. Disgusting,” another user summarized.

Kody Brown’s #3 tried to walk it back, two days later. “Working out is hard. Saying sorry is hard. Admitting you were wrong is hard. Saying #blacklivesmatter✊?✊?✊? isn’t hard!! Let’s say it and LIVE IT! BLACK LIVES MATTER!!” Christine cheered, leaving out the hashtags. 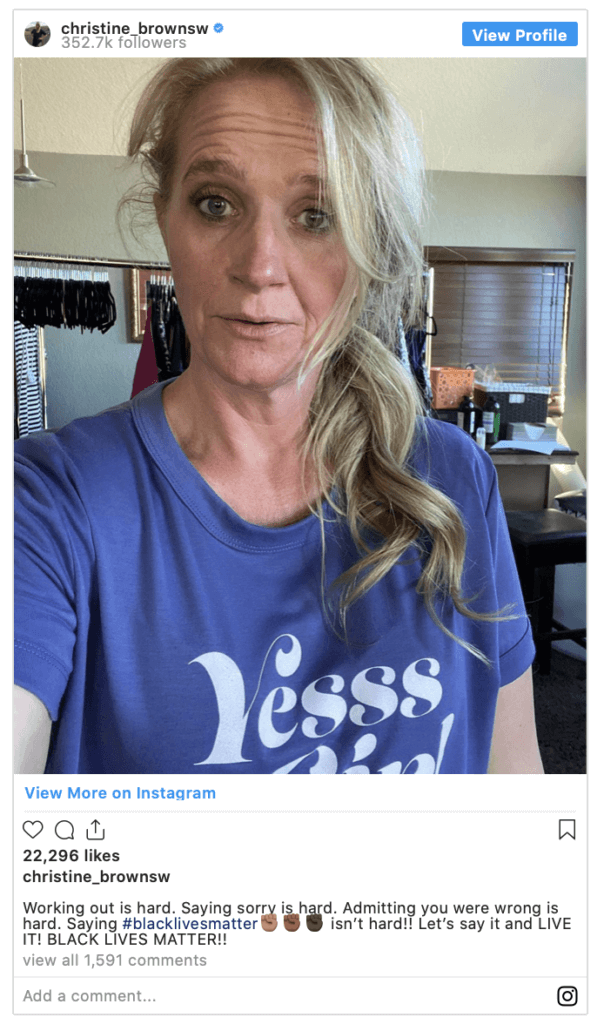