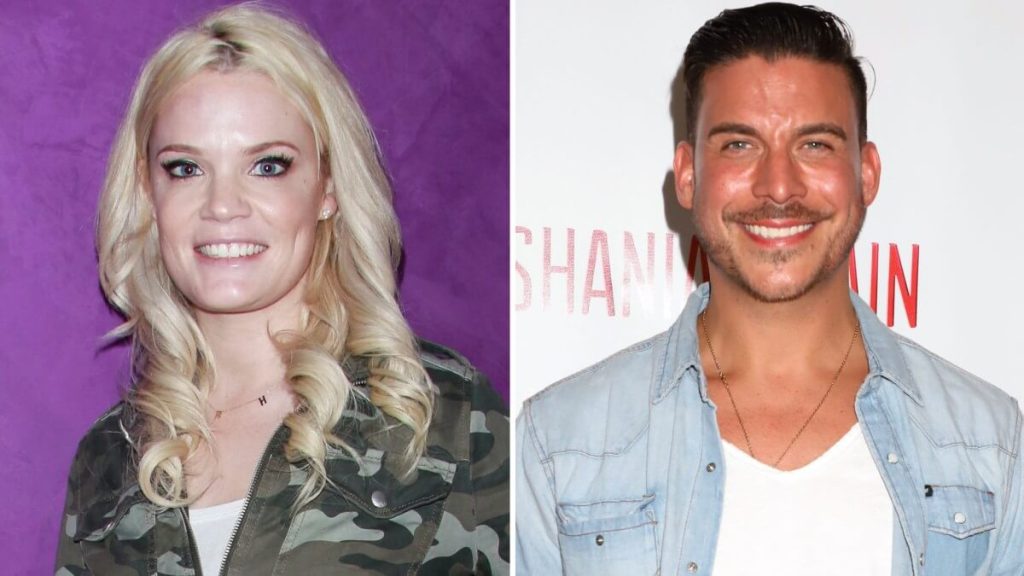 90 Day Fiancé star, Ashley Martson is calling for the firing of Jax Taylor, after accusing the Vanderpump Rules star of making a “racist” comment about her husband, Jay Smith.

Ashley Martson, 33, pushed Bravo to dismiss Jax Taylor only hours after the network fired Stassi Schroeder, Kristen Doute, Max Boyens and Brett Caprioni. The two women were fired after a racist incident against their co-star, Faith Stowers was exposed, and the men were axed for using the N-word on Twitter.

Ashley Martson slammed Jax Taylor on Instagram, and she brought a receipt.

“Did y’all see bravo fired four cast members? Well @bravotv don’t leave out old Jax Taylor who harassed us when our show first aired,” Ashley wrote, posting an alleged screenshot of Jax’s comment. “If you don’t understand why I find this racist please watch my story. Education is key.”

Jax Taylor wrote, “your mans nose is the size of his head,” according to the 2018 comment. 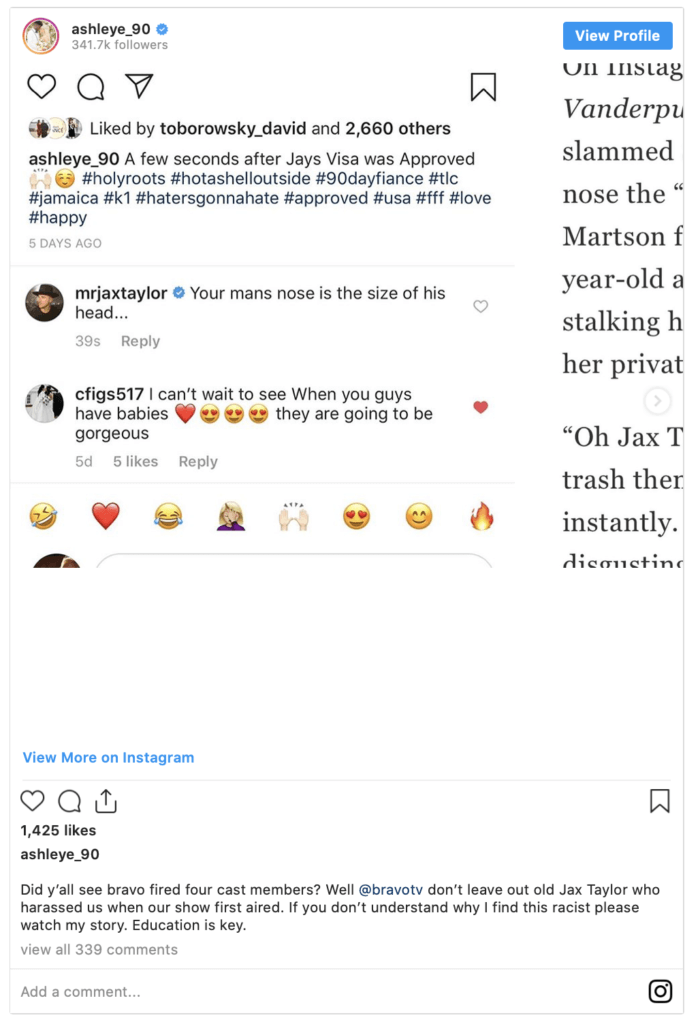 Ashley Martson explained to a fan why Jax Taylor’s remark was unacceptable, on her Instagram story.

“When your nose or my nose is referenced as large it’s probably just a large nose,” Ashley said. “Black people have been historically colored to an ape or monkey, meant to be derogatory.”

“One of the most well known racial stereotypes is referencing a black persons nose, again suggesting it is similar to that of an ape,” the TLC personality said, adding that she’s “happy to send any literature your way from history books to help you understand as to why a white person shouldn’t EVER comment on the size of a black persons nose or lips for that matter.”

Ashley Martson tagged Bravo and Jax in a separate post on her IG story, attaching a Celeb Magazine link, where the TLC personality spoke further about her interaction with the Pump Rules star.

“When we began the show we faced serious race issues on national TV. Jay Smith was super upset about it,” Ashley explained. “Right as the show started airing, Jax Taylor started coming at us hard. Calling me a horrible mother  and then making fun of Jay and the size of his nose. It was very upsetting.”

“We didn’t even know who he was,” she continued. “This type of behavior hurts people’s feelings. Jay was hurt and couldn’t understand why a stranger would say such terrible things to someone he never met.”

“Jax needs to be fired. I will not stop until he is,” Ashley declared. “This nonsense has got to stop. We’re all human, we’re all equal, and we all have feelings.”

“Jax needs to be held accountable for constantly making fun of people,” Ashley Martson  said, after alleging that Jax once called her fat. “And the only way to hold him accountable is to fire him. If they [Bravo] are going to hold certain people accountable, then they should hold them all accountable.”

Ashley Martson admitted that while she had “no idea” what happened with Stassi and Kristen, she believed that Jax’s comments were “100% racially motivated.” 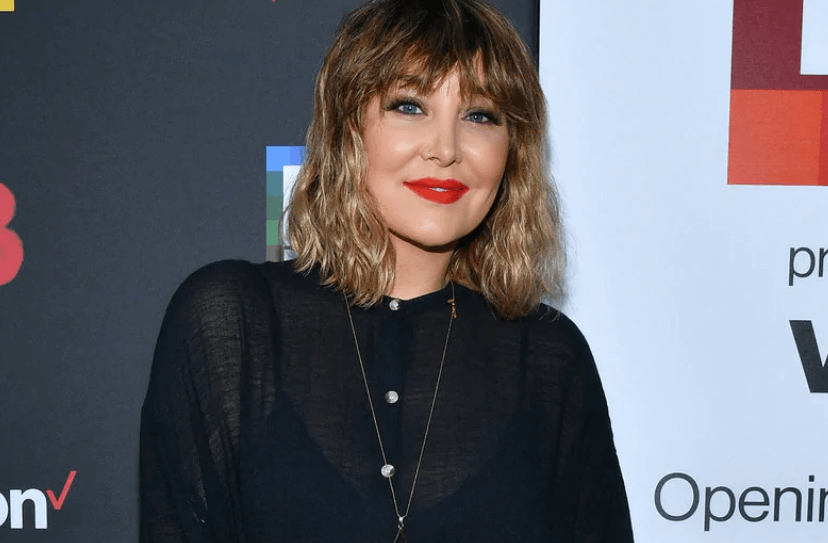 Former Sur hostess, Bille Lee, has also spoken out against Jax, tweeting on Tuesday—@BravoTV what about Jax Taylor? He refused to film with me because I was trans and called him out on his white cis privilege. Stop celebrating his disgusting actions. #canceljaxtaylor”.