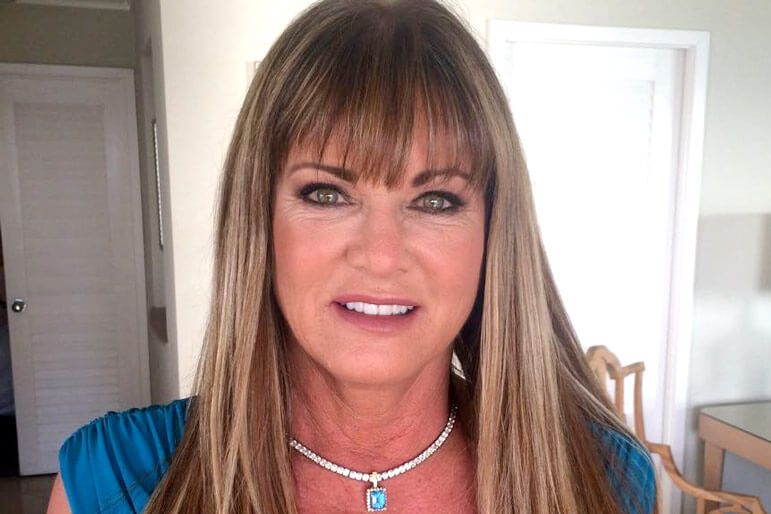 Jeana Keough shared her stance on the Black Lives Matter movement sweeping the nation and her remarks drew sharp rebuke from her Facebook followers.

The Real Housewives of Orange County alum shared her controversial comments Sunday night on social media — the now-deleted post read, “Has Anyone Mentioned That Police Will Leave You Alone If You Don’t Do Illegal Stuff.???” 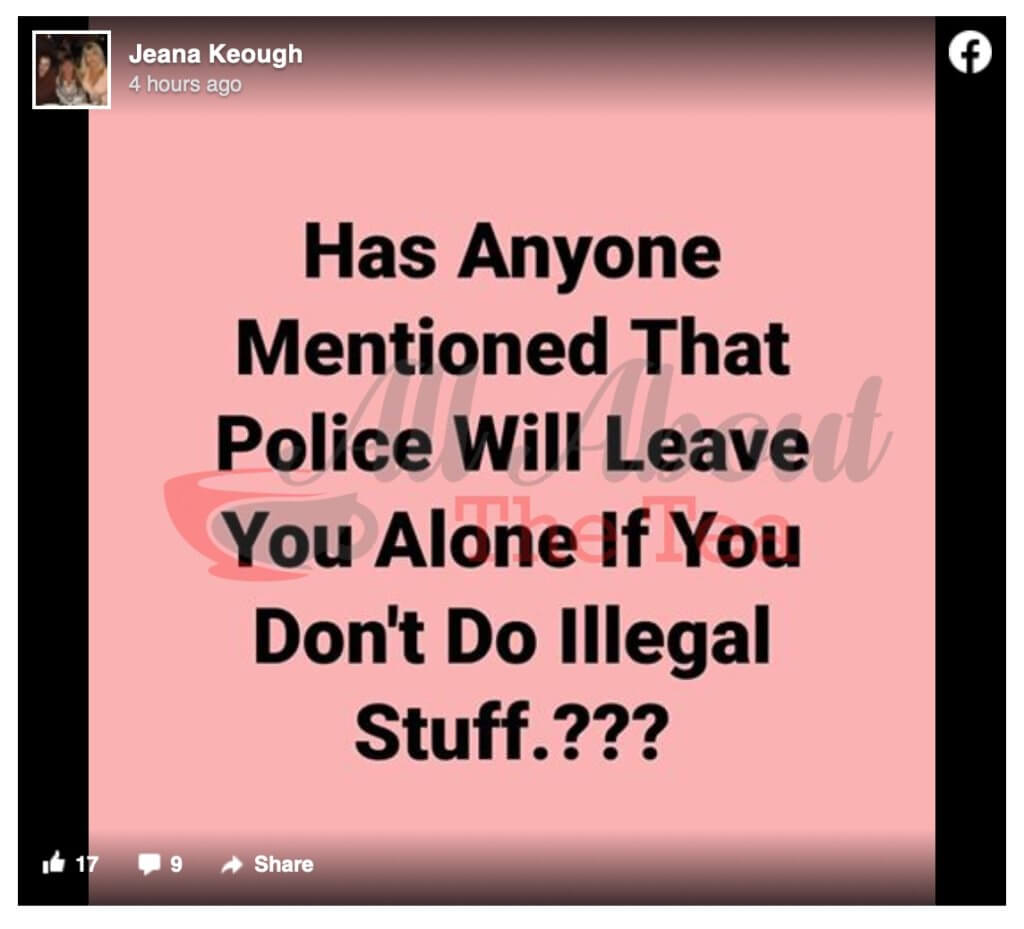 In the aftermath of George Floyd’s killing at the hands of former Minneapolis police officer, Derek Chauvin — Jeana Keough’s comment was recieved as insensitive and generated disapproval by her Facebook following.

One follower suggested that Jeana, “…put on brown makeup and get some braids and be black for a week,” Adding, “see how that works for you! You now have video to show you the false accusations daily and you still say this shit!!!”

Another reminded her about the many black males who have died innocently at the hands of the police, “you maybe.., how about Tamir rice, breonna Taylor, philando castille, Daniel shaver, sPlaying with a toy gun – Not illegal, Sleeping in her own bed not illegal.. I’m happy to continue if you’d like.”

Someone else simply wrote, “Noooooooo.”

A different person cited the difference between a black person being stopped by police and a white person and called out the real estate agent’s “white privilege” mindset.

Another follower stated, “In white America everything is forgiven. But George Floyd is dead and the media is trying to portray him as a criminal. It’s okay though, right?”

One person pointed out, “I didn’t know you’re racist. I’m disappointed because you were one of my favorites until now.”

In light of the civil unrest sweeping the nation, the masses have opened their hearts and minds to understanding systemic racism as it correlates to white privilege and moral conduct.

Related Items:featured, Jeana Keough, Real Housewives Of Orange County
Comments
Jim Edmonds Reveals He’s Going to Be a Grandfather for the First Time!
Kelly Dodd Sweating Bullets As Fans BEG Bravo To ‘Fire Her Next’ After The Dismissal of Stassi Schroeder and Kristen Doute!
To Top