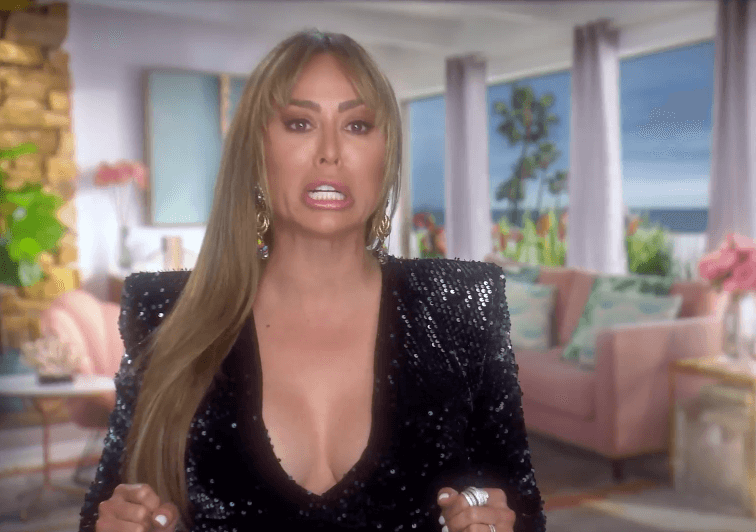 The Real Housewives of Orange County star has been sounding off on social media about the nationwide protests sparked by the horrifying death of George Floyd — and fans are clapping back.

Kelly Dodd’s offered recent commentary after watching some footage of the protests on her fiance, Rick Leventhal’s phone. Kelly recorded the Fox News reporter’s video along with her reaction, to share with her followers.

Rick revealed some footage of one of his journalist colleagues being run off by a group of protestors, in Washington DC.

“Look at these guys,” Kelly Dodd commented, capturing Rick’s phone footage. “You can’t even have media.”

“These people are losing their minds,” Kelly Dodd mumbled. ”Oh my God. This is America.”

“This is terrorism on our land,” she added.

On Sunday night, Kelly Dodd shared an additional video, filmed with her teen daughter, Jolie. Some fans noted that Kelly appeared to be slurring her words, as she condemned the looters, linking their behavior to a lack of morals.

On Tuesday, Kelly Dodd posted a Blackout Tuesday show of support for the Black Lives Matter movement — but was immediately dragged by her followers for her too-little-too-late change of heart. Many followers blasted the reality star as a backpedaling fake. 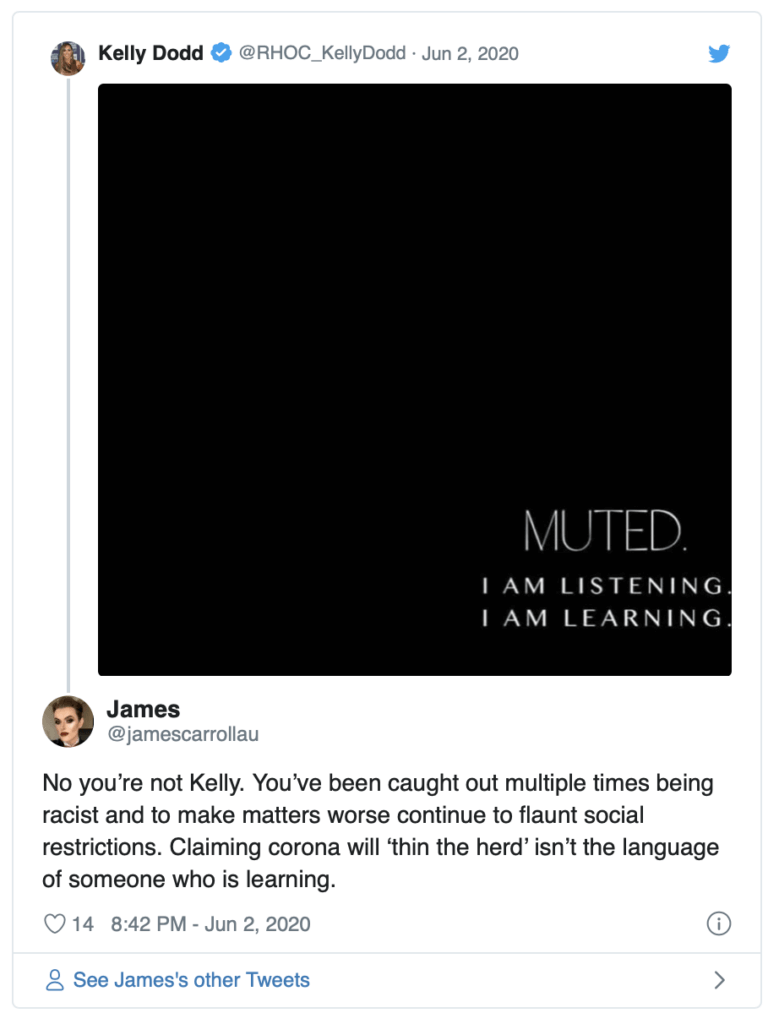 The Real Housewives of Orange County production was put on pause, due to the coronavirus pandemic. The show’s return date has not been announced.