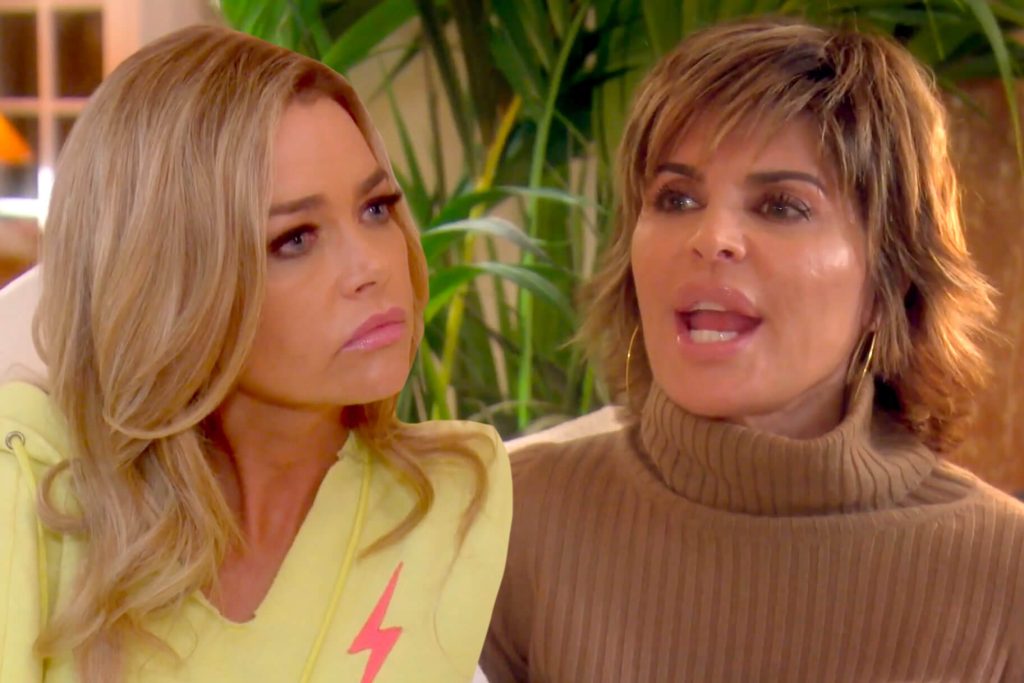 Denise Richards was dissed as a hypocrite on Tuesday’s episode, for expressing a desire to protect her kids from X-rated chatter, after a high volume cast  dinner party. Rinna delivered a low blow late in the episode, when she referenced Charlie Sheen’s hookers, noting Denise’s past commentary about her ex’s escorts.

Lisa Rinna twisted the knife on Instagram on Thursday, posting a “Bravo Bravo F—ing Bravo” meme, throwing shade at Denise’s future RHOBH walk-off. The post only lasted ten minutes — because Lisa Rinna decided to replace it with a shady Barbie themed RHOBH video, created by comedienne, Heather McDonald. The Bravo Barbies were glammed up in the video — except for the Denise Richards doll — which rocked a messy “ragamuffin” look, the adjective Kyle Richards used to describe Denise’s casual style.

The conflict started after Denise Richards scolded the cast for loudly chatting about threesomes during a dinner party at her home, within earshot of her children and their friends. The ladies didn’t appreciate being schooled on proper dinner party decorum, but fans appear to be solidly in Denise’s corner, when it comes to protecting minors from raunchy reality stars.