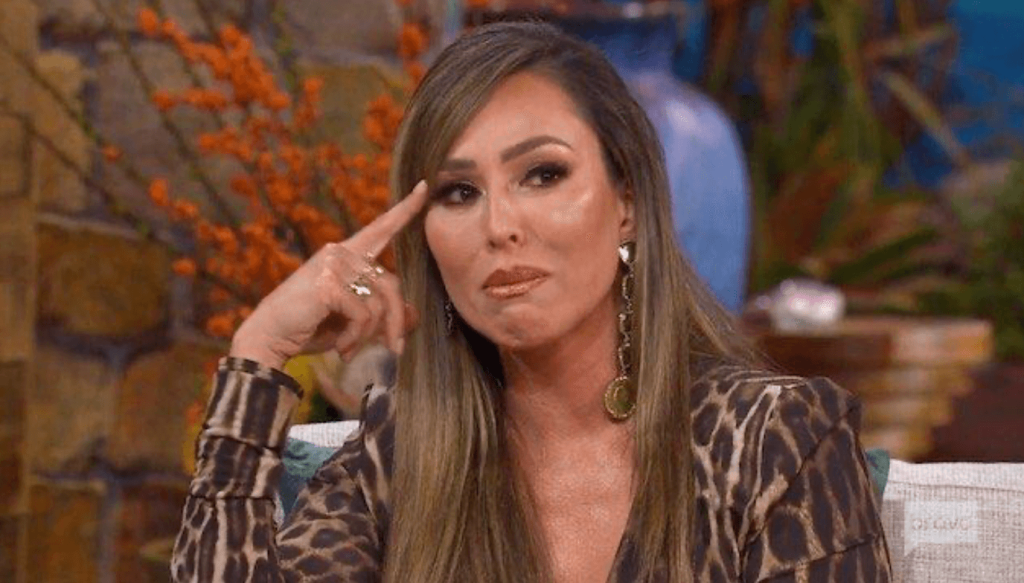 Kelly Dodd is facing a social media backlash after claiming that “no one was dying” from the coronavirus in Orange County. The Real Housewives of Orange County backtracked on her Instagram Live commentary after multiple reports called out her comments, delivered while out and about with her family on Memorial Day.

“No one is wearing masks here in Orange County. Yup, because nobody is dying here of the virus,” Kelly Dodd said.

As of Monday, the county’s death toll was more than 130.

“I was by no means minimizing deaths that have been caused by this virus, and I feel for their loved ones,” Kelly said in an IG Live comeback. “However, Orange County has 133 deaths out of 3 million people — much lower than most.”

“I felt encouraged and excited that people were out and about and there was some semblance of normalcy,” Kelly added.

The reality star also slammed US Weekly for accusing her of not wearing a facial mask during her holiday outing.

“I was wearing a mask,” she said in the clip, before pointing to her mom. “This lady right here was not wearing the mask, and no patrons when we were eating were wearing the mask. The servers were, but you can’t eat with a mask on, so get your facts straight.”

Twitter lit up with opinions after Kelly Dodd’s dicey share — and it wasn’t long before #CancelKellyDodd gained steam. 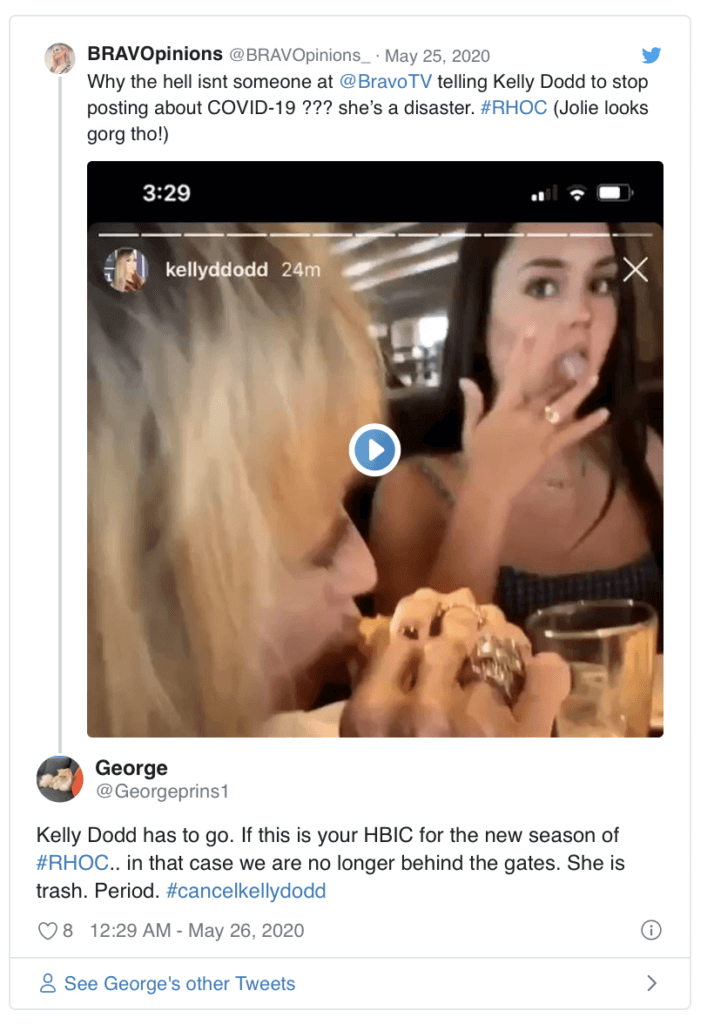 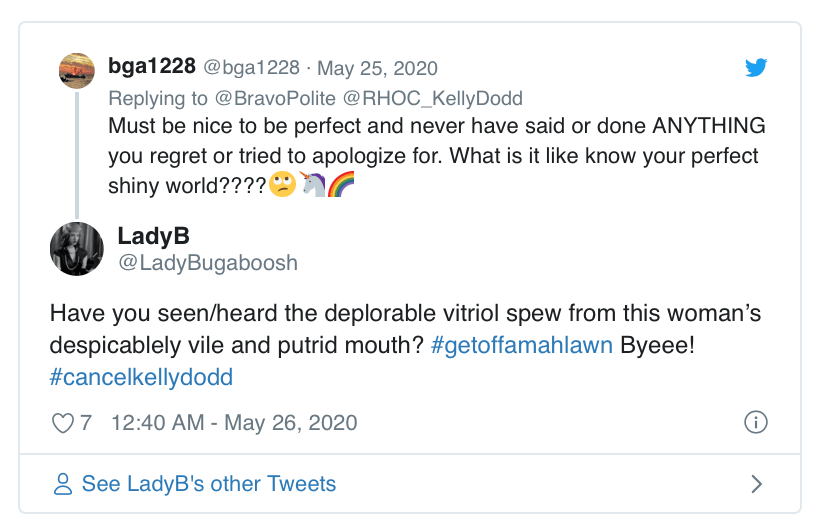 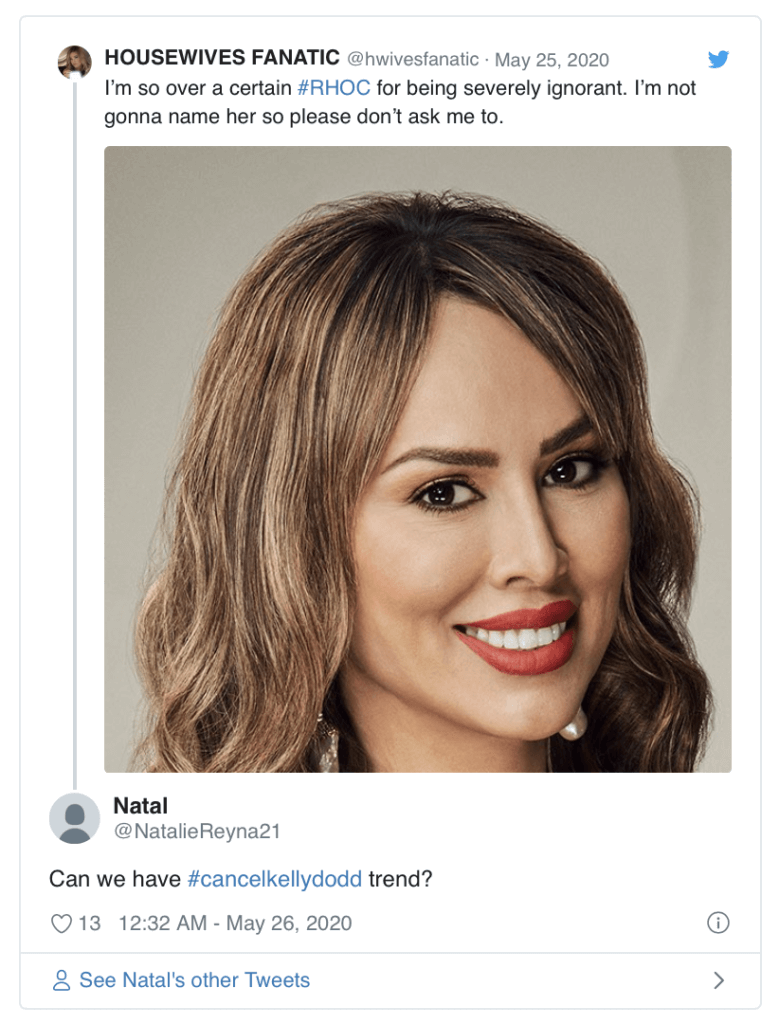 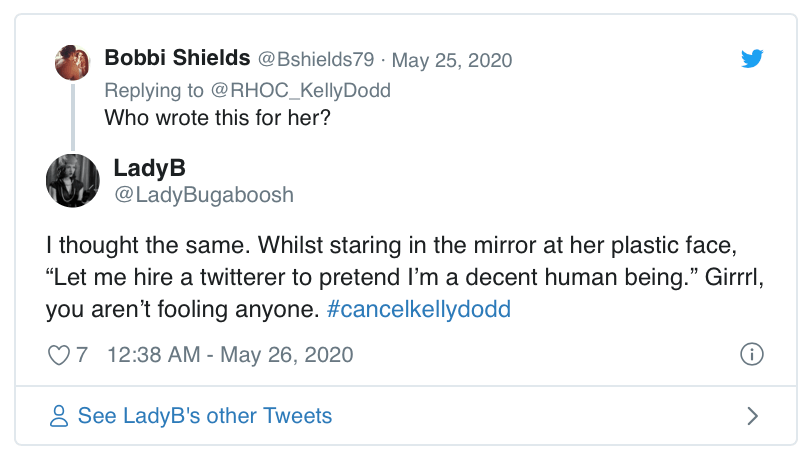 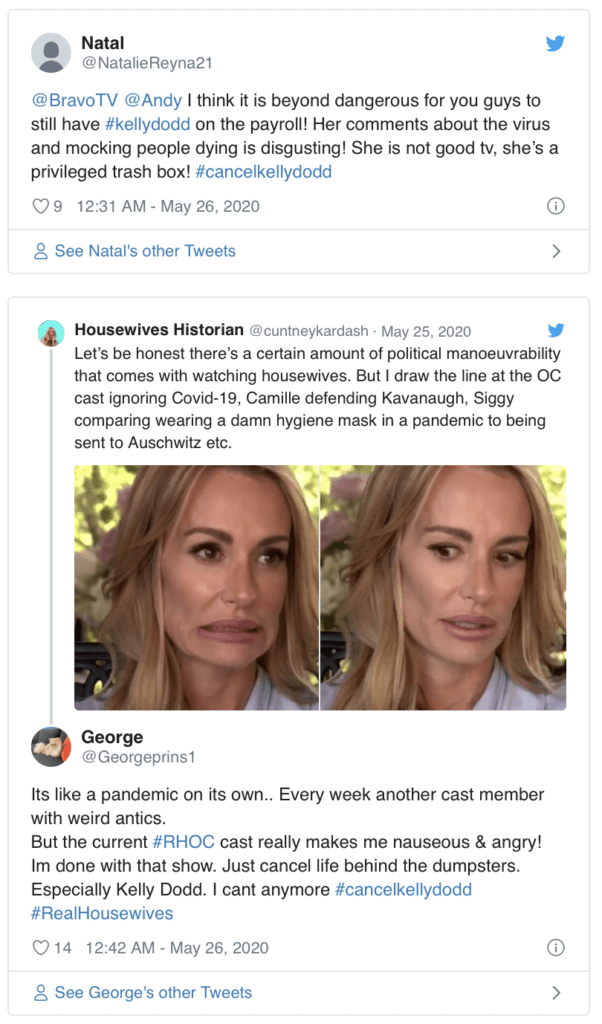 Real Housewives of Orange County production hit the pause button due to the coronavirus pandemic. The show’s return date has not been announced.