Welcome back to an all-new episode of Married to Married to Medicine LA. Let’s get started!

The episode opens with Dr. Kendra Segura trudging into work for her one shift of the week. Once there she immediately gets to work seeing patients. We learn that Kendra works at a women’s clinic that serves the impoverished and homeless in the same area she grew up in, South Central. According to Kendra, not many providers go back to serve and provide quality care to the community they grew up in. Aww. Okay, that’s it. She’s officially won me over.

Across town, Jazmin Johnson and Shanique Drummond  are shopping for costumes for Shanique’s Haunted Hayride event. Their mission: to find something sexy. Shanique says she decided to put the Halloween party together in an effort to smooth things over after Kendra’s housewarming party. But she still has zero intention of inviting newcomer, Lia Dias. “Lia’s not invited but if Lia was invited she should come dressed like a dump truck cause she’s just messy.” 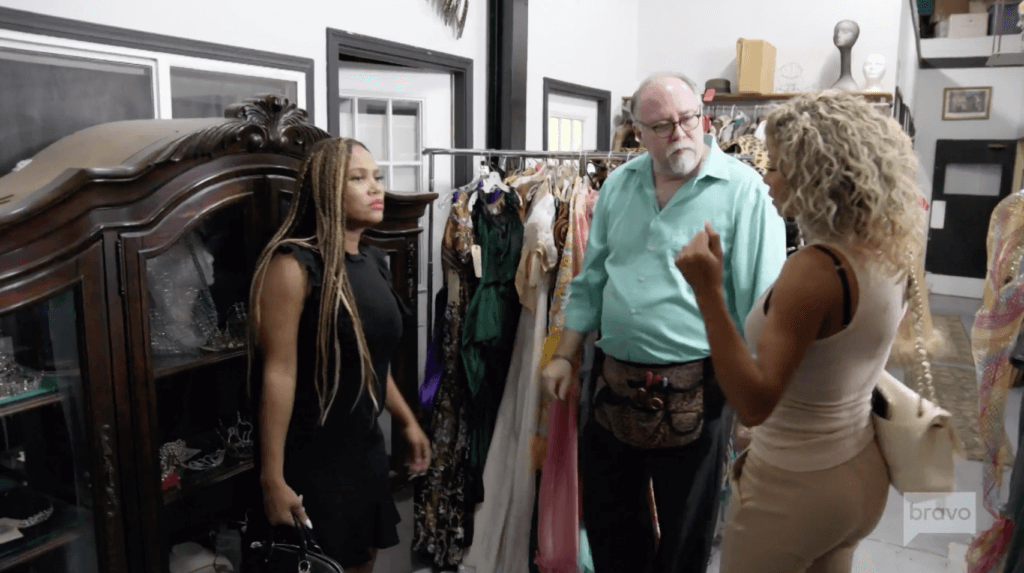 Meanwhile at Dr. Britten Cole’s house, the whole family is holed up in the bathroom brushing their teeth together before Britten promptly turns in with the kiddos and her husband Mack is banished to the guest room. Britten tries to explain that because of Mack’s constant travel for work the children are used to sleeping with her while he’s away and when he’s back they’re not as eager to give him his spot back in the marital bed. Poor Mack grumbles and groans as he saunters down the hall to his lonely living quarters.

Dr. Imani Walker does an interview for IndieWire that takes place in the creative producer’s… home? A little sketchy but okay. While there, she’s asked about the film, The Joker and how the pseudobulbar affect is portrayed in the movie. Imani is adamant that the film did an excellent job of depicting the condition. The interview is a slam dunk when Imani wraps it up by saying, “It’s important to humanize mental illness. It’s important for us as a society to know that we can really prevent that.” Later in her talking head she adds, “They are human beings. They’re scary sometimes- but it’s nothing injectable medications can’t fix… and pills… and sleep.” 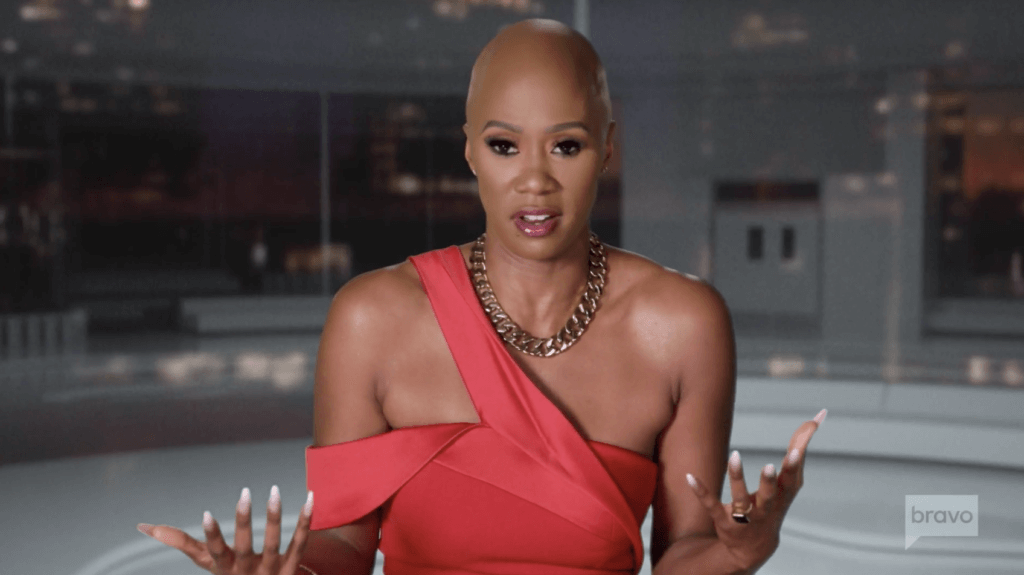 After the interview, Imani and Phil catch up over FaceTime. Phil complains about the the cold and rainy weather in Oklahoma while Imani fills Phil in on the drama with the other ladies. “Of course you know these chicks are gonna be on some s*** every time we get together,” she mutters.

Back at the Segura/Leung residence, Kendra and Hobart are bickering about how Hobart always brings home germs and gets her sick. Hobart seems to patronize Kendra when he accuses her of doing too much and tells her to just “be a good mom.” UM WUT? Excuse me, Hobart. You just stepped ALL THE WAY in it. 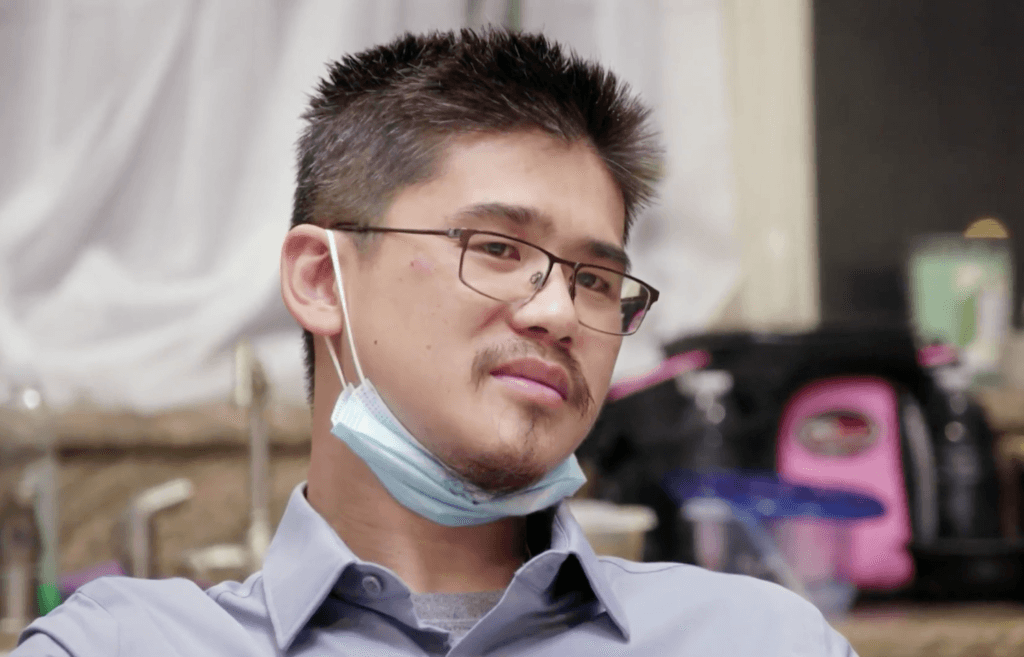 Kendra then drops a bomb when she reveals that she’s gearing up to go back full time. Hobart asks her if she discussed that with him first but she breezes right over the question. “People need help so I’m gonna go,” she says. She eventually reveals that going to work provides her with a much-needed break from the stresses of being a new mother. “Being a stay at home mom is a thankless job.” 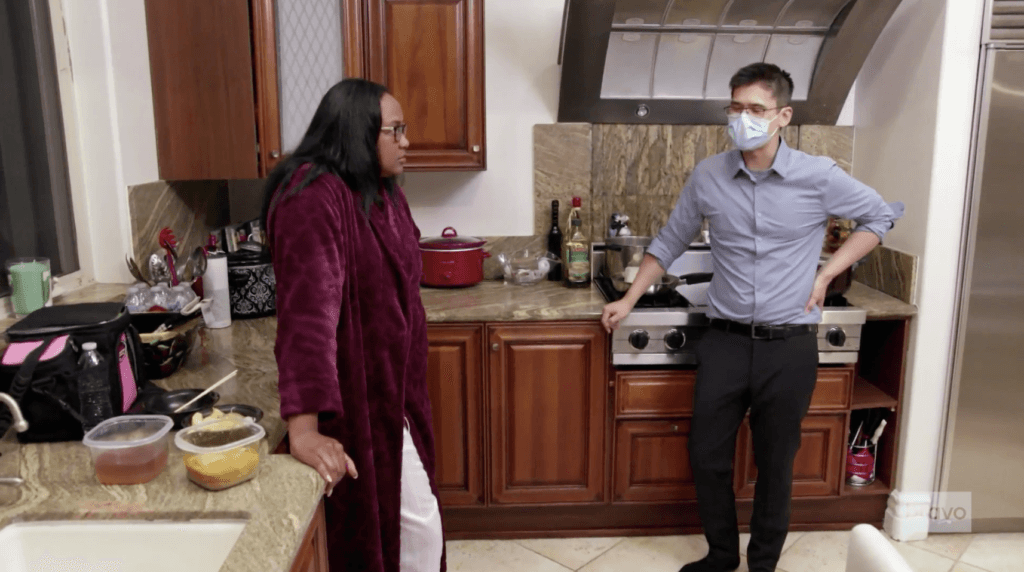 Later that evening, Shanique’s husband takes her to task for excluding Lia Dias from her party and tells her she should go to her own party dressed as a witch because that’s how she’s been acting lately. “You’ve gotta think about how you interact with people and how you speak to your friends,” he adds. 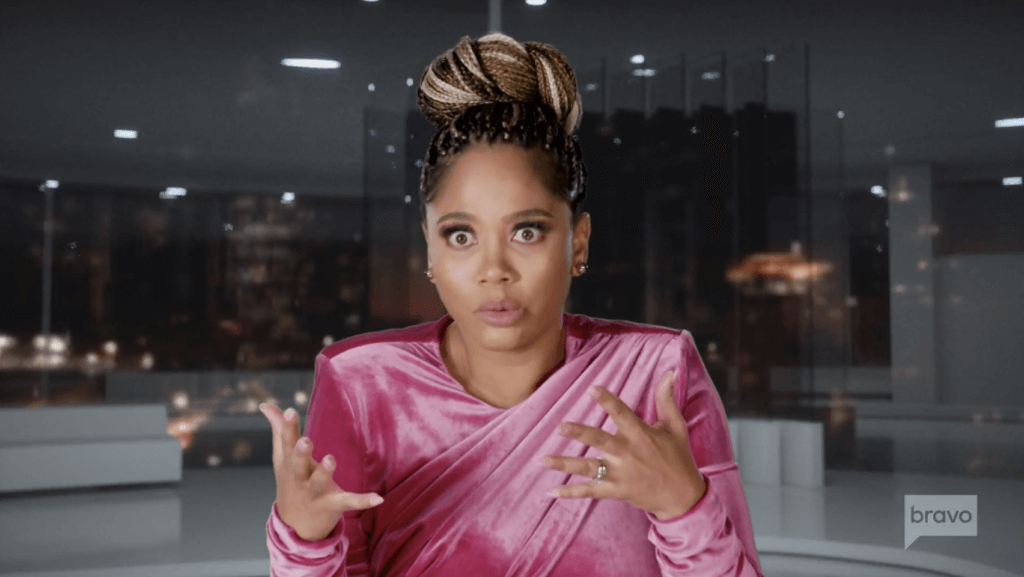 Little does Shanique know, Lia has every intention of coming to the party anyway… as Imani’s guest. Lia shows up at Imani’s house dressed as a paratrooper of course. Lia seems completely unbothered about attending a party she wasn’t invited to but admits that she wants to smooth things over with Kendra, who basically served as collateral damage in the drama with Shanique.

It’s finally the evening of the Haunted Hayride. Shanique ignores her husband and comes dressed as a Vampire, Jazmin’s costume is reminiscent to that of the movie Mean Girls as she’s essentially dressed in red lingerie with devil horns, Imani is dressed as Wakanda and Kendra and Hobart come dressed as salt and pepper- the shakers, not the hip-hop girl group. Shanique greets her guests one by one as they arrive in their costumes. But she looks like she’s seen a ghost when Imani arrives with her plus one, Lia, in tow. “That’s not okay but alright. I’m gonna have a good time anyways,” she says.

Britten wastes no time calling out Lia on her paratrooper costume but Kendra remains unbothered. “My airforce outfit is more Gucci. Her version is probably TJ Maxx or Target at best.”

After traipsing through the haunted house the group reconvenes at the bar before, just like clockwork, the drama pops off yet again. Jazmin immediately starts grilling Imani on her husband’s absence. Imani doesn’t help matters when she admits that she and Phil both forgot their anniversary. Shanique piles on too when she tells Imani that she and Phil are eventually going to get frustrated and start lashing out at one another.

Lia then steps up and seizes the moment to apologize to Kendra for the way the housewarming party ended. Kendra admits that it was a lot to take in. Lia then doubles down and says that even though she is the one who had the nasty things to say, the way Shanique brought it back was “real f***** up.” 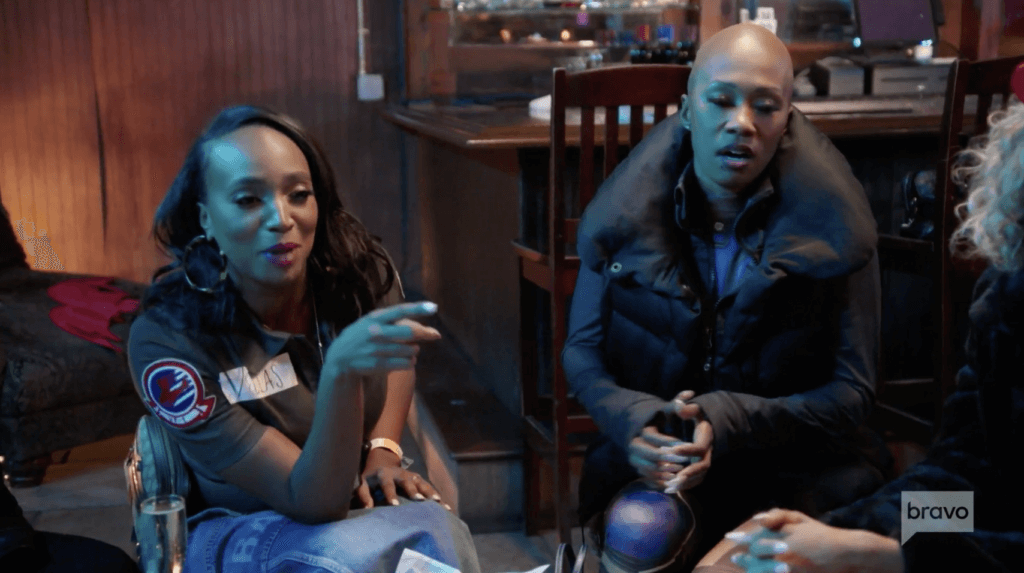 Shanique immediately starts screaming and carrying on before apologizing to Kendra as well. “I did not mean for you to get hurt from that comment,” she says. Lia and Shanique continue to spar back and forth with one another about who was really to blame for ruining Kendra’s housewarming party. Imani continues to egg Lia on before Jazmin jumps in the rink too and asks Lia to fix her stank face. Kendra manages to calm the ladies down and tries to convince them that she’s unbothered by the comments because she knows she looks good. “Obviously I inspired her outfit tonight. That’s what fashion does” she adds. She then promptly excuses herself and heads home to baby Hart. 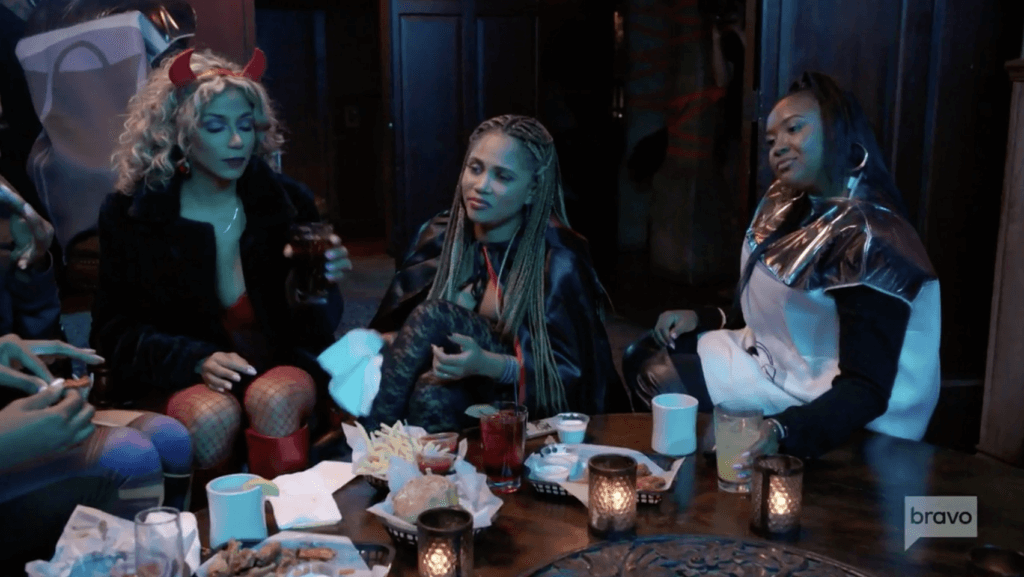 Later, Shanique’s husband chastises her for once again going lower into the gutter with Lia. Meanwhile, Lia and Jazmin are going around and around about who’s really to blame for the lingering drama within the group. As Jazmin starts to walk away, Lia accuses Jazmin and Shanique of sharing a brain. YIKES.

Will Jazmin and Shanique leave well enough alone or are they already plotting their next move against Imani and Lia? Tune into Married to Medicine LA next week to find out!