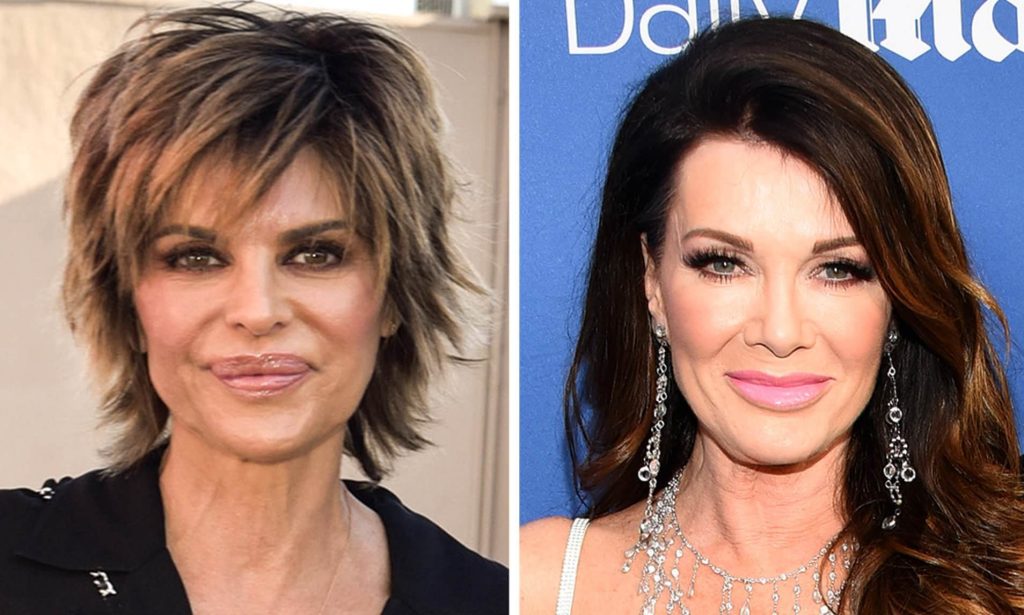 Lisa Vanderpump is no longer in the Real Housewives of Beverly Hills spotlight, but that isn’t stopping her from weighing in on cast drama.

Denise Richards, Erika Jayne, and cast rookie, Garcelle Beauvais have been throwing early Season 12 shade at Kyle Richards, and Kyle has linked her comebacks to her lost relationship with Lisa.

Kyle Richards sounded off on Twitter about feeling abandoned by Lisa Rinna, after a cast dinner went south. 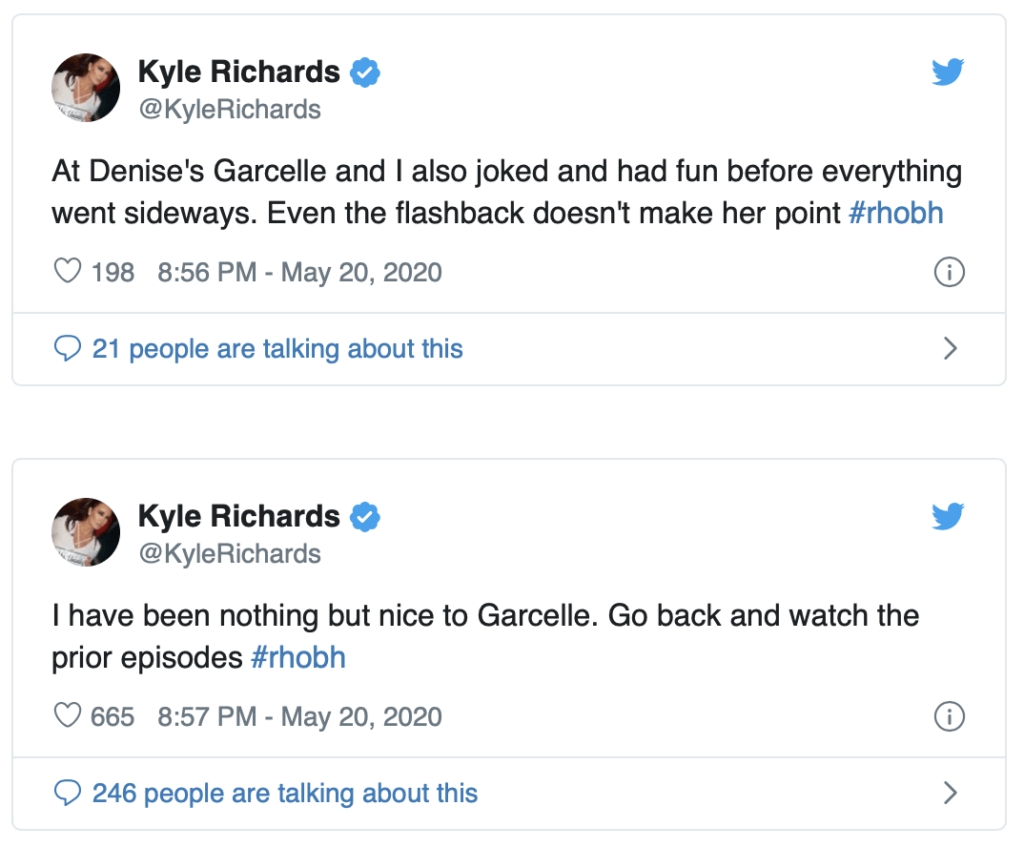 Lisa Vanderpump chimed in, after Kyle Richards shaded Rinna for not having her back. 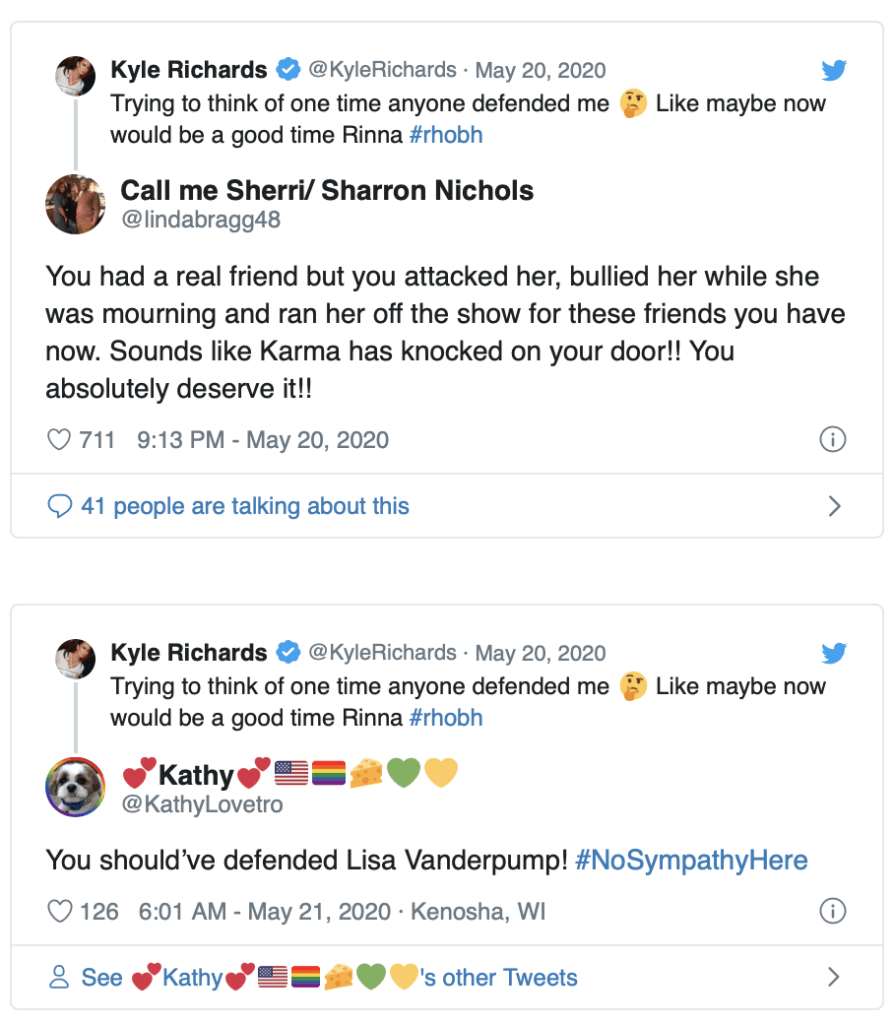 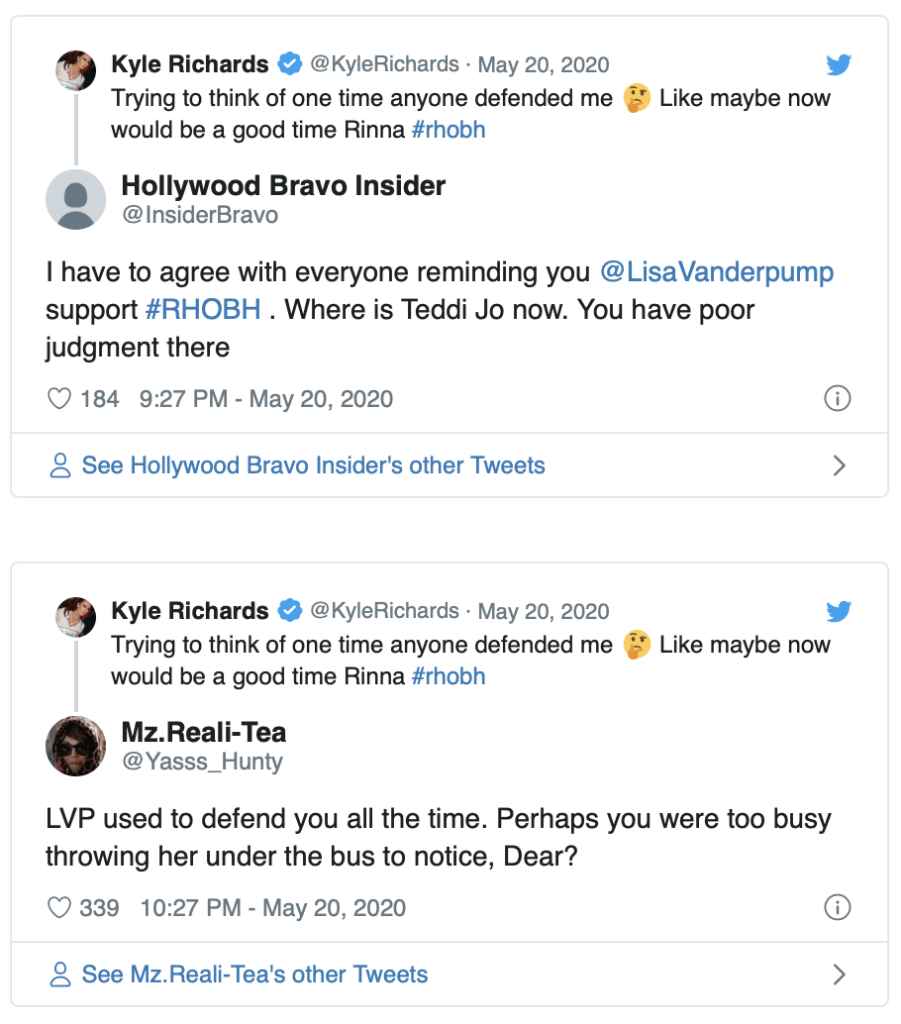 “Errr you did have a very good friend @LisaVanderpump but when she was mourning and going through a difficult time you all turned on her like a pack of wolves…….,” one fan commented — to which Lisa Vanderpump replied, “True dat.” 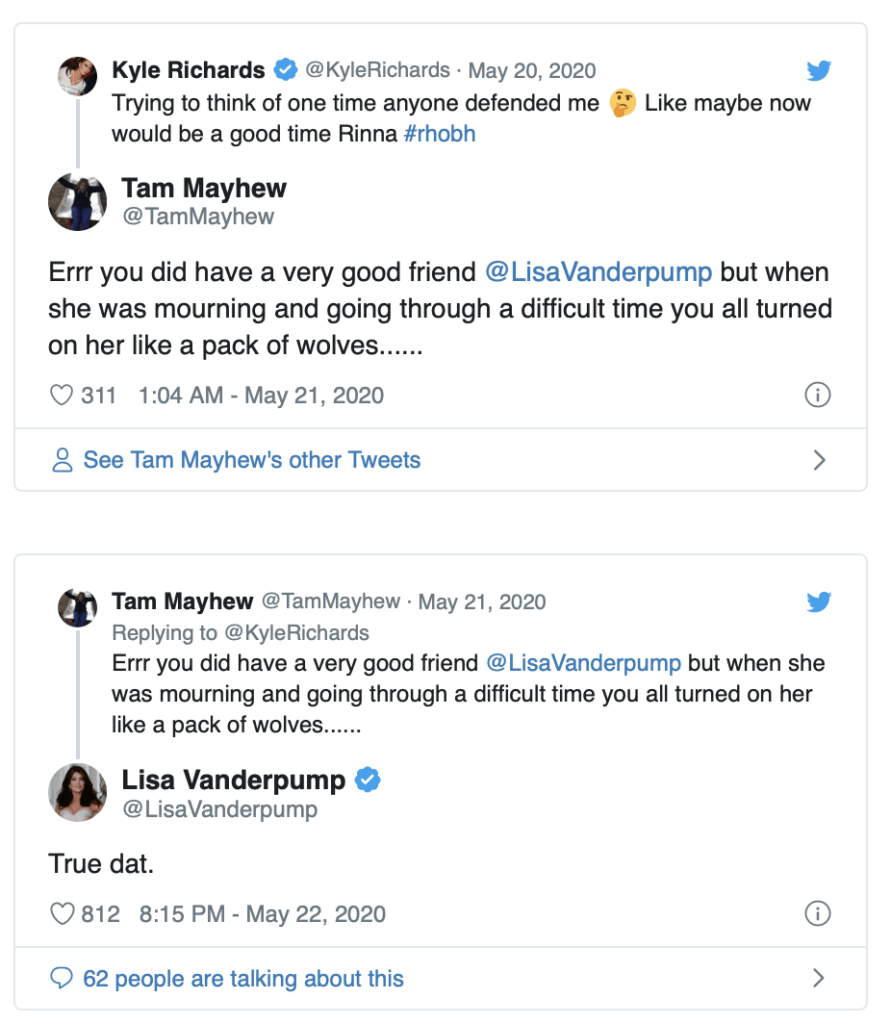 Fans know that Kyle Richards and Lisa Vanderpump’s friendship crashed and burned last season — and never recovered. Kyle later reported that she would occasionally run into her ex-bestie around town, but Lisa eventually confirmed that the friendship “was finished.”

“People keep asking me if it was weird for me to do the show without Lisa, and before we started I did feel weird,” Kyle told Andy Cohen, in April. “Because we had started together, 10 years ago.”

“But once we started filming the show just like takes off, and all these women have so much stuff going on,” she explained. “Things start happening that you really don’t think about it honestly.”