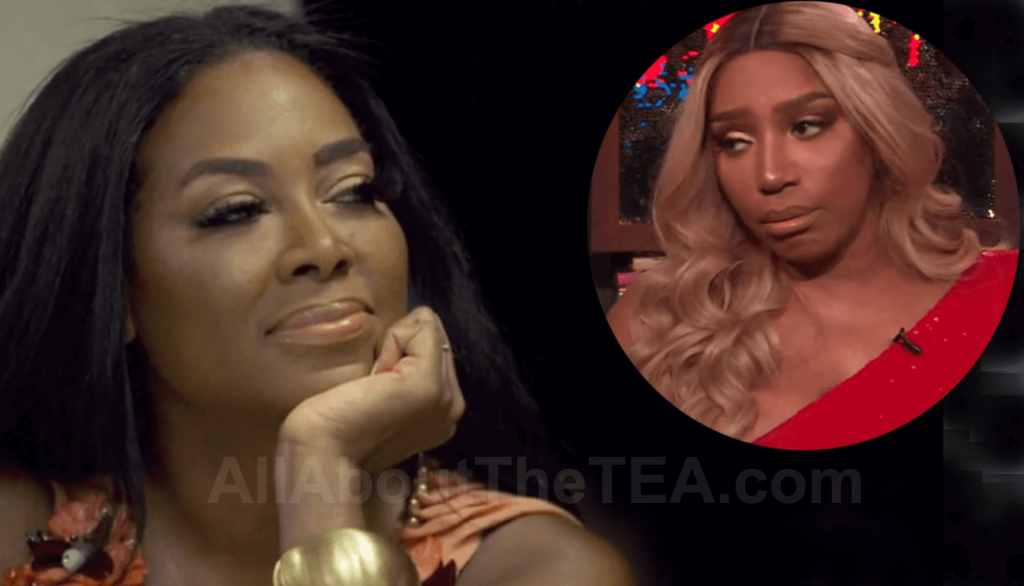 As fans know, when Kenya Moore returned to The Real Housewives of Atlanta in season 12, she was in serious debt after being fired from the Bravo reality series. Kenya was fired in 2018 after refusing to film certain parts of her personal life, like her marriage to husband Marc Daly. The ousting caused her salary to be cut in half to just $500,000. She previously earned $1.5 million before she was dismissed.

In season 12, Kenya Moore came back with a vengeance. The former Miss USA picked fights with most of the cast — from NeNe Leakes, Marlo Hampton, Eva Marcelle, Tanya Sam — not even her bestie, Cynthia Bailey, was off limits to Kenya’s wrath. But Kenya zeroed in on NeNe Leakes and made the OG of the cast her main target in season 12.

During the cast trip to Greece, NeNe Leakes tried to make amends with Kenya Moore but she was shut down in an effort to keep their beef going. Things quickly went south and the two ended up having to be held apart while they went at it at a group dinner.

Do you believe Kenya Moore’s money woes triggered her Real Housewives of Atlanta Season 12 attacks? Sound off below.