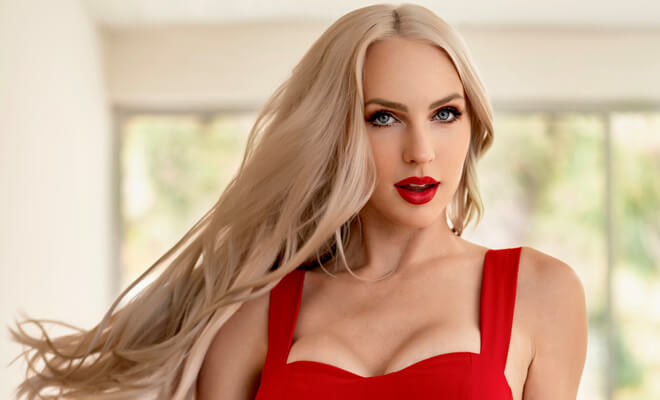 Christine Quinn is the queen of real estate on Netflix’s addicting docu-series Selling Sunset, which has just released their second season. The show follows the lives of the agents at the Oppenheim Group in Los Angeles, where real estate and MAJOR drama go hand-in-hand. This season, the drama gets amped up when a new agent joins the crew and the listings (along with the stakes) are higher than ever before.

Quinn is known as the office’s resident “mean girl” that is never afraid to tell you how she really feels. However, this season fans will get to see a bit of a different side of Christine as she plans the wedding of her  dreams to fiance Christian.

What did Christine have to say on all of the drama this season? Check out AllAboutTheTEA.com’s exclusive interview below to find out.

Q: How did you meet Christian?

“I met Christian through a girlfriend of mine. She’s like ‘Hey, I know that you’re single. I met this guy, he’s really cute. Why don’t you go out with him?’… It was really natural.” 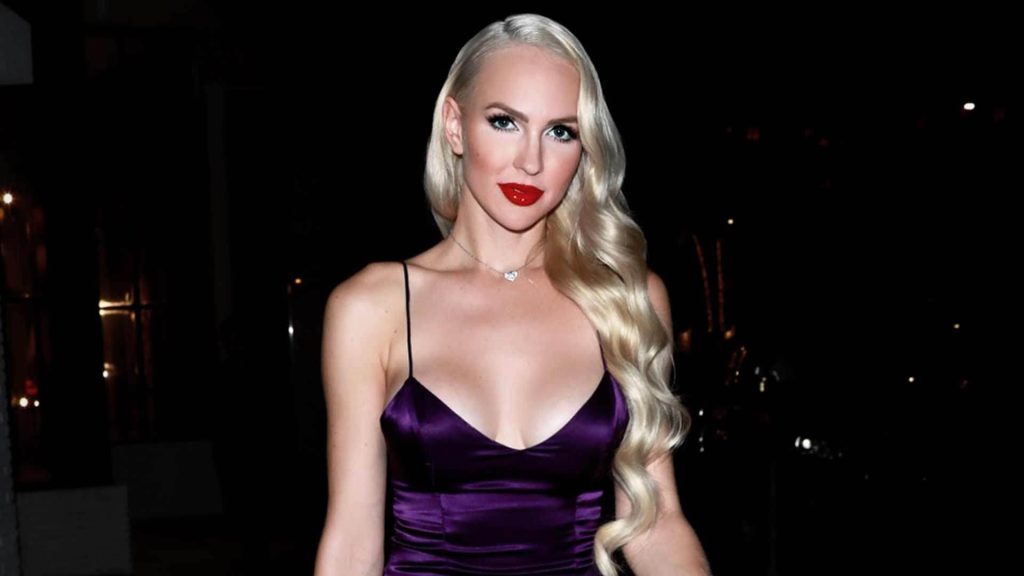 Q: Why did you not tell anyone else in the office about your engagement?

“Honestly, relationships take two to tango. A telephone works BOTH ways. If I’m not receiving anything, then I’m not gonna reach out. I’m not desperate for a friend! I have plenty of friends that check in with me on a regular basis, including Davina, who was the one privy to the information first. After the end of season one, Mary made it pretty apparent that she didn’t care about me standing up for her. Instead, she called my behavior ‘ballistic’. During that time, Mary wasn’t reaching out. I was traveling out of the country for months at a time. I really didn’t want to send a text message so I wanted to wait until I could sit down with my friends, show them the ring and tell them the whole story. I wanted to wait until I was face-to-face with my girls to really tell them any news.”

Q: What is your relationship like with Mary? What changed between last season and this season?

“When Mary and I were roommates, we were both in a totally different place. I feel like the friendship has really run its course… we’ve grown apart. At the end of season one, it really just struck a chord with me that she really wasn’t there for me when I was defending her relationship against the prying questions. Chrishell was asking about Romain, if he pays for things and if they were getting a prenup. Her and I did used to be a lot closer, but her and I never really had the deep conversations that I have with some of the other girls. Mary and Chrishell are the only two girls that are very reserved in their feelings, very careful about what they say and they tell people what they want to hear. When Mary and I were friends, we had a good time… but it was lacking a deep connection.”

Q: Did you want to be a bigger part of Mary’s wedding?

“I would have said last year that I would have never thought that I wouldn’t have been a part of Mary’s wedding. But then this year, I knew I wasn’t going to be a part of it… which was kind of unfortunate, but at the same time I didn’t expect anything from Mary. Her relationship kind of moved on to other people. There were scenes we shot where Mary and Chrishell were in the office talking about her wedding dress and planning a wedding dress fitting together. Honestly, that was so hard for me to hear because I literally threw myself under the bus for this girl and to this day, someone doesn’t talk to me because of it. I put my heart on the line and she didn’t give a shit.”

Q: What is your relationship like with Chrishell and why do you want to be in a good space with her?

“She made it apparent that she doesn’t want to be friends with me. She said she wants to coexist with me for work purposes. It obviously hurt my feelings, but I have plenty of amazing friends and people in my life. I wish her nothing but the best.

Q: What is your opinion on Romain not wanting Davina at the wedding?

“Mary and Romain have never liked Davina and it’s been very apparent. I think Davina’s comment, although completely honest, was used as an excuse to exclude Davina from yet another thing. Do I really think he’s upset about the ring comment? No, not really. Mary has always felt very competitive with Davina because Davina is very successful in her own right without her boss giving her listings and handouts. I feel like that’s always been irritating to Mary that Davina has been capable of doing all these things on her own. She got the biggest listing anyone has EVER had at the brokerage, including Jason. Not to mention Davina is a broker just like Jason, so technically she could be her own boss and open up her brokerage. That really says something!”

“The way that Romain talks to Davina is so disrespectful. I think it’s so off putting to watch a man yell at a woman on camera… I really don’t think she deserved that.”

Q: Why did Mary spread rumors about how you met Christian?

“In all actuality, she didn’t know how we met. She never personally asked questions, she was just playing the telephone game. I had told Davina, Heather, and Maya that I had met him through a friend… then she kind of transformed that. She also made comments about how he was my client, which I really didn’t like because that isn’t true. He was my boyfriend BEFORE he was my client and THEN we bought a house together. That is when the line in the sand was drawn because I found out she was implying I was dating a client. I was shocked by her abstract storytelling. I was shocked she was pretending to know my relationship. You are in control of what you say and that wasn’t a great thing to say.”

“I also feel like she was very jealous of my relationship with all of the other girls. This was kind of a way to turn the knife by spreading these lies.”

Q: What is the real reason she had two different bachelorette parties and why do you think she was so defensive about it?

“I think she had the first bachelorette party to be inclusive to everyone in the office. Then she had the other bachelorette party with her ‘real’ friends. I think she wanted to have one so people would shut up because Mary has a habit of not being inclusive to people, but still have her own party at the end of the day. All of them hid the evidence of the second bachelorette party, with the exception of a mutual friend of theirs that I follow, that’s how we all found out about the second party. Recently, the photo was taken down. Their stupid rebuttels that it was a last minute party, NO it wasn’t!  You can clearly see Amanza, Chrishell and Mary talking about it in the beginning of episode 8. Maya and Heather were both really hurt and upset. Chrisell said Maya was in Miami. Maya flies between LA and Miami once a week, sometimes twice between filming and seeing her family. I know for a fact she would have altered her travel plans if she was invited. It wasn’t about me… I knew I wasn’t going to get invited. All of these girls are afraid to stand up for themself that I feel myself out of loyalty standing up for them. Sometimes it gets me in trouble like it did with Chrishell last year, but no one can accuse me of not being authentic.”

Q: What was your reaction when Amanza and Chrishell were talking about you at the end of the finale?

“I wasn’t surprised. It seems like these girls really can’t ever get over anything. I’m trying to move on and live my best life, in my opinion they should do the same.”