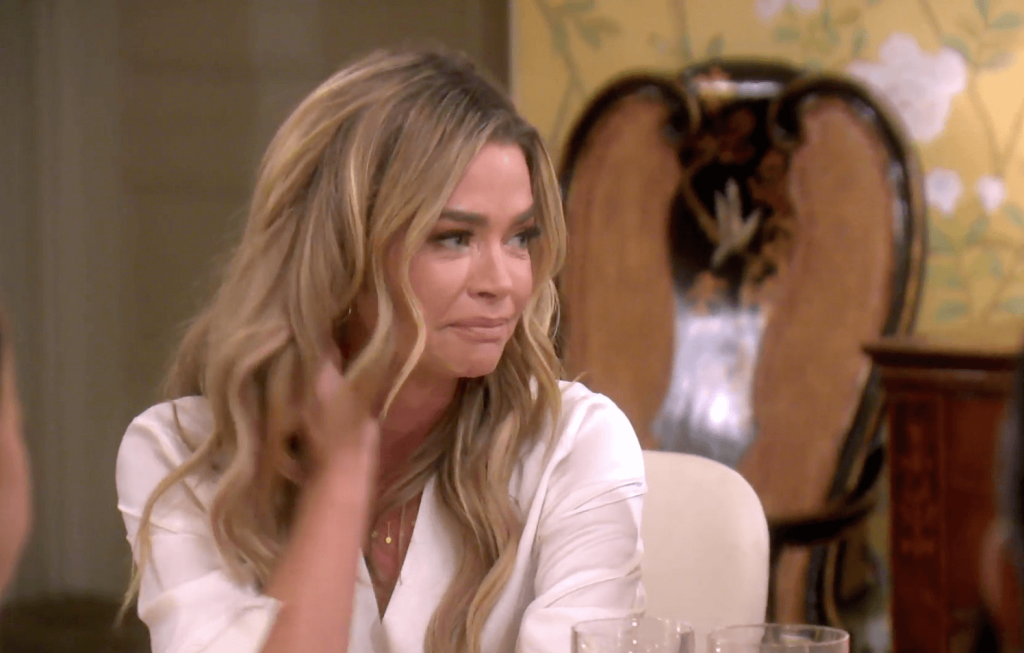 An astrologer gets the Season 10 scandal party started on tonight’s episode of Real Housewives of Beverly Hills. An astrologer tells Denise Richards that her chart is “intensely complicated,” and hints that the reality star is keeping secrets.

“Aquarians are very friendly, they’re open and then, because of the Scorpion moon, you’re also very loving,” the astrologer tells Denise. “But the thing is, there is a side of you that is gonna be hidden. So, of anyone, the one that will have the most to reveal will be you.”

RHOBH viewers know that the pro’s read is likely pointing to the exposure of  Denise’s rumored affair with show alum, Brandi Glanville. Denise reportedly told Brandi that her marriage to Aaron Phypers was an open one, and the alleged relationship lasted for several months, in early 2019.

Denise Richards has denied the claims, and told ET last week — “If it plays out the way it was shot, people will see [my side of things], and if there’s questions, obviously I’ll answer it at the reunion.”

Denise Richards confirmed that she will attend the reunion taping — despite her co-stars commenting that she would likely be a no-show.

“The only people who’ve said that I’m not going to the reunion are some of the ladies on the show, and they never asked me if I was going or not,” Denise told Hollywood Life.

Watch The Real Housewives of Beverly Hills on Wednesday nights, at 8 pm, ET, on Bravo.