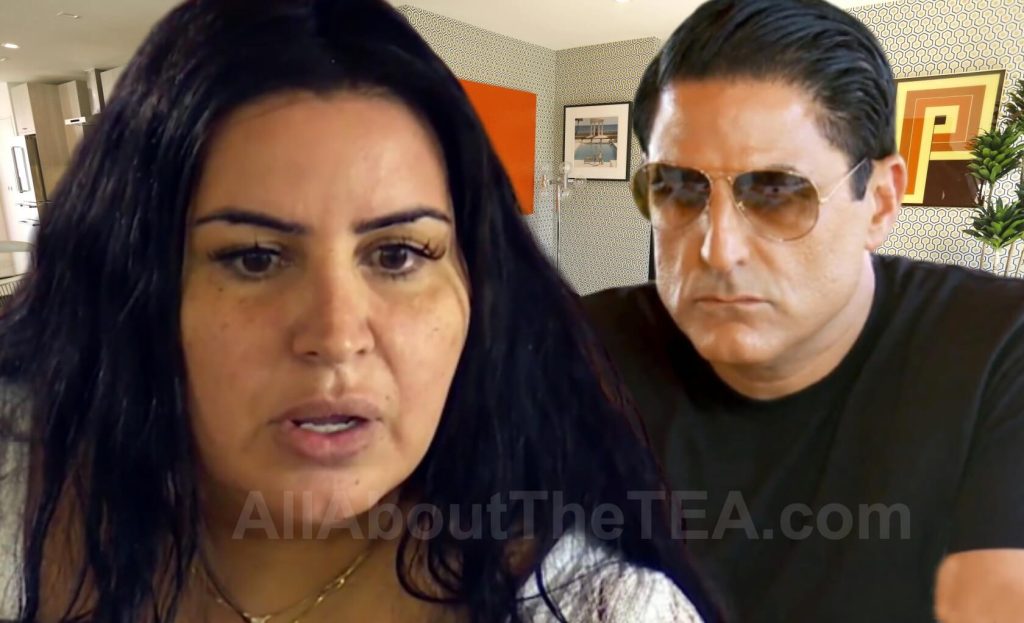 Reza Farahan and Mercedes “MJ” Javid’s 30-year friendship exploded in Season 8 of Shahs of Sunset — and AllAboutTheTEA.com can confirm that MJ stabbed her former bestie in the back to save her reality TV job.

Sources close to Shahs of Sunset told AllAboutTheTEA.com that the stinging betrayal went down before Season 8 started filming.

“MJ was fired. She asked for more money and they iced her out.” A ROCK solid source told AllAboutTheTEA.com.

However, MJ was so “desperate” to retain her Shahs of Sunset gig that she concocted a scheme that would guarantee her return to the Bravo reality series.

The source continued: “She went to producers with all this cheating sh*t and they brought her back. She fed a producer info about Reza’s husband, Adam [Adam Neely], cheating with multiple men. MJ showed the producer texts between Adam, Ali and other men.”

According to a Shahs of Sunset insider, “The show had two terrible seasons with bad ratings. MJ was desperate and sold out Reza for money and fame.”

AllAboutTheTEA.com obtained a private text message MJ sent to the entire cast prior to the start of production on Season 8. In the message below, MJ bids her costars farewell. “Hope you guys have a great season without me!! I cannot wait to watch!” MJ starts her fiery message. 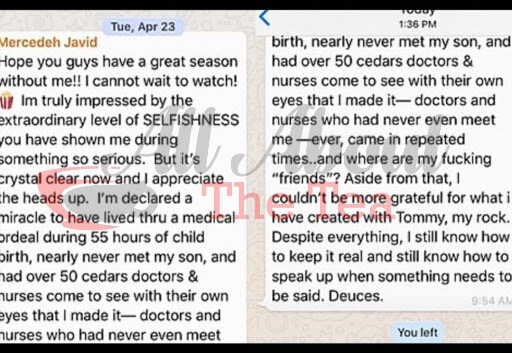 In the text exchange below, Ali Ashouri corresponds with a hairdresser named, Jason, who exchanged inappropriate texts with Reza’s husband, Adam Neely. Ali got ahold of the messages and shared them with Reza during a February episode that resulted in Reza exploding and ultimately ending his 30-year-old friendship with Mercedes “MJ” Javid. 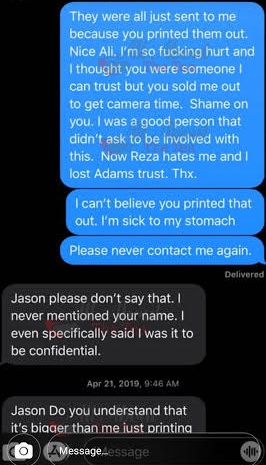 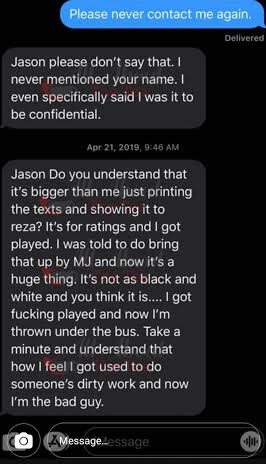 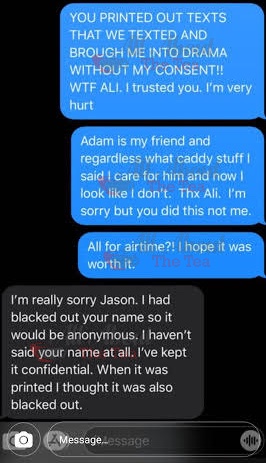 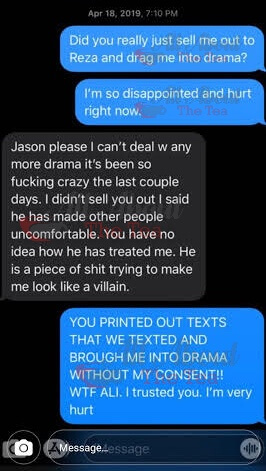 What do you think about MJ’s deceitful betrayal to save her Shahs of Sunset job? Sound off in comments below!