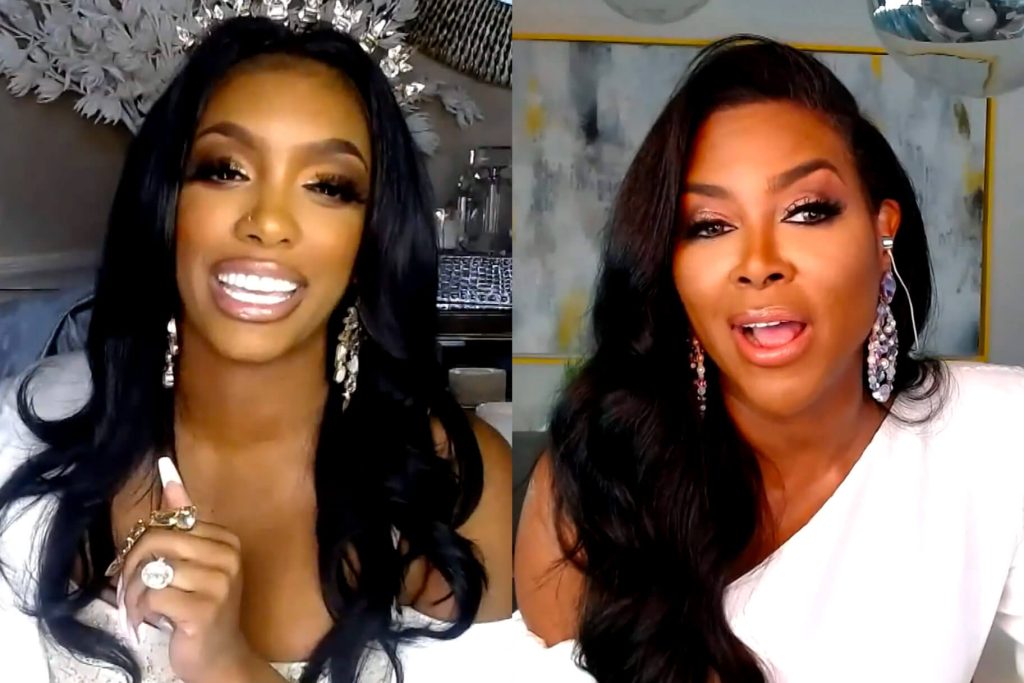 Kenya Moore claimed that she had receipts backing her doubts about Porsha Williams and NeNe Leakes’  reconciliation in Greece during a Real Housewives of Atlanta After Show — but it was Porsha Williams who really spilled the reunion tea.

Porsha Williams confronted Kenya Moore about her and Kandi Burruss calling her  renewed friendship with NeNe Leakes “fake,” during the Season 12 reunion.

“Why did that bother you to the point where you’re like, ‘I’m gonna bring receipts to the reunion.’ Why?” Porsha asked Kenya during the virtual sit-down. “And where are your damn receipts?”

Kenya Moore finally produced the proof she had been promising — alleging that NeNe Leakes  once called her and Cynthia Bailey, after Porsha’s spot on The Celebrity Apprentice was announced, in 2017.

“So she called us and told us, ‘Did y’all see what was in the news today? Did y’all see Porsha’s doing Celebrity Apprentice? Y’all over here thinking she’s dumb. She’s so dumb, but she’s over here making moves. What we gonna do about this?'” Kenya revealed.

Porsha Williams hit back — with her own receipt.

“I have a receipt in my phone — that I will not read verbatim because I do respect private texts at some point — between myself and a Kenya Moore, and this was at a time when she was very much friends with you, the much, much gorgeous, so gorgeous Cynthia, honey,” Porsha said. “And she basically was letting me know that she was gonna get your ass. And that she knows what you are up to. And that she is not here for what you are giving on this show. And that she will be coming for you.”

Cynthia Bailey wasn’t buying it — and weighed in on the back-and-forth.

Porsha Williams did not back down, blasting Kenya as a “fake friend.”

“You’re a horrible friend with your fake receipts,” she said. “But you look cute.”

NeNe Leakes doubled down on her receipt reveal on Twitter, as the episode aired.

“[Nene] was bothered by Porsha doing Celebrity Apprentice and said ‘she’s making moves, what are we going to do about it.’ Trying [to] get [you] fired. Bothered by your success, if it doesn’t matter that’s on [you],” Kenya tweeted.

“If I have a problem I’m going to say to your face. I don’t dog people behind their backs, I’m gonna come from the front,” she wrote. 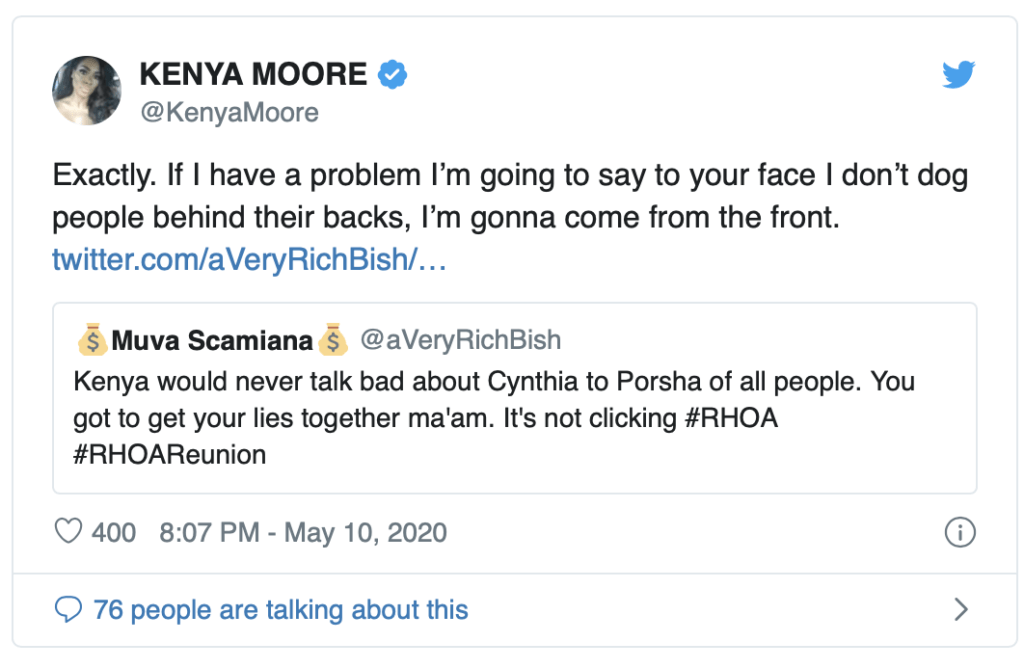