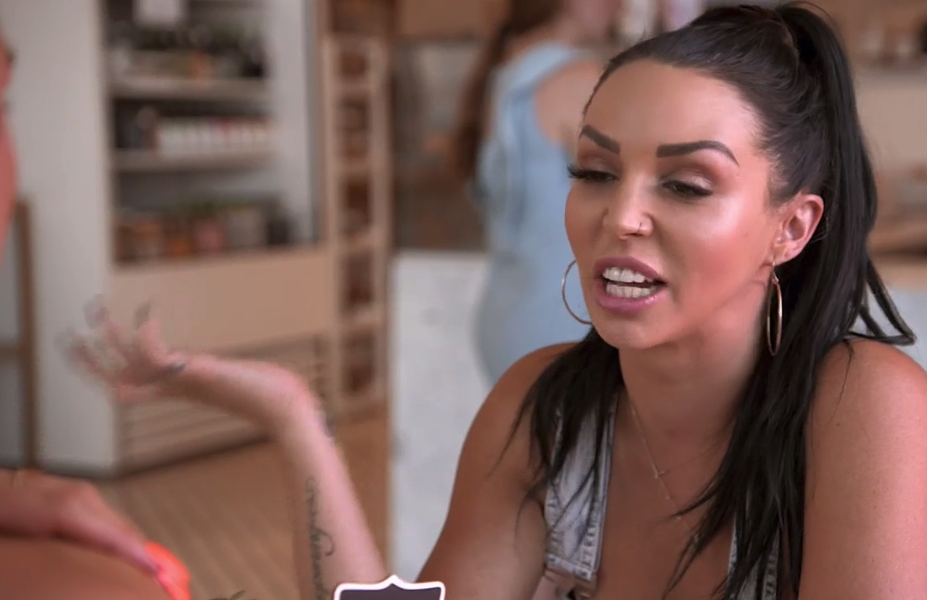 Vanderpump Rules editor, Bri Dellinger, has been fired for admitting she purposely edited Scheana Shay to embarrass the reality diva.

Bri Dellinger appeared on recent episodes of the “Twisted Plot Podcast” with Evelyn Marley — and revealed why Scheana Shay received more than her fair share of humiliating edits.

“If Scheana knows what’s good for her, she’d befriend me because my favorite game is finding all the embarrassing things that Scheana does and putting them all in,” Dellinger snarked in one episode.

She later laughed that Scheana Shay’s memoir goal should be a book entitled — “Death By a Million Embarrassments.”

In her now-deleted apology, Bri Dellinger states other VPR editors will carry on her trend of bias editing. She also reminded the cast that many of the editing decisions are made by Bravo and its executives.

“The network and higher executives who actually made the calls that you may or may not be happy with will remain absolutely the same,” Bri wrote. “In other words, you have not changed the system.”

Read her entire statement below. 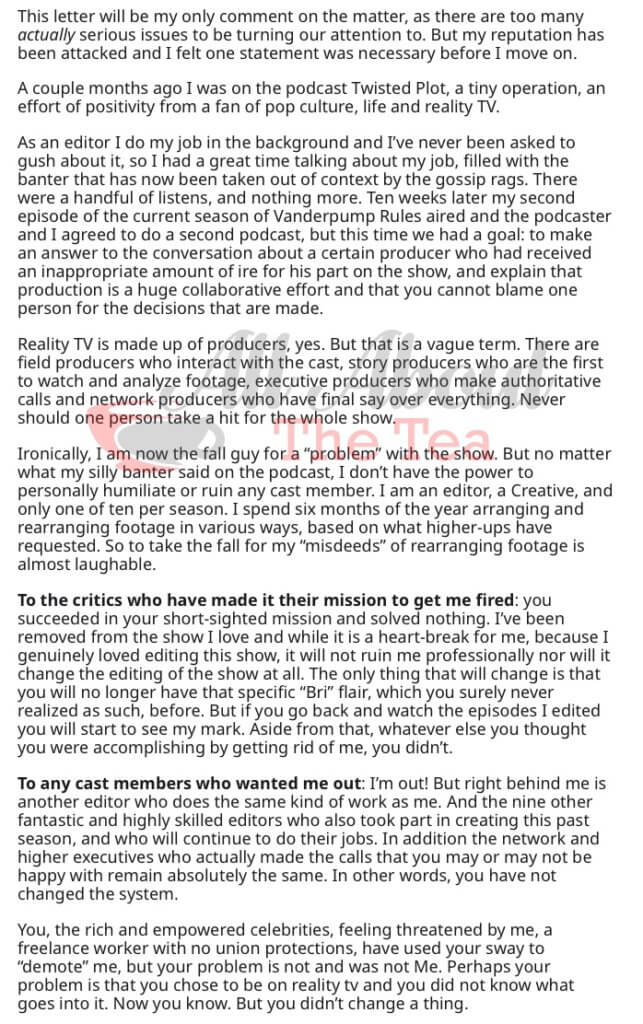 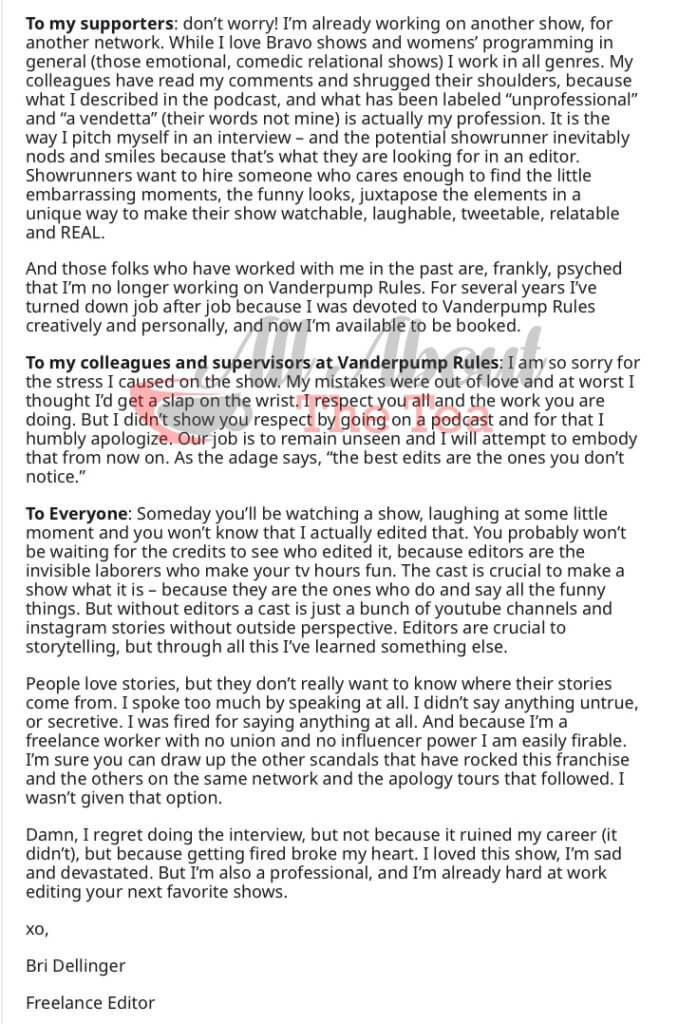