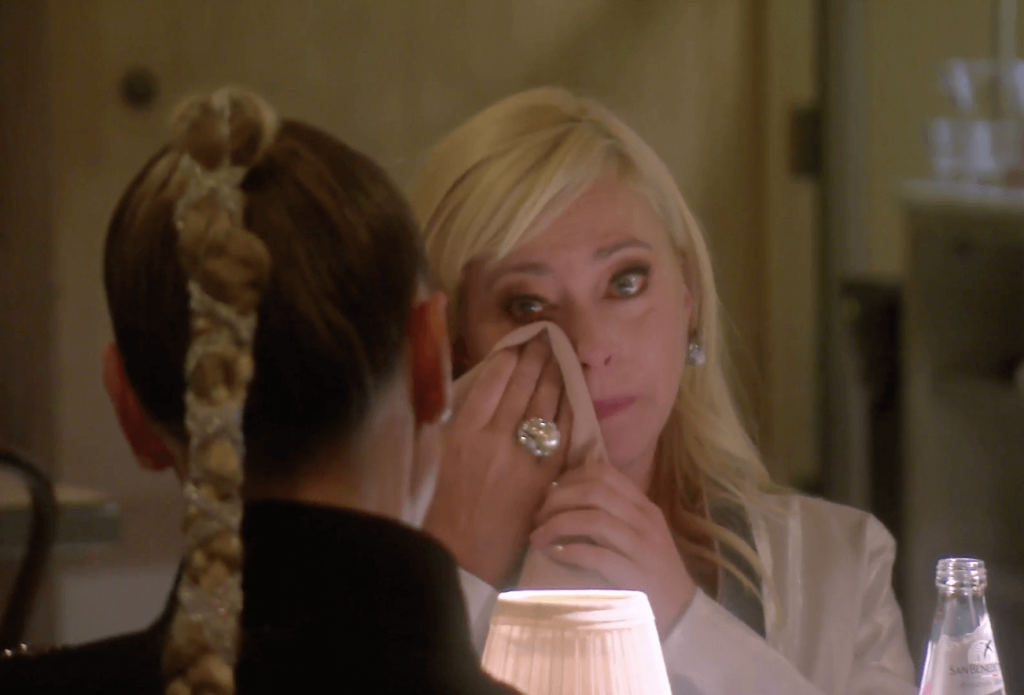 Real Housewives of Beverly Hills rookie, Sutton Stracke, steps out of line at a group event in tonight’s episode, and in a sneak peek preview, Dorit Kemsley calls her out.

Dorit Kemsley claims that Sutton Stracke had said “I’m gonna freak the f**k out,’ at Lisa Rinna’s daughter’s clothing line launch earlier that evening, pointing out that she thought it was the wrong time/place for the remark.

“But it’s not an inappropriate time! What the f**k are you talking about?” Sutton Stracke says in response to Dorit’s criticism.

“She said “I’m going to freak the f**k out!” Dorit says. Sutton fires back— “I didn’t say it like that. What is wrong with you?” 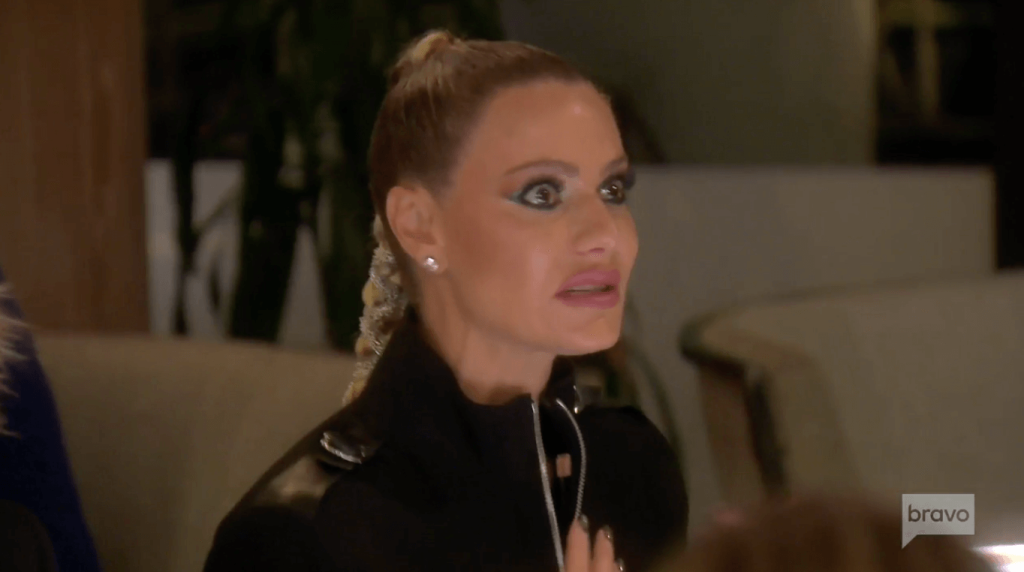 Footage of the scene is revealed in the clip, and Sutton is heard saying, “I’m going to flip out.”

Lisa Rinna chimes in, “Well I’m glad you didn’t do that in front of me because I would have kicked you the f**k out like really fast.”

Sutton Stracke becomes emotional, and Kyle Richards comes to her defense, commenting that the drama was being “blown out of proportion.”

“In seven years, I’ve never seen this side of Lisa that is so aggressive to me. She’s the one that put me in this lion’s den so shouldn’t she throw me a sword or something?” Sutton Stracke comments in a confessional spot.

Sutton tries to shut Dorit down, pointing her finger saying, “You’re not being nice!”

Dorit Kemsley adds — ‘Let me explain myself again…’ but Sutton repeats, “No, I’m not going to play this game with you I swear to God. Shut up!”

Lisa Rinna weighs in on the dinner upset in a confessional spot.

“Shame on Sutton. I don’t care if she’s my friend. She crossed a line that I don’t think should be crossed. You don’t f**k with my kids.”

“To me when someone is going to freak the f**k out, I don’t know what it means, are they going to lose their mind? Are you going to start throwing drinks? I started to panic thinking….” Dorit says.

Lisa Rinna interrupts and said, “Well I would imagine, are you going to ruin the girls’ event?”

Sutton Stracke snarks back, “Yeah, that’s what I’m going to do Lisa. Would I ever do that? No.”

“I would hope not,” Lisa quipped.