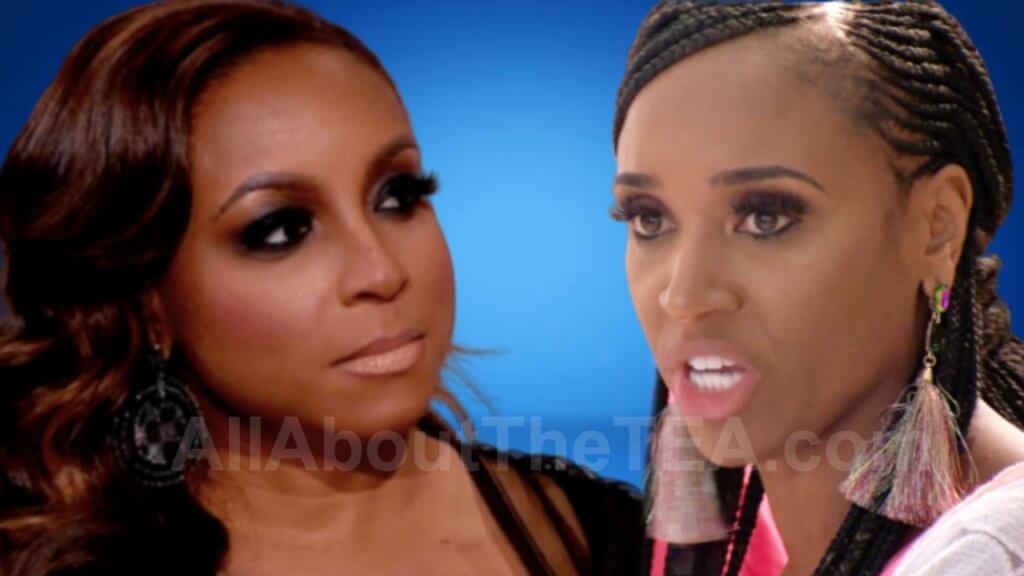 Married To Medicine Season 7 was one of the craziest and most dramatic yet. Even though the season is over, the drama certainly isn’t.

Buffie Purselle  joined the ladies in Season 7 as a friend of the cast. She’s a MrsMD that’s fierce, fabulous, and frugal — and not afraid to say exactly what’s on her mind!

Check out AllAboutTheTEA.com’s exclusive interview below to find out what Buffie Purselle had to say.

Q: Which of the ladies did you know prior to joining the show?

“Before the show started to film, I had dinner with Dr. Simone [Dr. Simone Whitmore] and Toya [Toya Bush-Harris].  I was introduced to Dr. Walters [Dr. Jackie Walters] by a mutual friend – but eventually,  I referred her to one of my clients for a job as the head of women’s clinical research.  She actually called me and we chatted about the position. She said that she was interested and came to the office for a meeting. When I returned to the office, the founders of the business reported back to me that they were surprised about a few things. One of the things they mentioned was that when they said ‘Buffie thinks that we should . . .’ Dr. Walter’s, (cutting them off) said:  ‘Buffie, who?’

“Unfortunately, the dentist [Dr. Heavenly Kimes], who typically is a mouthpiece for Dr. Walters has been going around telling people that I had an issue with Dr. Walters because we met at a party and she didn’t remember my name.  Clearly, that was a flat out lie – something that they both do a lot. It’s one thing to not remember someone at a party.  It’s another to not remember the black woman who referred you to a position where you could earn an extra few HUNDRED grand!  And let’s be clear – my name is Buffie and I am black. I felt like it was shade and when she got in the room with the white folks she forgot about the sister who referred her . . . like some of them did Mariah. So, yes, I DID have an issue with her because I realized the type of person she was. Being who I am, I told Dr. Walters how I felt – to her face – when I saw her next.  She apologized and we moved on.  The only reason I am addressing it now is because I am sick of the Dentist spreading scurrilous lies about my character because she is on Dr.Walters coat tail.” 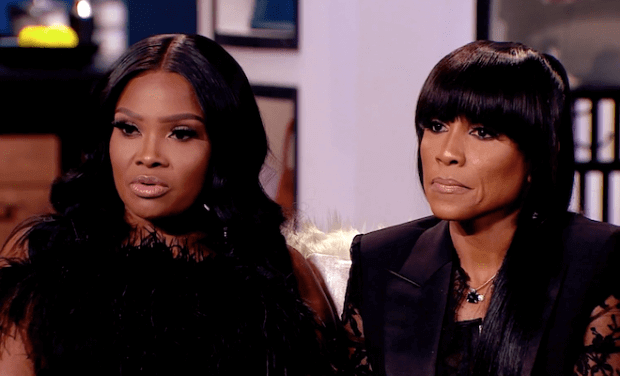 Q: At the first event of the season (Dr. Damon’s surgery center opening) what were your initial impressions of the group?

“My impression was exactly how they depicted it. Five minutes into getting there, they were at each other’s throats! One of the things they didn’t show was that Doctor Metcalfe called Eugene the ‘N’ word and I jumped up to stop what I thought was gonna be a fight… it was just a hot mess, chile.”

Q: What is your relationship like with Joseline Hernandez?

“Joseline is family… she’s my little sister. Her attorney introduced her to me a few years ago to work with my consulting firm. I consult with high profile people like politicians, professional athletes, and entertainers; to help them revamp their images and change their career trajectory. She was a tough cookie and it took her a while to get her to listen to me. We argue all of the time (she is brilliant and sometimes wins) but she respects that I don’t back down.  I’m actually going to be the matron of honor at her wedding… She’s an amazing mother and I’m very proud of her!” 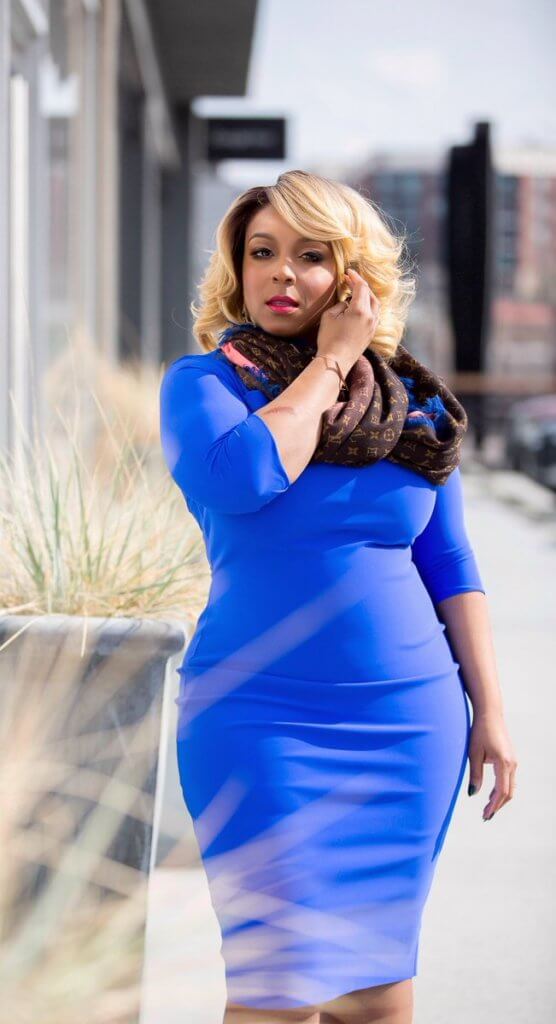 Q: How did you feel when Joseline and Toya got into a little argument at your party? How do you feel about Toya saying you “set her up” at the party?

“I was pissed at both of them because they were both wrong, honestly. I can see where Toya was suspicious of me now that I have seen how some of these women operate, but since then she’s said that she knows what type of person I am and there’s no way I would ever do something like that.”

“The Dentist is the one that started the argument when she said something about ‘bringing that bitch around your husband’ when referring to Joseline when she walked in. You don’t say that! People paid very little attention to that. People also paid very little attention to me telling Joseline to stop. Even after that, we had words like a big sis to a little sis when I found out she had yelled at Eugene. I was really mad about that because he is one of the nicest people in the world.”

Q: Do you think Dr. Jackie had bad intentions when she revealed private information about you at her party?

“Everyone needs to understand that I am not the person that keeps bringing it up.  I definitely didn’t want to keep talking about losing six babies. Who would want to do that?! A number of the ladies kept bringing it up because they wanted to repair Dr. Walter’s  fake saintly image. The way that Dr Walters said what she said, and how she treats me on and off camera (with everyone there to witness it) is what CLEARLY shows her true intentions. Dr. Walters doesn’t like me because I’m ‘fat’ and my personality is true to who I am – I have self love.  No one really cared about my feelings. It was all about fixing the mess that Dr. Walters got herself into. I think they thought I was probably gonna curse her out, but when that didn’t happen it forced everyone to look at what she said and how cruel she said it.”

Q: In Cabo, Dr. Jackie showed everyone a different side of her when you wanted an apology from her. What were you feeling at that moment?

“Again, I did NOT want an apology from Dr. Walters. I don’t want an apology from someone that doesn’t respect me. I had not said anything up to that point because I wasn’t going to say anything at her event because it wasn’t the right place or time. When we arrived in Cabo, she gave me NO respect – none whatsoever. She was pissed because the little chubby ‘friend’ of the show dared to say something to her and she revealed who she really is. To address your question even more directly, Dr. Walters didn’t show a different side…the mask came off.”

“Additionally, the Dentist in Cabo said, ‘Jackie didn’t lie, your uterus doesn’t work… does it?’; that’s what she said when I cursed her out. For the record, my uterus does work.”

Q: At Toya’s housewarming party, Contessa had a very aggressive approach when dealing with you when you were upset. How do you feel about her “different” approach and what were you feeling at that moment?

“Dr. Metcalfe didn’t have a different approach, she wanted some camera time. I’m certain people said the new girl is sucking all the air out of the room, you better get down there and do something – since she’s the least interesting person on the show. She didn’t come to my party and she was late when I hosted the spa day, she was shading me the whole season. I clearly was over being forced to have to talk about something that was so painful to me. It wasn’t like I was crying because someone called me fat or that the Dentist said my husband was going to sleep with my house manager. I cried because I was forced to keep talking about the deaths of babies that my husband and I wanted for women that clearly didn’t care. Also, what you didn’t see is that she came downstairs and said, ‘Everyone in the room has a baby except for you, let me rock you on the floor like the baby you’ll never have’, they cut that out of the episode — that is why my REAL friend, Mariah [Mariah Huq], f*cked her ass up. Because some stuff is just too much! And let’s be clear — and remember that when Dr. Metcalfe was crying in Cabo because she made the decision to leave her beautiful family to pursue her new career goal – I comforted her. I didn’t judge her (as you saw on the episode). I didn’t yell – suck it up we ALL have issues like she did to me.”

Q: At the reunion, Dr. Jackie did seem to give you a very sincere apology. How did it feel and are you in a better place with Jackie today?

“Her apology did seem very sincere, I believe she was very apologetic about what happened after my Instagram post went viral. We are in the same place we were at the end of the reunion. That’s the last time we spoke to each other. I am definitely not surprised that I have not heard from her being that she is in the sunset of her life and is probably spending quality time with her loved ones.”

Q: Is there anything that you would like fans to know about you?

“What I learned is that people are gonna believe whatever they wanna believe. You just have to be authentic and be yourself. One of the reasons that I wanted to be on Married To Medicine was that I wanted to show that women like me exist and we thrive. We can be sensitive, empathetic, kind, flawed, thicklicious (as my hubby calls me) successful and strong. There is nothing so different about me except for my name.  So, because I created several businesses, 22 years ago, and provided good careers for people in my community who look like me and later passed that on to my little sister and her son, anyone can.  Now that I gave my sister my tax practice and I sold several of my other businesses I have time to work on other projects I am passionate about like my philanthropic endeavors, helping people learn to Crawl Before they Ball with their personal finances,  and helping small business owners realize their dream of running their own businesses.”