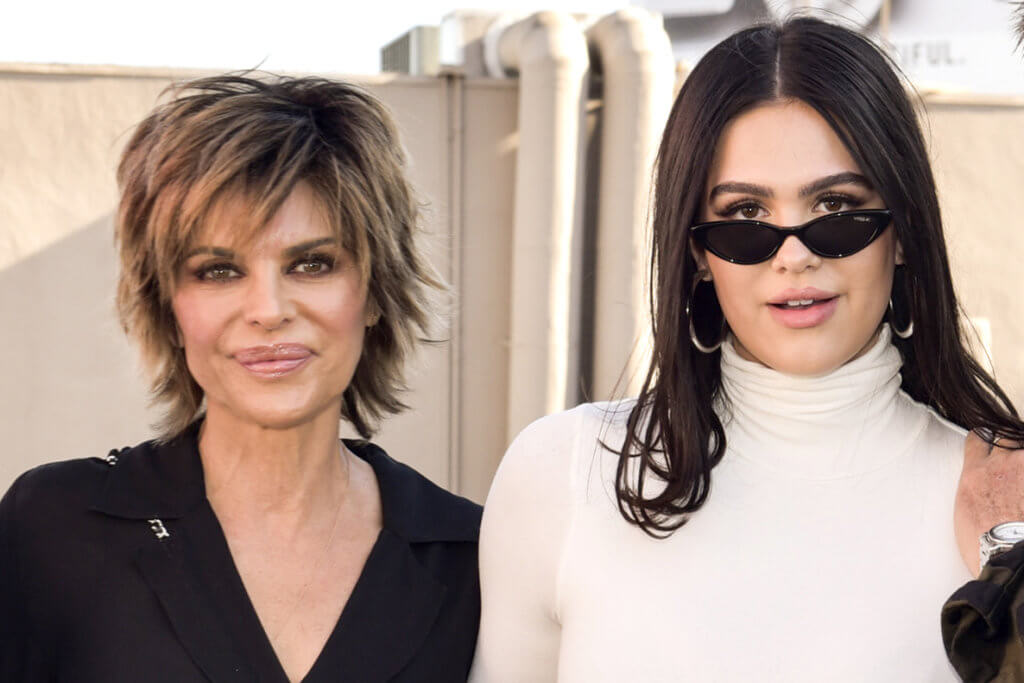 Lisa Rinna snarked about the college admissions scandal on Wednesday’s Real Housewives of Beverly Hills, while helping her daughter, Amelia Gray Hamlin, to get her life back on track.

Cameras captured an honest interaction between Lisa Rinna and her 18-year-old daughter, the teen admitting that she was not emotionally ready to balance college and a modeling career in New York City. Amelia opened up about her struggle with anxiety, and Lisa Rinna explained what triggered her decision to bring the teen home.

“I’m going to figure out my anxiety next week,” Amelia told her mom. “It’s just like pretty bad, and, I don’t know, I want to get evaluated.”

Amelia revealed last year that she was dealing with an eating disorder.

“Amelia’s come a long way,” Lisa Rinna said, during the episode. “But when I was in New York after Kyle’s fashion show, I was able to spend some time with Amelia, and in spending time with her, I could see she was in trouble.”

“When I’m in situations that I don’t want to be in or that I’m afraid of, all of my decision making tactics and my brain shut down and I just start shaking and I start freaking out. I’ve thrown up before,” Amelia shared.

“I think what was at stake for Amelia if she stayed in New York was her life,” Rinna said in a confessional spot. “Would she become suicidal? Would she make a bad choice in a split second because of depression? You do not f— around with that when you have a teenager.”

The duo revealed that the plan was to transfer Amelia to USC, after getting her anxiety under control. Rinna couldn’t resist making a crack about Fuller House star, Lori Loughlin and husband, Mossimo Gianulli’s involvement in the college admissions scandal.

“Good, because I’m not going to put you on a rowing machine and take a picture of you and say that…” Rinna joked, referencing Loughlin’s daughters Olivia Jade and Isabella Rose Giannulli.

“That was the wrong thing to say,” Amelia told her mother. “I’m trying to get into USC here. I’m like, let’s not…”