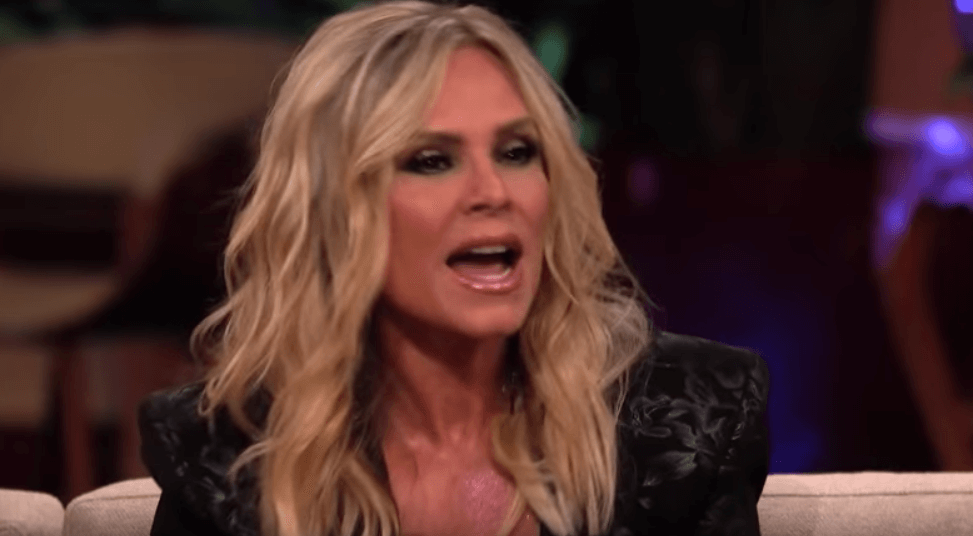 Tamra Judge is threatening to return to the Real Housewives of Orange County stage — to confront Shannon Beador over their broken relationship.

Tamra Judge sounded off during an Instagram livestream on Tuesday, sharing that Shannon had accused her of shutting down communication.

“She sent me a text like, ‘what’s your problem? Why didn’t you call me?’” Tamra said. “And I didn’t even respond… I’m like ‘I did call you!’ And you sent me to voicemail. Like I’m tired of calling you.”

“I’m not going to beg for your friendship anymore. Nope, not happening,” the RHOC alum added. “But she still knows that I’m hurt more than anything. I thought that we were really good friends so hey…call me.”

Tamra Judge commented that she would be willing to make amends if Shannon Beador apologized — before shifting back to drag mode.

“Then again the more time goes on the more p**sed off I’m getting.”

“Like why wouldn’t you call and say like ‘how are your kids? Like their dad is going through the roughest time of his life, how are the kids doing?’” Tamra said, referencing her ex husband, Simon Barney’s February throat cancer diagnosis.

“So I’m sad and hurt. I don’t know if she’s going through something tough in her life as well but I’ve always been there for her,” Tamra said of her former bestie.

Tamra Judge then hinted that she might be up for a RHOC cameo appearance.

“Maybe I’ll come back to the show this season and ask her. Maybe I’ll just show up to a party and be like ‘hey!’” Tamra snarked.

Earlier this week, Tamra responded to a follower who asked if Shannon only cared about a made-for-TV friendship.

The Real Housewives of Orange County is expected to return later this year.