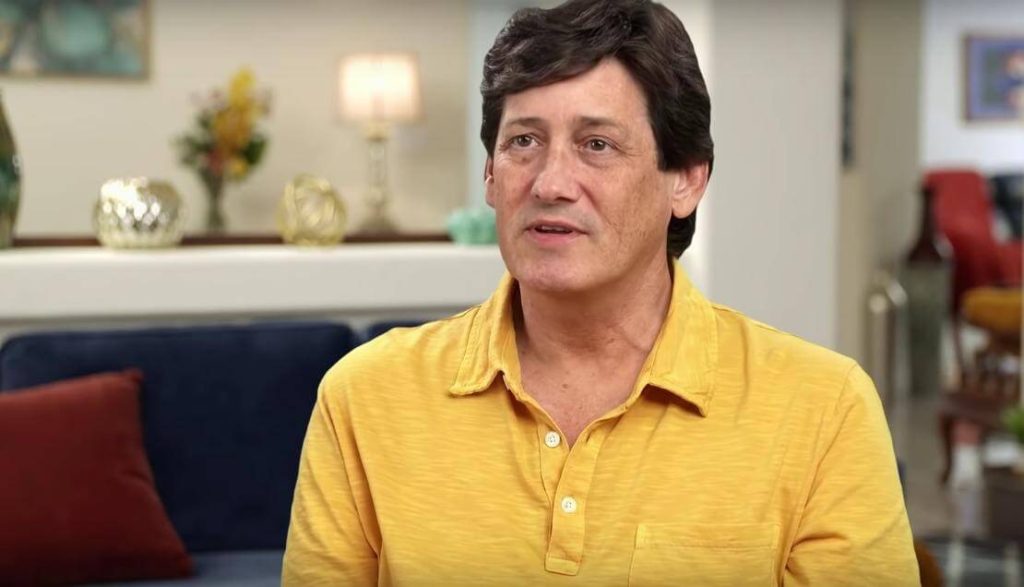 90 Day Fiance: Before the 90 Days personality, David Murphey, is denying that he’s the victim of a Ukrainian catfish — and is accusing TLC of misleading viewers.

Fans have been following David’s pursuit of love on the popular reality series, and are sounding off about his seemingly naive refusal to accept that  his Ukrainian love interest, Lana, is a scammer. David traveled to Ukraine to connect with Lana in recent episodes of the show — only to be stood up for the fourth time.

David hunted Lana down at her alleged address, and hit a dead end. He even hired a detective after he returned to the United States, but the pro only confirmed that David had been bamboozled. David flatly dismissed his findings, and ignored his friend/translator who tried to convince him that his dream girl did not exist. David also refuted the claim that Lana was making bank off a website that raked in roughly $100k of David’s cash. 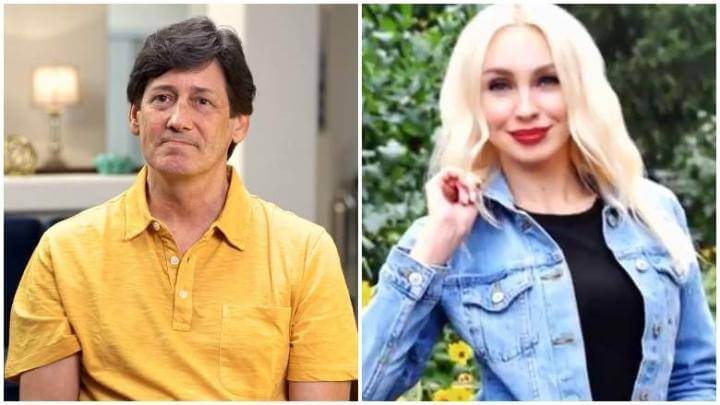 David claimed that editors are crafting their own narrative — and that they cut out filmed conversations with Lana.

“They edited it like she doesn’t exist,” David told a fan on his Instagram account. “All parts that have her speaking to me and on camera have been cut I have been told.”

David also said that the network cut the private investigator validating one of Lana’s excuses for not showing her face.

“The PI verified that her brother died when I knew he did,” David said. “Unfortunately that scene appears to be cut. Kind of gives you an idea how they want my narrative to go. I don’t control editing.”

David also tried to explain away Lana’s financial game, in a series of responses to an Instagram fan account.

@90DAYFIANCETODAY: Dave says the PI didn’t expose anything Dave didn’t know already. How these sites are supposed to work is the women go to an agency that opens the profiles. Doesn’t mean people can’t take those pics to create fake profiles. If that’s common, is there a chance Dave isn’t talking to the actual Lana?

COMMENT: Can he walk over to Yolanda’s house and have her kids reverse image Lana’s pic for him? Please.

DAVID: You people are funny with your crazy theories. Anything but the truth. You can’t handle the truth. So your brains must come up with a simple theory.. hahaha….image search all you want. What does that prove. Think about it….nothing. It’s Lana, and with my experience I never talk to a woman that I can’t see on camera. So again, it’s Lana.

COMMENT: He hired the guy, something is wrong with this old dude, I’m starting to feel sorry for him.

DAVID: Don’t feel sorry for me. I haven’t wasted anything and have no regrets.

COMMENT: You are either the greatest 90 Day troll ever or something is wrong.

DAVID: Well I don’t control the editing and you don’t know the entire story. That Starbucks you had last week seems like a waste to me also.

COMMENT: He has been to the Ukraine many times. He has dated women from this country. Do NOT tell me he has no idea this scam happens. This whole story line needs to just end. TLC needs to replace the Davids the Yolandas and Darceys with “legit” couples. Way more entertaining and less annoying. It amazes me how people will portray themselves for the 15 minutes.

DAVID: Making up lies doesn’t make them true. Of course she does not get paid. That would be fraud. The websites are USA companies and can be sued. Murder is illegal. That does not mean it does not happen. So a scammer can get by and the websites deal with them swiftly.

DAVID: Yes I pay the website to access profiles of women that belong to marriage agencies in Ukraine. We pay for access to not be scammed. If you are communicating through a free site or from a social media invitation, you are asking to be scammed, but even then you will not be if you never send money. Don’t ever send money. Seems to me that most of the people on the show meet from a social media invitation. If these people are happy with marrying someone that is transparent in that they just want to come to America, then more proper to them. Using the legit sites is not cheap. But for those of us that can afford it, it is wonderful fun.

COMMENT: OK, so the agencies are matchmakers? That’s very interesting I didn’t know it was such an involved process.

COMMENT: Hi David, I hope you will meet the girl in the photos just to realize that she’s an employee who has to make men pay for chatting. No love or sentiment is involved in this story. Her profiles are still available and online in several dating sites.

COMMENT: It is painful to watch you. If you are acting obtuse on purpose, please have more self respect. You come across as lonely and desperate, holding on to a dream that wants nothing to do with you.

COMMENT: Editing? You still said the words David. Facts are facts. 7 years, $100,000, stood up 4 times, tracked her like a rabid dog then hired a PI. Editing didn’t make you look stupid, you did that on your own.

COMMENT: David, I hope you learned your lesson with fake Lana! You have now made yourself a target for scammers all over the world! People are going to come after you to try to scam you. Before you go back to online dating please, educate yourself about online scammers. Don’t give out your money, date of birth, SSN or your address! I hope you find true love!

DAVID: Too bad for them I am too smart to be scammed. Bring them on.