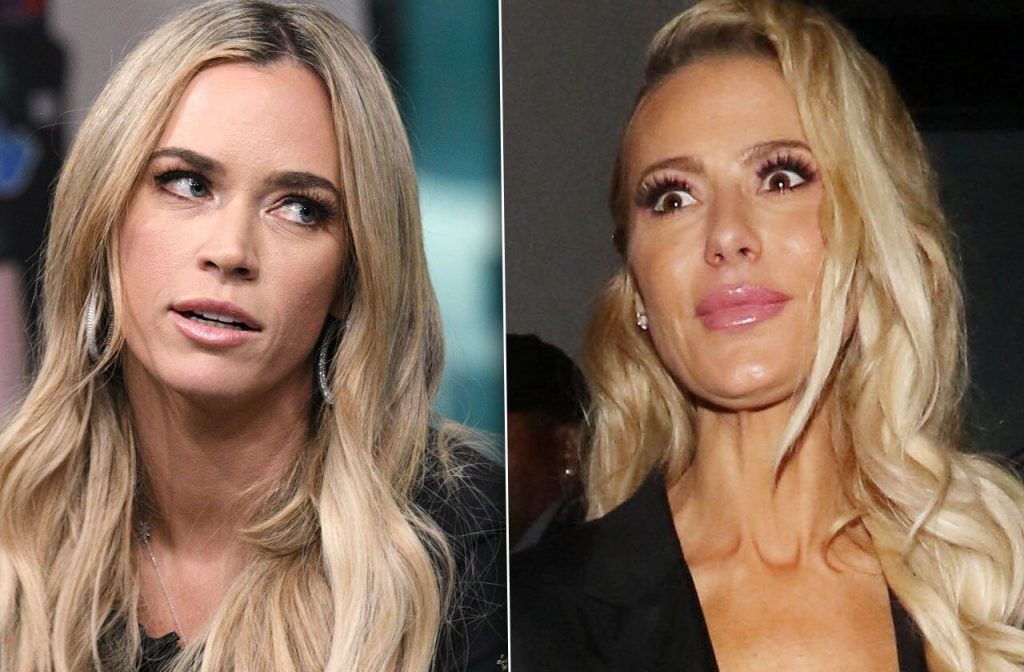 Dorit Kemsley and Teddi Mellencamp are reigniting an old feud, as Season 10 of the Real Housewives of Beverly Hills takes off.

Real Housewives of Beverly Hills fans will remember that Dorit Kemsley and Teddi Mellencamp swapped jabs in Season 8, after Dorit arrived late for a date to have drinks. Teddi rewound the incident when responding to Dorit’s confessional snark about her early arrival at Kyle Richards’ dinner party.

“What did she do, move into Kyle’s house while she was away?” Dorit commented in a confessional spot.

Teddi Mellencamp responded on Twitter, writing — “No Dorit I didn’t move into Kyle’s this is just what being on time is like.”

“Says to the woman who was ‘on time’ #so2yearsago” — Dorit fired back. 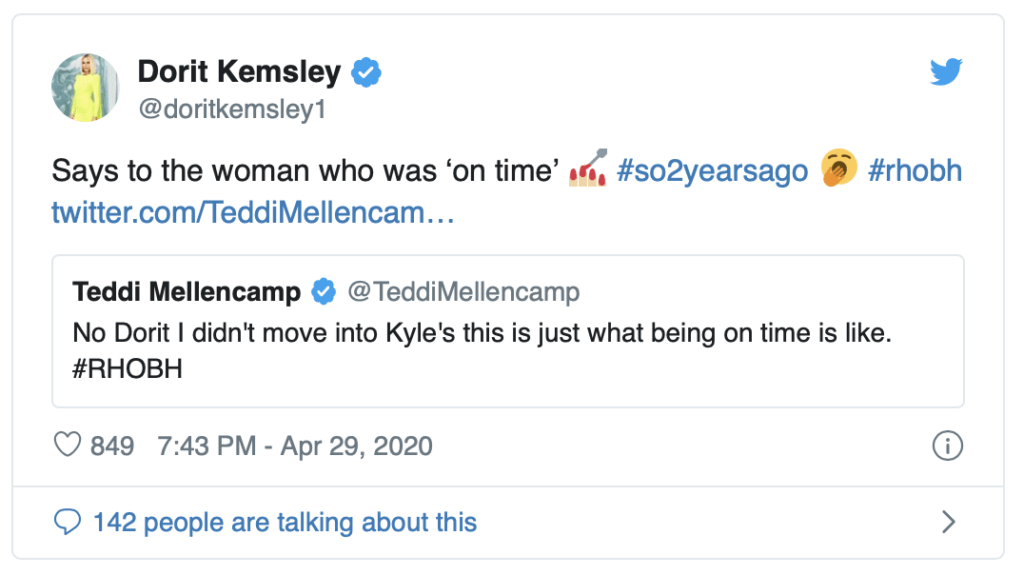 “Only one of us moved in right next door” Teddi snapped back. 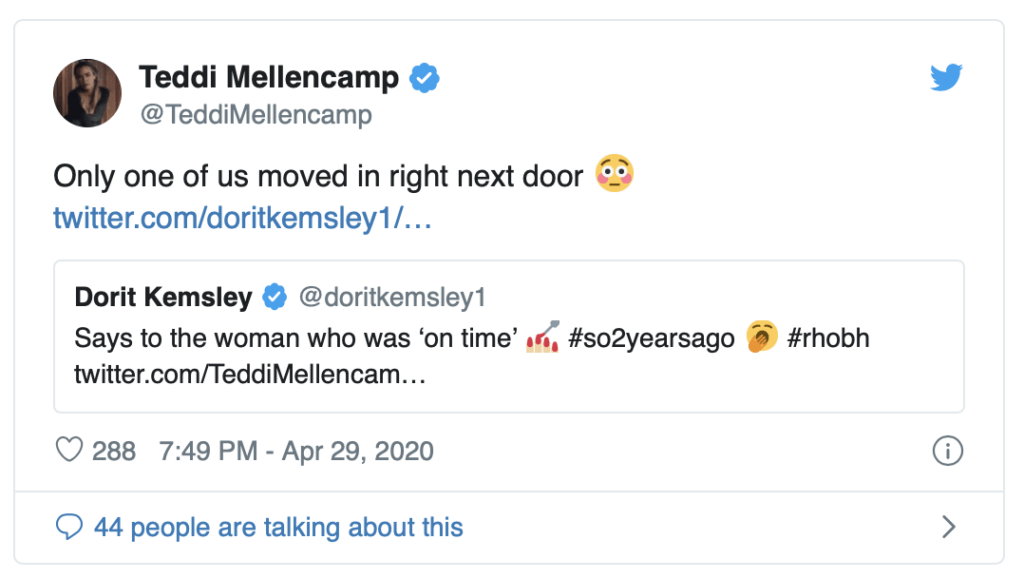 Dorit Kemsley addressed the made for TV friendship during a recent chat with Us Weekly.

“We do tease one another. We’re very different in personalities, and then we have some similarities,” Dorit told the outlet. “She can be judgmental. I’m not sure I’d say it’s just when she’s pregnant, to be honest, but yes, I did call her out on it. That’s the fun of the show also, is being able to call people out when you do have a difference of opinion. But also not in a nasty way per se.”

Dorit Kemsley gave a nod to the tension between Teddi and newcomer, Sutton Stracke, while weighing in about Teddi’s wishy washy invite to a business event, in a separate interview.

“The thing with Teddi’s invites is she’s trying to cover all the bases,” Dorit said on Juicy Scoop. “She’s trying to be the super-chill, whereas if she was just herself and saying, ‘Listen, I’m having this.’ Just say it. You can’t dance around. It [became] convoluted and hard to follow.”