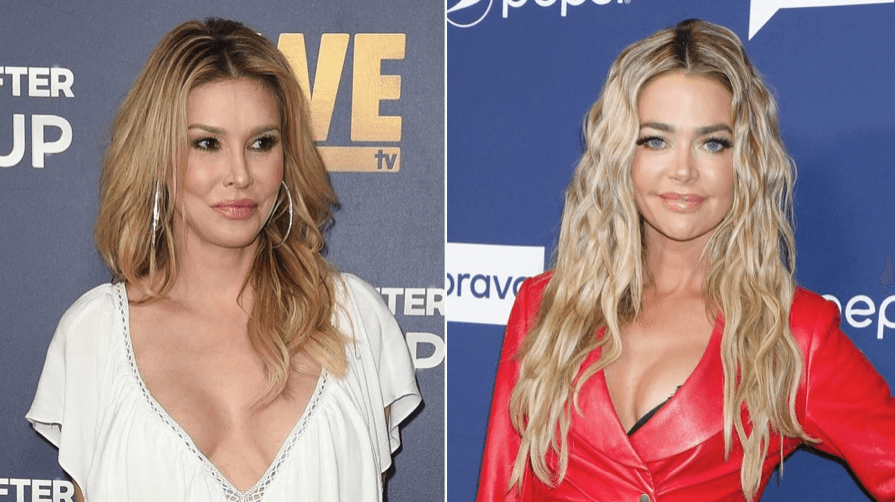 Real Housewives of Beverly Hills fans know that Bravo has been building to the exposure of the alleged affair between Denise Richards and Brandi Glanville, and that the drama will unfold on Season 10.

Brandi Glanville will pop onto the RHOBH scene as a “friend” of the cast — but reports  that she has been shut down, when it comes to spilling any preview tea on the scandal.

Brandi responded to a curious Instagram follower, asking the outspoken reality star about her relationship with Denise.

“She sent me a cease-and-desist I will not talk about her,” Brandi said.

Brandi Glanville loves to mix it up with fans on Twitter — but recently revealed that Bravo had ordered her to stay tight lipped about the hot topic of the season.

“I’ve been asked by Bravo to stay off social media talking about Housewives,” Brandi tweeted.“That is the ONLY reason I am not replying to you fu**ing hater cu***! Cu** wait for open season.”

I’ve been asked by @BravoTV to stay off social media talking about housewives… that is the ONLY reason I am not replying to you fucking hater cunts! Cunt wait for open season ?

The cast has been freezing out Denise Richards — but that the reason has nothing to do with her alleged fling with Brandi Glanville.

“The real reason they’re upset is over the things Denise Richards said behind their backs about them as individuals to Brandi, and that’s why they’re actually not speaking. They feel Denise didn’t own what she said,” an insider told Hollywood Life. “The RHOBH ladies don’t really care all that much about the Denise and Brandi affair and if it happened or not.”