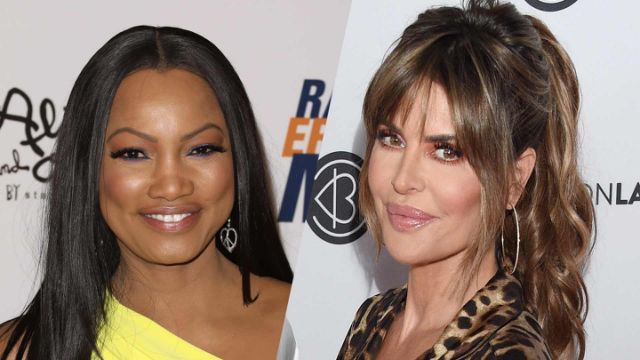 Real Housewives of Beverly newbie, Garcelle Beauvais, made a splash on the premiere of Season 10 — and recently dished about the cast “pot stirrer,” Lisa Rinna.

Garcelle Beauvais admitted that she saw a different side of Lisa Rinna, while filming the series.

“I got along best with Denise [Richards] and Erika [Jayne]. It’s funny because I’ve known Lisa for so long,” Garcelle told the Hollywood Life. “I felt like I don’t know this side of her or I’ve never known this side of her. She was definitely the pot stirrer this season.”

Fans watched Lisa Rinna stir it up on the very first episode, after the show pointed to a future affair bombshell involving Denise Richards and RHOBH alum, Brandi Glanville.

Rinna quipped that “Denise has a secret,” and “no matter how hard” she tries to keep it secret, “the truth always comes out.” Rinna reminded the audience in a confessional spot that the ladies “sign up to show our real lives, and — you can’t hide anything.”

Garcelle Beauvais, 53, admitted that she had not connected with Lisa Rinna since filming wrapped.

“Have we hung out since the show? No. We have a group text that goes on between us, the housewives, but we’re OK,” the rookie Housewife said. “I don’t necessarily think that the minute we’re out of quarantine I’m having lunch with her.”

The former Jamie Foxx show star revealed that her relationship with Lisa Rinna had been low key, before joining the cast.

“I’ve always been a fan of Beverly Hills, obviously, I know Lisa and I know the other ladies from fancy events … I just never thought of myself on the show,” Garcelle admitted. “I don’t know if I would say [Lisa acted differently] when the cameras turned on but I’ve never really spent [time], or been around her when there’s drama.”

The Real Housewives of Beverly airs Wednesday nights, at 8 pm, ET, on Bravo.