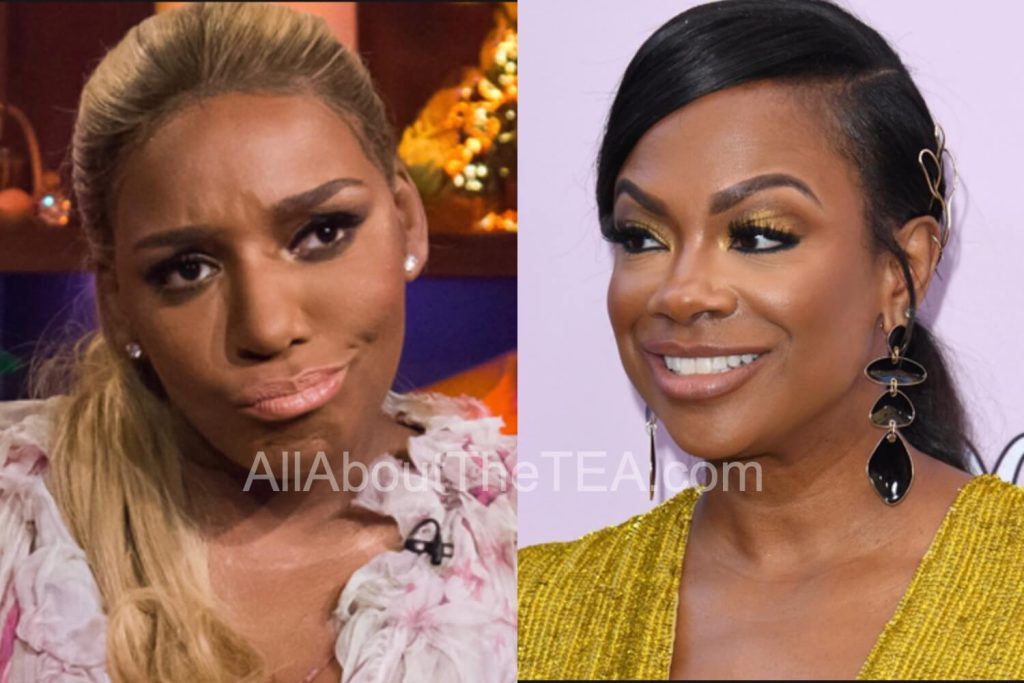 NeNe Leakes and Kandi Burruss are feuding again after the Xscape songstress threw some shade at the Real Housewives of Atlanta OG recently.

After the March 15 episode of The Real Housewives of Atlanta aired — NeNe Leakes blasted Kandi Burruss via YouTube for constantly throwing shots at her.

During a recent episode, Kandi Burruss commented that NeNe Leakes did not have any real friends — NeNe clapped back by mentioning Kandi’s former BFF, Phaedra Parks.

“Ain’t nobody over here did nothing to her… But you so happy to sit here and see me beef with someone”, NeNe Leakes says in the clip below. “Let us see you and Phaedra go toe to toe girl. Let me see you get your reads together. Let Phaedra come back. Why you scared?”

After NeNe Leakes’ YouTube session went viral — NeNe and Kandi went back and forth on Instagram. “I supported Kandi when she had her ‘bad season’ as you call it. But you can’t recall Kandi supporting me during any season”, NeNe wrote.

Kandi Burruss quickly clapped back with, “I can’t tell she doesn’t have an issue with me. She’s been steady talking about me lately & we haven’t had an argument the entire season. What have I said about her other than the joke I made about the ladies at her luncheon not being her real friends??? & I wasn’t the only one on the episode who joked about it so what’s her real issue? Go ahead and play victim… nobody cares.” 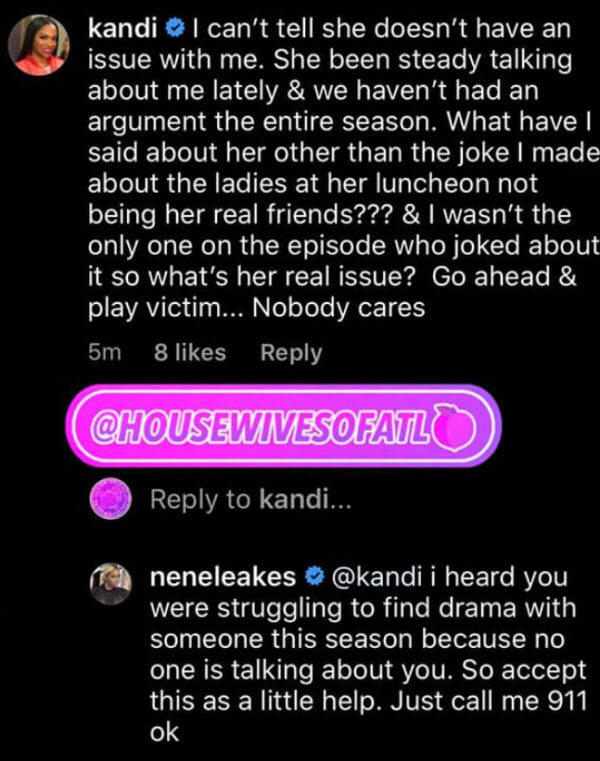 “I heard you were struggling to find drama with someone this season because no one is talking about you”, NeNe Leakes responded. “So accept this as a little help. Just call me 911 ok.”

Kandi Burruss ended the social media altercation by saying, “@NeneLeakes you were struggling to make it in all the episodes. Sounds like you need more than drama. Just sayin…”