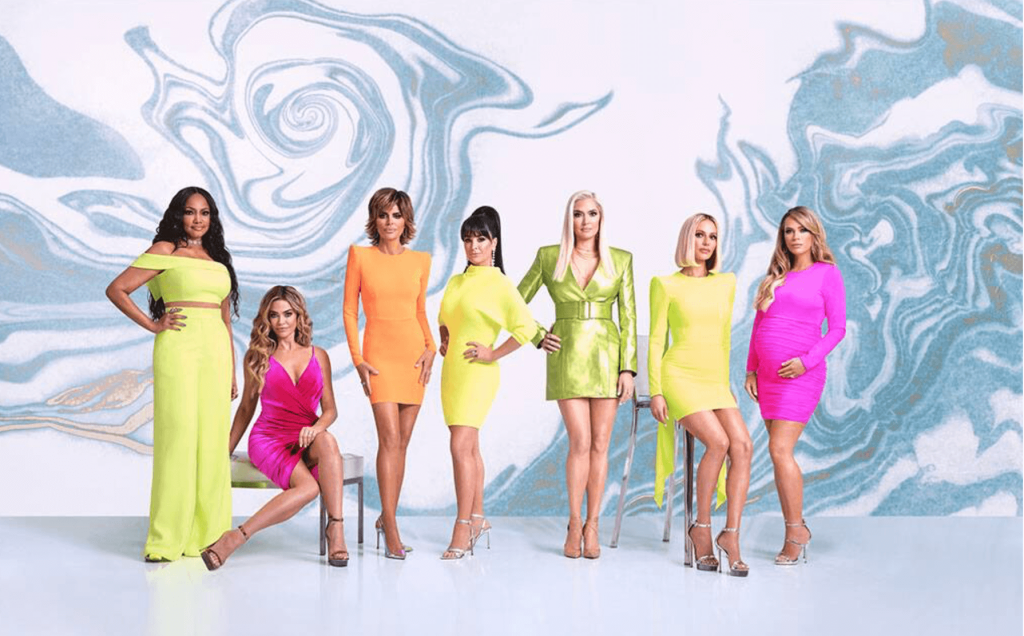 Kyle Richards, Lisa Rinna, Erika Girardi, Dorit Kemsley, Teddi Mellencamp Arroyave and Denise Richards are all back along with newcomer and first African American RHOBH Housewife — Garcelle Beauvais. Additionally, newbie Sutton Stracke, will appear as a ‘Friend of a Housewife’ for season 10.

“For me, that is some white people stuff,” Garcelle Beauvais snarks in the clip below, before later shading the other ladies during a speech at a gala. “I’d love to say thank you to my new best friends,” she says. “Some of them, not so much.”

The season 10 teaser is short but pack full of drama — first up: Kyle Richards and Dorit Kemsley are at odds. The ladies are seen fighting in a few scenes.

As AllAboutTheTEA.com readers know, the sh*t literally hits the fan when Brandi Glanville tells Kyle Richards and Teddi Mellencamp Arroyave that she had a sexual affair with Denise Richards.

“She’s not who she pretends to be,” Brandi says in the video. Denise later tells the group, “I don’t deserve this. That is a huge thing to f–king say.”

Then Lisa Rinna tells Kyle and Teddi during a cab ride, “So they f–ked.”

Denise Richards and her husband Aaron Phypers later storm out of Kyle’s house as she says in tears. “Don’t try and destroy my family!”