Viewers watched Meri Brown and Robyn Brown butt heads on a recent episode of Sister Wives — and many believe that their mutual husband, Kody Brown, was to blame.

Meri Brown and Robyn argued over their future home plots on Coyote Pass — the stretch of land the Browns purchased in Flagstaff, Arizona.

According to the wives, Kody Brown promised them both the same patch of property — which led to a filmed blowout between Meri, Robyn, and Kody. Both women insisted that they had not decided on their preferred home spots — and spoke out on Twitter, as the drama played out for fans. The duo later agreed that the blowout was not really about the property.

Meri even claimed that a TLC edit shifted the real narrative.

Kody Brown blasted Meri Brown on camera after she left the scene and Robyn returned — but Robyn did not cosign his rant. She reiterated her thoughts on Twitter. 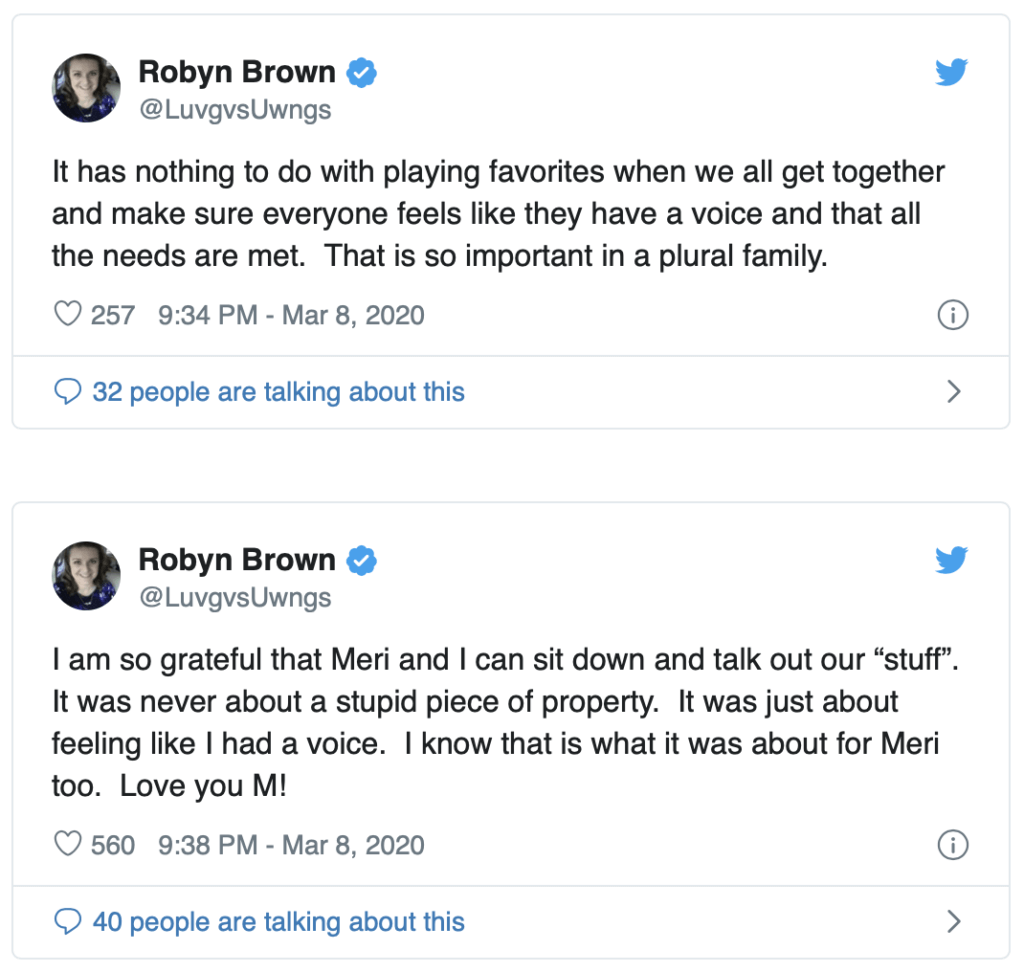 Interestingly, Robyn threw shade at Kody during an earlier episode, when the family was hashing out the idea of living in one large house. Robyn implied that Kody isn’t really a fan of sister wife harmony.

Do you believe that Kody pitted one wife against the other?