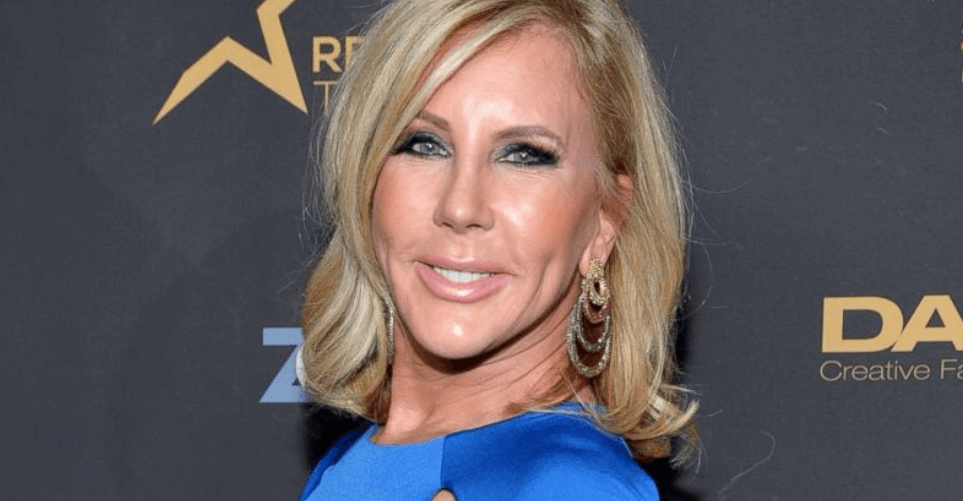 Bravo fans know that Vicki Gunvalson exited the Real Housewives of Orange County with her middle finger up. She exploded on producers during her final reunion series — and on Thursday, hashed out the drama with Andy Cohen on her new podcast, “Whoop It Up with Vicki.”

Andy Cohen shadily noting that Vicki Gunvalson’s sophistication level hadn’t budged — shared what he appreciated about her, and why he believes she lasted so long on RHOC.

“The thing I love about you is you actually have not changed,” Andy said. ”You are still the same person you were when you were cast.”

“I think it’s part of the reason you remained on the show for so long,” he told her. “A lot of people go on the show and they totally change who they are and they become someone different. I think it’s good you have remained so organically who you are. Tamra was really good with that too. It might be an Orange County thing, but I think it speaks to your longevity on the show.”

The Bravo bigwig and Vicki chatted up a storm — and discussed what went down on the red hot reunion episode. Viewers will remember that Vicki became upset backstage, clearly incensed that she was not on the reunion couch for the entire taping. She became even more infuriated when she was told to leave the set, after filming her segment.

“The reunion, everyone thinks I went Looney Tunes for no reason,” Vicki told Andy. “[Fiance Steve Lodge] was in the dressing room and I said, ‘I can’t believe they’re removing me.’ You texted me after saying, ‘If I knew you would be so be upset, I would have left you on the couch.’ I felt very alienated, I felt very insecure, I felt very sad, but Steve was in the dressing room saying you did everything you could do, shouldn’t have probably lost your cool but I couldn’t help it.’”

“I was so sensitive to the fact that I was part time. I thought I was going to be on the couch until the very end and we would have fun together,” she said. “Some people, they’re like why did you get so upset? People don’t know really what happened.”

Andy told Vicki that there were “two things we were talking about that didn’t involve you that I thought you were not going to really want to be a part of.” He added that due to her dicey relationship with Braunwyn Windham-Burke, she wouldn’t be into discussing “all that stuff you felt was not lifting the show up.”

“There was a part of me that thought, also, we don’t have to put Vicki through this,” Andy said. “I think that was also part of the decision, that I don’t know if we ever talked about that. Just so you know. I wish that had gone down differently. The funny thing is Vicki, Bravo, you are such an integral part of everything we’ve built. Bravo is going to ask you to go to BravoCon and I’m gonna keep asking you to come on ‘Watch What Happens Live.’”

Andy asked how Vicki’s adult children, Michael and Briana reacted to the news.

“She [Briana] actually was sad for me, she knew how much I loved it and she said, ‘Mom, I’m sad for you but thank god you have your business, thank god you saved money,” Vicki responded. “Many people in my situation may have sold their business, then get fired from Housewives like I did — thank you Andy — and they don’t have anything.”

Vicki Gunvalson dished that Real Housewives of New York vet, Bethenny Frankel, had reached out to offer her support.

“She said, ‘Listen girl, you’re gonna be fine. You’re a smart woman,” Vicki revealed. “She also emailed me on some advice on how to look at it through different glasses. She also said one thing I found very profound, she said, ‘You always want to leave the party before it’s over.’ I keep thinking about that.”

Vicki Gunvalson reiterated that her RHOC exit was a hard pill to swallow.

“I don’t want to be forgotten,” she said. “I’m super sad, I hope the legacy I started will carry on.”