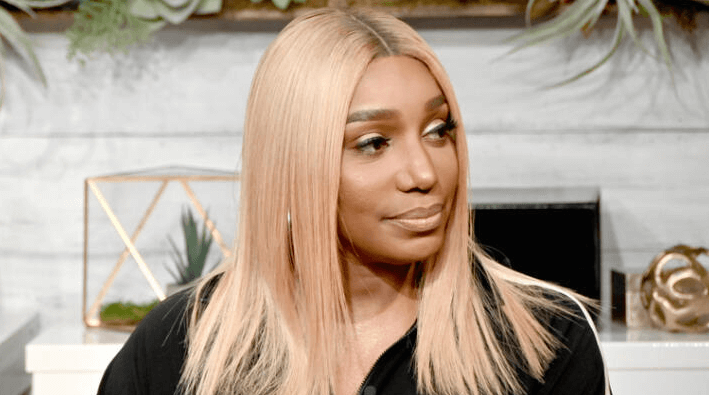 Wendy Williams  got fans buzzing in January when she dished that NeNe Leakes would be quitting the Real Housewives of Atlanta, and is keeping “a giant secret.” Nene set the record straight via a YouTube vid, clarifying that she would not be making a Bravo exit — but added that she was baffled by Wendy’s claim that she holding a secret.

NeNe Leakes recently shared that she was now in the know — but that her lips were sealed.

“I know what she meant, and I will never share it,” NeNe Leakes, 52, told PEOPLE. “I don’t even know why she even made it sound like that. It’s nothing series. It’s not even that serious.”

Fans guessed that the secret might involve Nene’s health or her marriage. Nene confirmed that neither was the case.

“It’s not what people think it is,” Nene said. “People think it’s a health issue, maybe something’s wrong with my kids or my family, but it’s nothing. Everyone’s fine. My husband is fine. My kids are fine. We’re all happy and healthy, so y’all can just stop trying to poke around and figure it out, because it’s not worth your time.”

NeNe Leakes called Wendy out for her her runaway mouth.

“That was a private conversations and it should have stayed private,” Nene recalled. “Honestly, I did text her ‘I quit.’ And she just went right on the show and said, ‘She quit Housewives.’ She don’t know if I quit drinking, quit wearing wigs, quit sleeping with Gregg, the only words I texted her was ‘I quit!’”

“But Wendy is so funny,” Nene added. “I wasn’t watching that day, and my phone was blowing up with everyone saying, ‘Did I quit?’ And so I called her and Wendy, now let me tell you, she knew immediately she had f—ed up. She was like, ‘Um … what do I need to do? Do I need to call [Andy Cohen]? Do I need to meet you at a restaurant with the camera? I will come on the show to fix this! Are you upset? Please don’t be upset with me!’”

“I said, ‘First of all, I’m not mad with you,’ and she said, ‘Okay, good, okay girl’ and changed the subject so fast. Like it never happened,” Nene laughingly said. “She just turned it around!  And I was like, ‘Okay, you have tried it.’ “

“We have fun together,” Nene remarked. “Wendy, that’s my girl. She just gets me.”

Nene reiterated that she would not be walking away from RHOA.

“Look, I quit every week. Those are facts. I quit every week, that’s just what I do,” Nene said. “It’s stressful, and sometimes you just hit a wall. You’re like, ‘I quit, bye bitch, see you later, I’m done! Call everybody at Bravo. Call your TV sites, I just quit.’ And then they say, ‘Okay girl, go have a drink and call me tomorrow.’ And then you talk to your friends, your circle, your team, everybody, and they tell you all the reasons you shouldn’t quit. They’re all like, ‘Go and read those bitches again and again.’ They tell me all that and I’m like, ‘I guess I should go back!’ So you’re like, ‘I’m back!’”

“But I’m here for the show being around for a very long time,” she added.  “This is a show I built, on these shoulders. These are doors that I opened so that these girls could walk through it. Be very clear about that.”

The Real Housewives of Atlanta airs Sunday nights at 8 pm, ET, on Bravo.