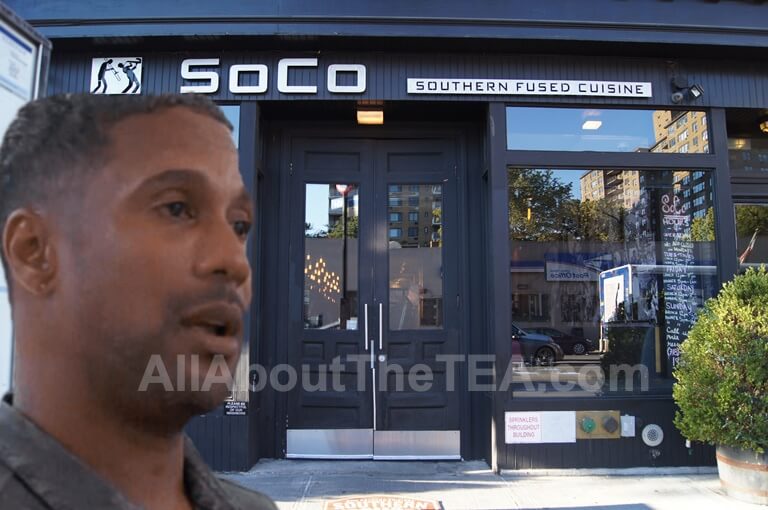 Marc Daly’s Brooklyn restaurant, SoCo, has been hit with several health code violations by the New York City Health Department that includes live roaches and rats in the kitchen and dining areas.

Our friends over at Bossip reports, Marc Daly’s southern fusion restaurant was cited for multiple health violations during a February 13 inspection.

The restaurant was cited for not being adequately vermin-proof and evidence of mice in the kitchen. The official “sanitary violations” included “Wiping cloths soiled or not stored in sanitizing solution” and “Evidence of mice or live mice present in facility’s food and/or non-food areas.”

Additionally, the report states “Live roaches present in facility’s food and/or non-food areas” And “Food not protected from potential source of contamination during storage, preparation, transportation, display or service.”

Below is a full list of all the violations SoCo was cited:

– Food wasn’t properly protected from sources of contamination during storage, prep, transportation, display or service.
– Cold food items weren’t being refrigerated at appropriate temperatures.
– Live roaches were present in both the kitchen and/or dining area.
– There was evidence of mice in the kitchen and/or dining area.
– The restaurant isn’t vermin proof and has conditions that are conducive to attracting vermin and allowing them to exist.

Despite uncovering 28 violations, the NYC Health Department gave the Brooklyn eatery an “A” grade rating.

Kenya Moore’s estranged husband has made headlines recently for his appearance on the Bravo reality series. During the March 1 airing of The Real Housewives of Atlanta — Marc was filmed saying he hates his marriage and abruptly quit the show while hosting a charity event for young black men.

The day after Marc Daly’s charity event, he announced that he was dumping The Real Housewives of Atlanta diva.