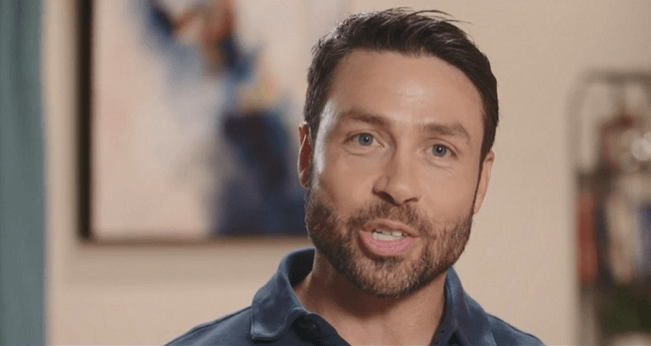 90 Day Fiance: Before the 90 Days fans are rallying to have Geoffrey Paschel thrown off the show — and are blasting him as an alleged rapist and wife-beater.

TLC is featuring Geoffrey, 41, as a twice divorced Tennessee man who’s planning to connect with his online love interest, while coping with the death of his young son. Geoffrey meets Russian hottie, Varya, in the second episode of the series.

A change.org petition is making headlines, the effort boosted by incensed fans who want to ban Geoffrey from the TLC stage. The petition seeks to erase Geoffrey from the show “due to current allegations and criminal charges made against him.”

“He has been accused of kidnapping, abuse, rape, child endangerment, dealing drugs, felony larceny, theft and battery,” the petition states.

The petition describes the incident behind Geoffrey Paschel’s latest domestic violence arrest—which reportedly occurred under a year ago.

“He has been accused of abusing his ex girlfriend including a violent attack in which he dragged her bloody by her hair across the wood floors of their home, slammed her head into the walls, gave her a concussion and disabled her cell phone so she was unable to call the police,” the petition reads.

The petition also accuses Geoffrey Paschel of abusing his pregnant wife and locking her in a hotel room without food or water.

“She claimed she was forced to deliver her baby alone in that hotel room. It is speculated that he might have been doing drug deals at the time, but not confirmed.”

Geoffrey Paschel confessed to having a past as a drug dealer on the show.

The petition also states that three of Geoffrey’s ex-wives have accused him of rape.

The petition has collected over 2k signatures.