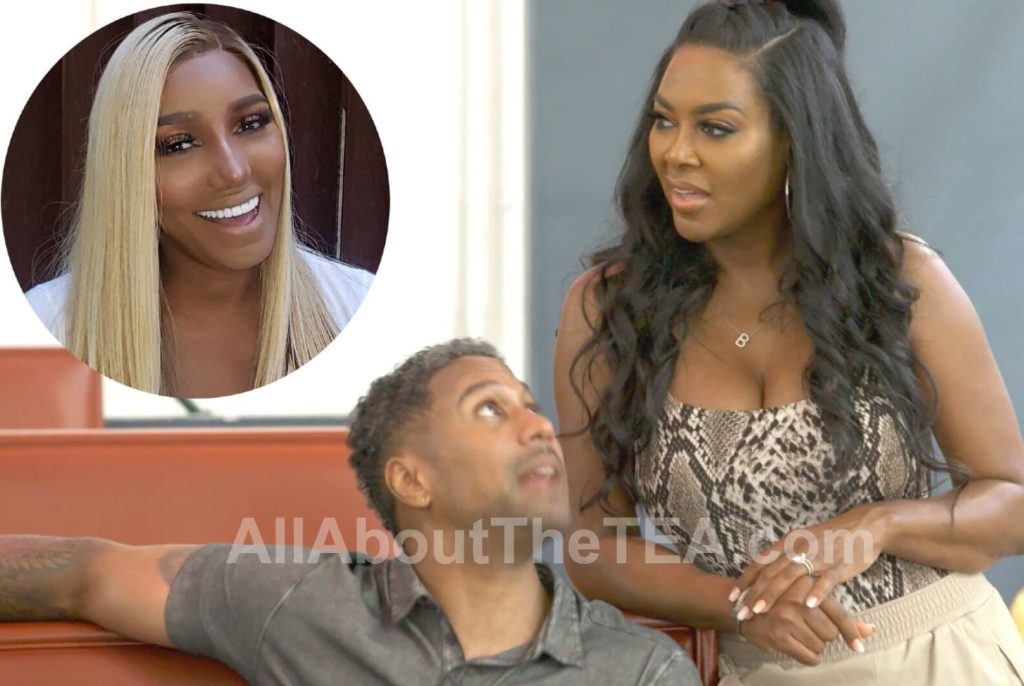 On Sunday’s all-new episode of The Real Housewives of Atlanta — Kenya Moore’s alleged husband, Marc Daly, implies he wants her to drown in a pool and sides with NeNe Leakes in her feud with his wife.

In the clips below of the February 23 episode, Marc Daly hosts a bowling event to get acquainted with the other couples that he’s invited to an upcoming men’s empowerment seminar he’s hosting.

In the episode, things get awkward when Porsha Williams confronts Kenya Moore about not inviting Tanya Sam, Marlo Hampton, and NeNe Leakes to Marc’s bowling event. Porsha asks, “Where is NeNe, Marlo, where is Tanya?” To which Kenya Moore reluctantly responds that they were not invited — much to the surprise of Marc Daly.

“I don’t know why she said that. SHE SAID THAT?” Marc exclaims. “How is Cynthia here? I NEVER said that. You’re the one that said it’s couple. I said, everyone can show up.” Marc told Kenya.

In another scene during the episode, Marc Daly and Kenya Moore engage in a conversation at their daughter, Brooklyn’s swim lesson. They discuss NeNe and Gregg Leakes attending Marc’s upcoming men’s empowerment event.

Kenya Moore has left NeNe Leakes off the invite and tells Marc that she’s uncomfortable having NeNe around because NeNe tried to fight her and Marc Daly shuts her down and tells her, “A lot of people get in people’s faces — it doesn’t mean they want to fight.” When she tried to respond, Marc says, “Anyway….” He also reminds Kenya that she’s “Not defenseless.”

Marc Daly is adamant that NeNe and Gregg Leakes attend his event and completely shuts down Kenya’s attempts to be messy. Then he turns to his daughter and says, “Next aqua class, mommy’s going in (the pool) but not coming out.” Basically implying he wants Kenya Moore to drown — and I OOP!

Press play below to watch the cringy scene unfold.

Do you think Marc Daly hates Kenya Moore? Sound off in the comments below!