Divorce rumors spread like wildfire on Friday after Brian Moylan, a writer at Vulture, made the claims during a podcast called, Bitch Sesh. During the podcast Brian Moylan claimed he has “MAJOR Housewives gossip,” to spill. The Vulture reporter explained that he got the gossip from a Housewives fan that lives in the U.K. but he couldn’t confirm if the gossip is true or false.

During the podcast, Brian Moylan claimed that PK has moved to London amid splitting up with Dorit and the couple is gearing up to divorce.

“So I made friends with this woman whose a Housewives fan, and she told me that she has a friend with a big house in St John’s Wood in London — which is like the Bel Air or Upper West Side of London.” Brian Moylan told Bitch Sesh host, Casey Wilson. “And he has a very large house with a guest house and there is someone staying in the guest house currently because they are getting a divorce.”

The host started guessing the identity of the Househusband and after several tries —  Brian Moylan revealed it’s, “PK.”

“So supposedly Dorit called it off and that PK is living in this house in London by himself because they are about to get divorce.” Brian Moylan says.

Press play below to listen to the podcast interview with Brian Moylan.

AllAboutTheTEA.com reached out directly to Dorit Kemsley and PK. We asked if they heard the rumors that Brian Moylan was spreading and PK replied, “I don’t know who he is (sounds like a dick).”

He continued, “I’m with Dorit now in bed celebrating Valentines…so let me ask her…she says ‘No’ and can I get her a coffee.” The father of two told AllAboutTheTEA.com. “I adore my wife…she’s for life. Where do these things come from?”

Additionally, Dorit Kemsley posted a sweet Valentine’s day message on Friday — dedicated to her husband and two kids. “Happy Valentines Day to the loves of my life! ❤️❤️❤️ #truelove #family #forever.” She captioned her Instagram post. 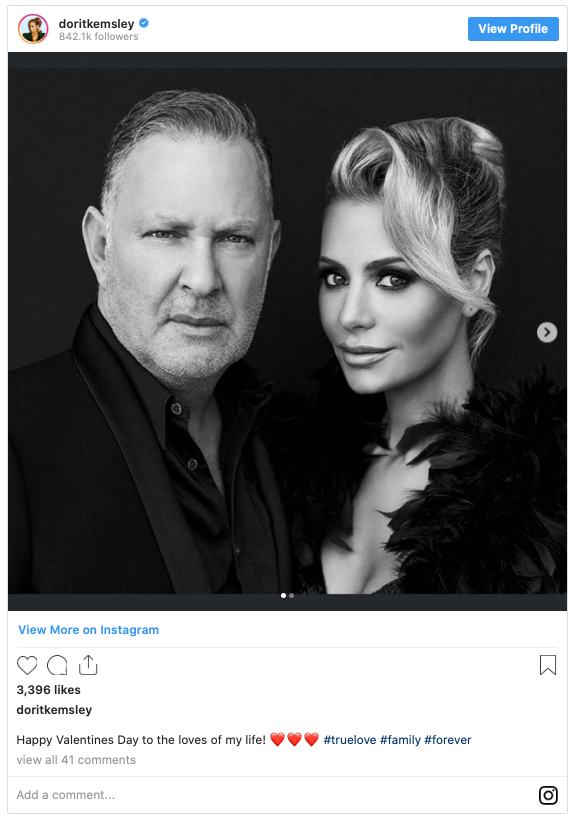