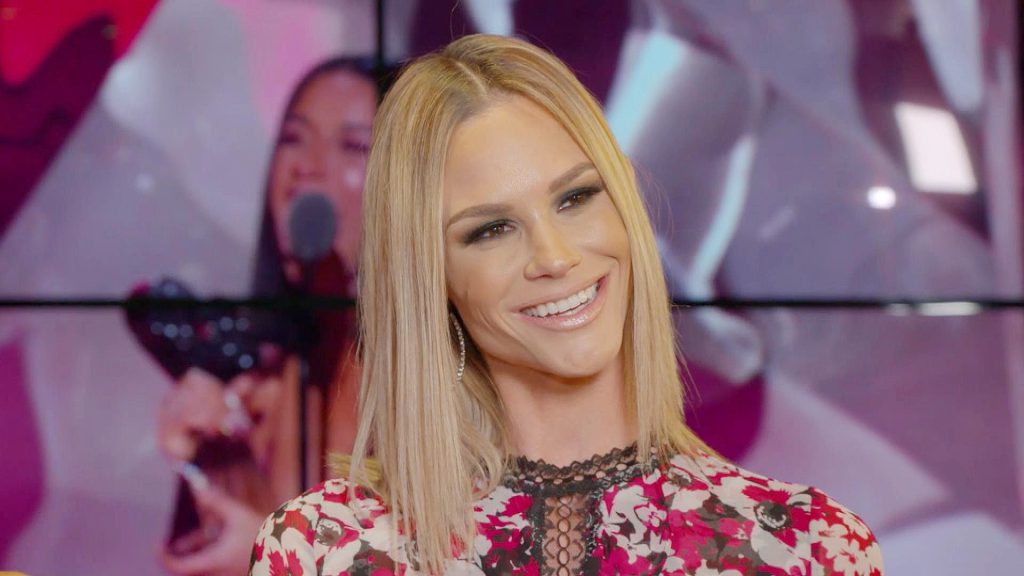 Meghan Edmonds is backpedaling after revealing she let her 3-year-old daughter accidently take a melatonin gummy, which knocked her out for hours.

As reported, the former Real Housewives of Orange County star shared the info via Instagram Story on Feb 2 with her one million followers. The mom of three posted a photo of daughter Aspen knocked out from ingesting the gummy with the caption, “This angel found a melatonin gummy in mama’s purse leftover from our flight. 30 mins later. “That was 2 hours ago,” the Intimate Knowledge podcast co-host added. 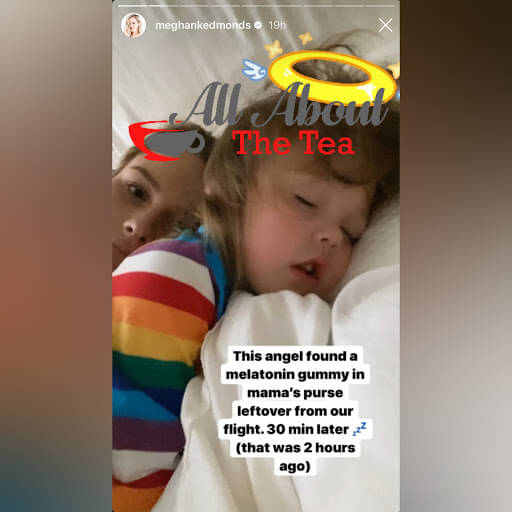 Melatonin supplements are typically used when a person has insomnia, or trouble falling asleep and staying asleep.

Meghan Edmonds has released a statement to PEOPLE after facing harsh backlash over bad parenting skills and wanted to “give a full explanation to this silliness.”

“It was a melatonin gummy for kids, not a sleeping pill and certainly not for an adult,” Meghan Edmonds claims. “It is completely safe.”

“Aspen found the one little gummy in a little baggie while rummaging through my purse,” Meghan Edmonds tells the outlet. “She asked me if she could have it and since it was nap time I told her ‘Yes.’ In fact, the recommended dosage for this particular brand of melatonin for kids is 2 gummies and I let her have one.”

“I never deleted the post, it stayed on my Instagram Stories for the full 24 hours because nothing wrong or dangerous happened. Aspen was fully supervised by me the entire time and didn’t take the gummy without my express permission. The post was cheekier because it’s Instagram that’s what social media is about: a glimpse into our lives — not usually the full story. But, since the parent police are out in full force, I’ve felt compelled to give a full explanation to this silliness.”

However, AllAboutTheTEA.com screenshot the image at 19 hours into the post (posts automatically delete after 24 hours) and when we went back minutes later, the post was manually deleted. We assumed Meghan deleted the post as her actions were perceived as reckless for allowing her child access to mom’s stash.

During a recent appearance on Nick Viall‘s The Viall Files podcast, Meghan Edmonds referred to her exes four children (Hayley and Lauren, plus 14-year-old son Landon and daughter Sutton, 11) from previous marriages as “baggage.”

She said, “I love kids and I loved being a stepmom, but it’s just a lot of baggage,” she told Viall. “And I hate to call kids baggage, but kids are a lifelong commitment and you didn’t have any input into creating this child and it’s just hard. I’ve been a stepmom — it’s difficult.”

“I could totally have another kid and I do love the idea of a nuclear family. However, my kids are a lot of work. They’re young. And I need to get out of the weeds right now.”

“I couldn’t say no, but it’s not something I’m gunning for,” the mom of three added. “I’m looking at my boobs and I’m like, ‘How ’bout a boob job instead?’ Honestly, I’m not making any kind of decisions about anything right now.”

A rep for Jim Edmonds told PEOPLE, “I wonder how Jim’s children feel about being referred to as baggage. What a disgraceful thing to say.”
Meghan King Edmonds