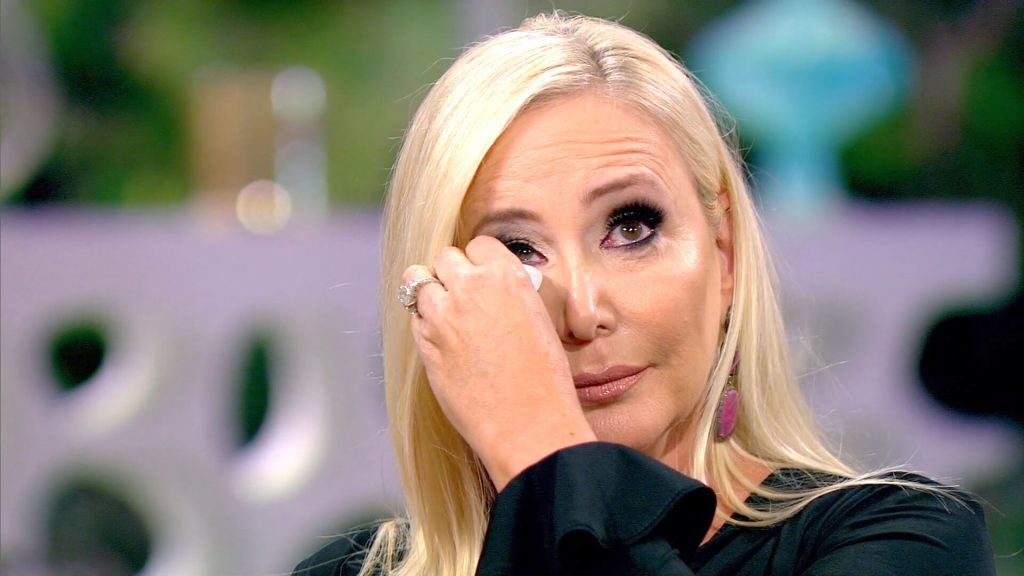 Shannon Beador had a personal connection with the girls’ basketball coach, who died in the helicopter crash that killed Kobe Bryant, his 13-year-old daughter and several others on Sunday.

“Christina Mauser. An incredible coach and amazing influence on all three of my daughters that played basketball in middle school,” , Shannon Beador wrote on Instagram alongside a team photo including her daughter Sophie. “And amazing mother of 3 children. Our greatest sympathies go out to [her husband] and his family. The Beador girls are devastated. Sending our prayers to the Mauser family… ??.” 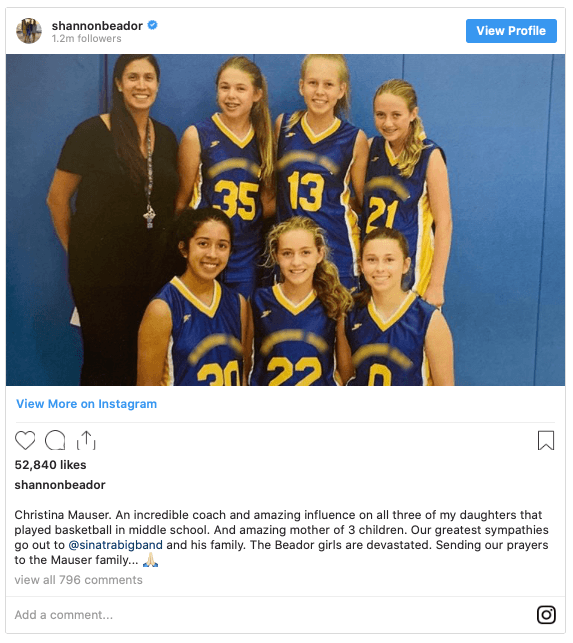 Shannon’s 17-year-old daughter, Sophie Beador, posted the same photo on her Instagram story, writing: “I will forever be heartbroken … Your spirit and passion for basketball was so inspiring to me. I wish I could give you a big hug one last time. You will forever be my june bug. Praying for your family. Rest easy.”

Shannon’s 15-year-old daughter, Adeline Beador, thanked coach Mauser for “always caring about me and being my second mom.” “to the person who shaped me into who i am, i am heartbroken,” Adeline wrote on her Instagram story.

Christina Mauser was one of the eight passengers aboard the Sikorsky S-76 helicopter that crashed outside Los Angeles on Sunday, along with Kobe and Gianna Bryant.

All nine individuals, including the pilot, have been identified and include three youth basketball players on the team, as well as parents. Mauser’s husband, Matt Mauser, called his wife “extraordinary” in an interview Monday morning with “The Today Show” and said it was why Bryant wanted her to coach with him.

Christina Mauser was an assistant coach for the Mamba Academy AAU team that Kobe Bryant’s daughter, Gianna aka Gigi, played on.

Her husband, Matt Mauser, spoke with the program via phone. The couple have three young children ages 3, 9 and 11.