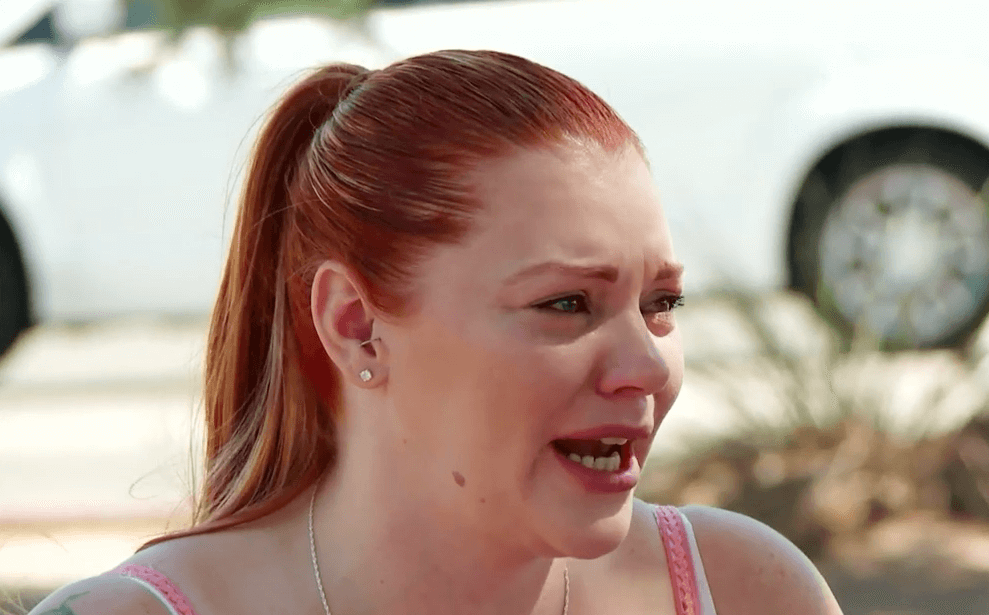 On Friday’s all-new episode of Life After Lockup — Brittany Santiago opens up to her mother about her first boyfriend when she was 12, he was 30, who convinced her to use drugs and commit crimes.

“I was homeless for a really long time. For months and months and months,” Brittany admits in clip below of the Jan. 24 episode of Love After Lockup: Life After Lockup. Brittany doesn’t hold back about her heartbreaking past. “I just really felt like nobody f**king cared about me. And then like as a result of that, I ran away,” she continues.

Brittany Santiago tells her mother that she immediately met a man who “heard everything I had to say about my life and why I ran away and he used that against me.” She’s referencing the father of her first two children and her first boyfriend, who was 30 and she was 12 when they started a sexual relationship.

“I thought that he loved me and I would listen to him,” Brittany Santiago tells her mother, Cindy. “And then I got caught up with adults who knew that I was a kid and they just wanted me to get high and they used me to commit crimes because I was stupid enough to believe them. I cried and I pleaded to a judge. I told him like I have no one and I have nothing and I never have.”

“I realize that you tried to be a mother but you had no example. I understand, mom,” Brittany Santiago says to her mother.

“I was so young,” Brittany’s mother says. “I wish I did everything different.”

Press play to watch the emotional scene below.