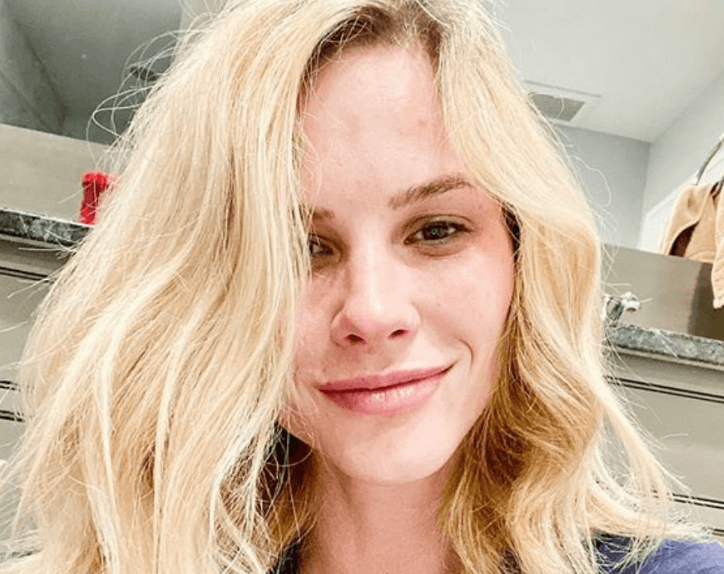 Meghan Edmonds is now accusing her ex-husband, Jim Edmonds, of sex-shaming her after he claimed that she had lesbian affairs and initiated threesomes during their marriage.

“I think his attempt to sex shame me illustrates the vile mind of this man. I am the mother of his children and to attempt to exploit deeply personal decisions we made as a couple is his attempt to damage the mother of his children and also attempts to demean me in the most vulnerable way possible: sex.” The 35-year-old continued. “It’s sick to break me down like this while I’m with all of our kids every day and night and he’s on day 5 of gallivanting around Cabo with my former friend/whore whose going on shopping sprees with his new f**k buddy.”

Meghan Edmonds took a swipe at Jim on Twitter while promoting her podcast on January 20 — she wrote: “I feel small. I feel like a target. And I feel like my opponent is bigger and meaner than me. But sometimes that ‘opponent’ comes in the form of the public tearing me down. It hurts, I’m a real person. Please lift me up today. Thank you for the love.” 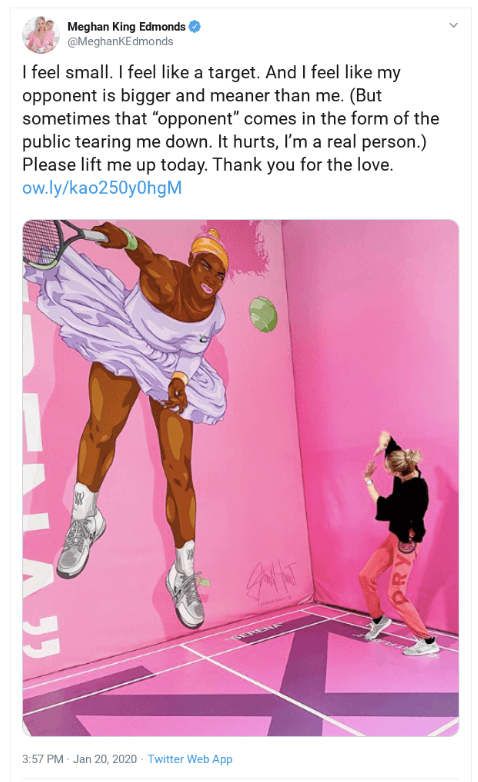 Meghan then revealed that Jim, 49, took his new girlfriend to Cabo and that she used his credit card to purchase items for the trip.

After the podcast aired, Jim Edmonds blasted his ex by accusing her of having lesbian affairs throughout their marriage.

“I am tired of the lies for publicity. I filed for divorce over 90 days ago. Meghan has filed as well. The marriage is and has been over.” He told E! News. “I was invited to a surprise birthday party this weekend for one of my best friends and decided to bring a date. There is no affair going on here.”

Jim recently deleted all pictures of Meghan from his Instagram to make the divorce official.

The baseball broadcaster also said the woman is not Meghan’s friend, as they haven’t spoken in over three years.

“As far as threesomes go, there were a more than few initiated by Meghan and only Meghan. Recently, I have learned that she carried on with a few of these women without me being present.

“Would that not be considered cheating? How can she have a podcast talking about intimacy and relationships when she has neither?”

Jim filed for divorce from Meghan after five years of marriage in October 2019.

She accused him of cheating on her with their children’s nanny.

While Jim denied the nanny claims, he admitted to having an inappropriate sexting relationship with Jennifer Villegas while Meghan was pregnant with the couple’s twins.