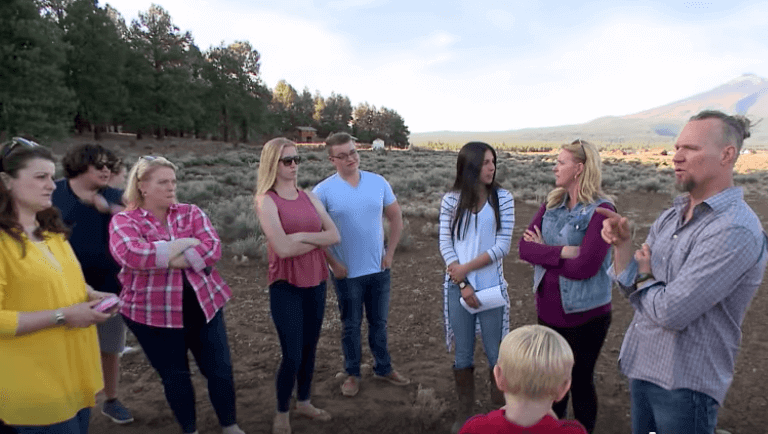 Sister Wives star Kody Brown wants his wives and kids under one roof.

On Sunday’s all-new episode of Sister Wives, titled “Four Wives, One House?” — Kody Brown unveils his plans for a polygamous palace that would house his wives Meri Brown, Robyn Brown, Christine and Jenelle Brown, and their children.

Kody unveils the mega-mansion presentation to the whole family on Christmas Eve at their new home in Flagstaff, Arizona.

“I’ve been prepping this for months now. I’m a little nervous.” Polygamous patriach says in the clip blow.

He adds: “I love this idea, and yet I’m afraid because I’m worried about their prejudices toward it.”

Kody explains that it’s his ideal outcome to be able to see all four of his wives and their collective 18 children every day.

“Is the idea of living in one house really special to me? Is it worth some sacrifices to me? Yeah, it is,” he says.