Welcome back to another episode of The Real Housewives of Atlanta — Carnival style!

The episode picks right back up where it left off with Dennis surprising Porsha Williams on the rooftop of the Friends & Family party. Dennis gets down on not just one but both knees, apologizes for being “selfish” and asks Porsha to put her ring back on. Swoon.

Later on the way back to the hotel, the ladies grill Porsha Williams on what exactly transpired between her and Dennis that would cause him to propose a second time. Porsha is adamant that their fallout had to do with his infidelity and nothing to do with anyone’s domestic animals.

Back at the hotel, the ladies decide to crack the mysterious case of Snakegate once and for all. Kenya Moore and Porsha devise a plan to pretend as if they already know  Yovanna Momplaisir is the culprit but their plan is quickly foiled by Marlo Hampton who tells Yovanna that they don’t actually know anything. Thanks for nothing, Marlo. 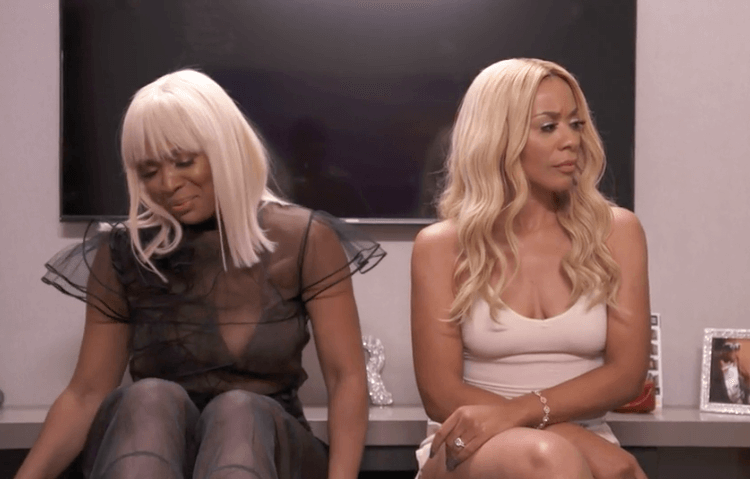 Soon after, NeNe Leakes enters the room with a wardrobe malfunction that would rival Janet Jackson at the 2004 Superbowl. Thank goodness for those nipple covers.

Cynthia Bailey finally cuts to the chase and flat out asks Yovanna if she recorded her and Yovanna denies it. She then turns to NeNe Leakes and asks her to reveal who recorded her. NeNe explains that there is a difference in a “recording” where someone uses a device in a conversation without the other person being privy and “audio” where someone might have been caught saying something on a voicemail or even a hot mic. Ahem, Cynthia. 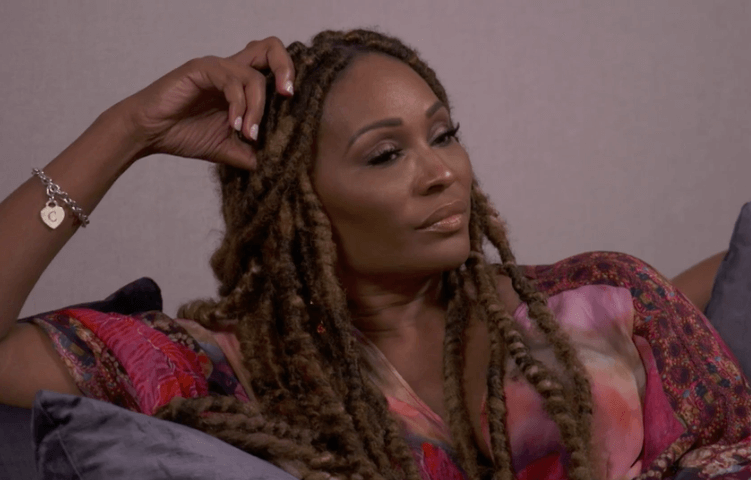 We FINALLY learn in a roundabout way that Yovanna is indeed the one with the information aka audio. HALLELUJAH. The case is solved. Porsha, however, is visibly angered by this new revelation and tears into Yovanna like an all American dog at The Hot Dog Factory. Yovanna pushes back stating that Porsha’s man Dennis is the real snake. OOH GIRL. Them’s fighting words. Fortunately for Yovanna, a very pregnant Eva Marcille manages to run some pretty impressive interference and keep Porsha from shredding the poor girl to bits. 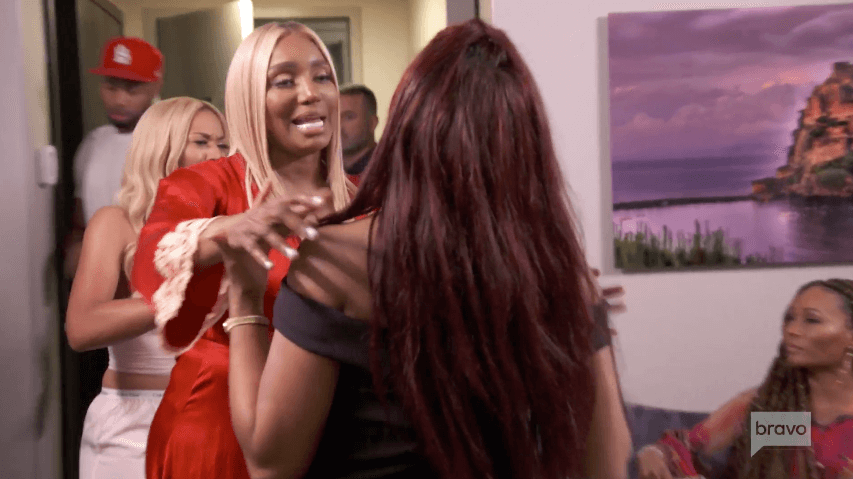 The episode becomes eerily reminiscent of a scene from Jerry Springer when Kenya and NeNe Leakes go toe-to-toe with one another requiring security to intervene and break them up. NeNe is physically restrained while Kenya and Cynthia storm out of the room. This is almost as bad as the infamous Pajama Party scene.

The next day, a completely clueless Tanya Sam is getting her glam on for the parade while her phone is on fire with calls and text messages from the other ladies recounting the previous night’s drama.

On the way out to catch her flight back to Atlanta, NeNe Leakes pays Tanya a visit giving her account of the events. NeNe confesses that even during all of the drama, she was surprised by Porsha having her back and jumping up and trying to save her in the midst of the scuffle. She admits that she hopes they can get back to their former big sister/little sister relationship.

The ladies finally arrive at The Grand Parade, dressed to the nines in their beautiful costumes and feathered wings that look like they just come off of the runway of the Victoria’s Secret fashion show. But after last night’s events, they’re not fooling anyone- these ladies are anything but angels. 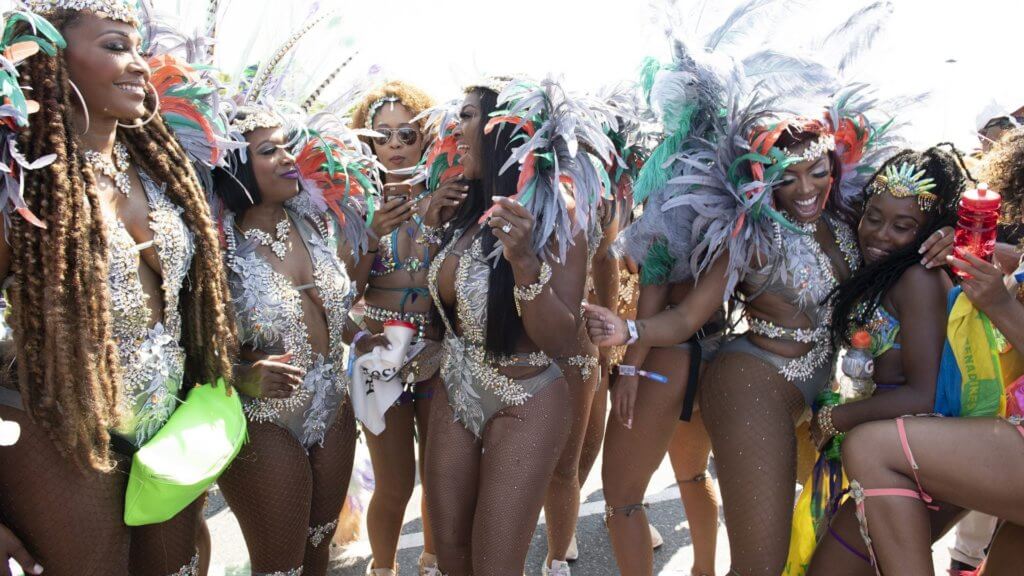 The ladies make their way down the streets dancing, laughing and busting a whine here and there and it appears that for just a moment, all of the drama has dissipated into the Canadian air. But of course, we all know better than that.

Later that evening the ladies meet for dinner at the hotel. Marlo and Cynthia make amends and the ladies revel in Dennis surprising Porsha on the rooftop with her ring and the details of Cynthia’s upcoming nuptials to Mike. Unfortunately, the conversation takes a sharp turn when the ladies ask when Tanya is going to marry Paul. Kenya seizes the opportunity to get REAL messy and asks the ladies if they would ever want to know if their man was cheating.

Later in her talking head, Cynthia Bailey reveals that she is privy to the dirt that Kenya has on Tanya’s boyfriend Paul, recounting a story that the lady who owns the cookie shop they recently visited accused Paul of trying to pick her up at a bar and leaving with her phone number.

In a surprising turn of events, Kenya does not reveal the information but instead just lets the ladies sit and ponder on the question she presented to them. Okay, messy boots.

Will Kenya eventually come clean with the dirt she has on Paul? If so, how will Tanya receive the news? Tune in next week as the drama continues.