Dog the Bounty Hunter has a new lady in his life after the death of his wife, and his family is pissed with his choice!

The woman in question is named Moon Angell, and she’s no stranger to the Chapman family. Seven months after losing his beloved Beth, Dog the Bounty Hunter admitted that he and Moon have been seeing each, hailing her a gift from God. 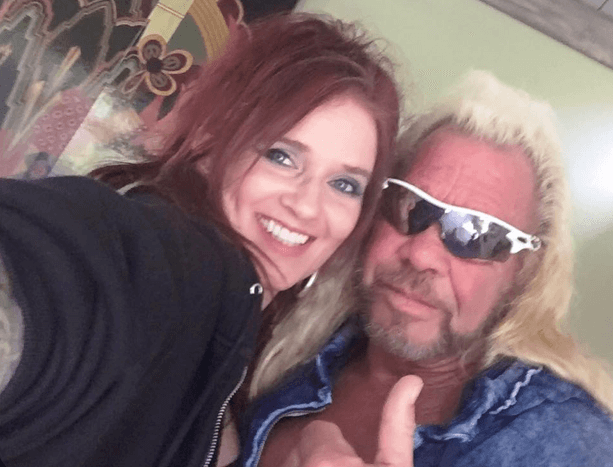 Beth Chapman passed away June 2019 after a grueling battle with throat cancer and he has been mourning her loss ever since. Dog and Beth Chapman were married for 13 years.

The romance between Dog the Bounty Hunter and Moon has been met with huge anger from the Chapman family as Moon Angell was previously dating Duane’s son and also worked as the assistant for the TV star’s late wife Beth Chapman.

Dog’s daughter, Lyssa Chapman, does not approve of this relationship and recently went on a Twitter rant about her father’s new girlfriend.

“If someone who met your family by dating your brother, tried to date your father after your step- mom died what would you do ?” she wrote. “If you went to your mothers closet and saw she moved all her clothes and replaced them with her own, what would you do ?”

Lyssa acknowledged that her father is a grown man, but insisted her name “is not going down in history as a person who supported this.”

Now Moon has had her say on the blossoming romance by sharing some social media posts about moving on.

Appearing to address the scandal, she first posted to Twitter a quote which read: “Life goes on. Don’t waste it for someone who left you behind. Enjoy your life for someone better will come.”