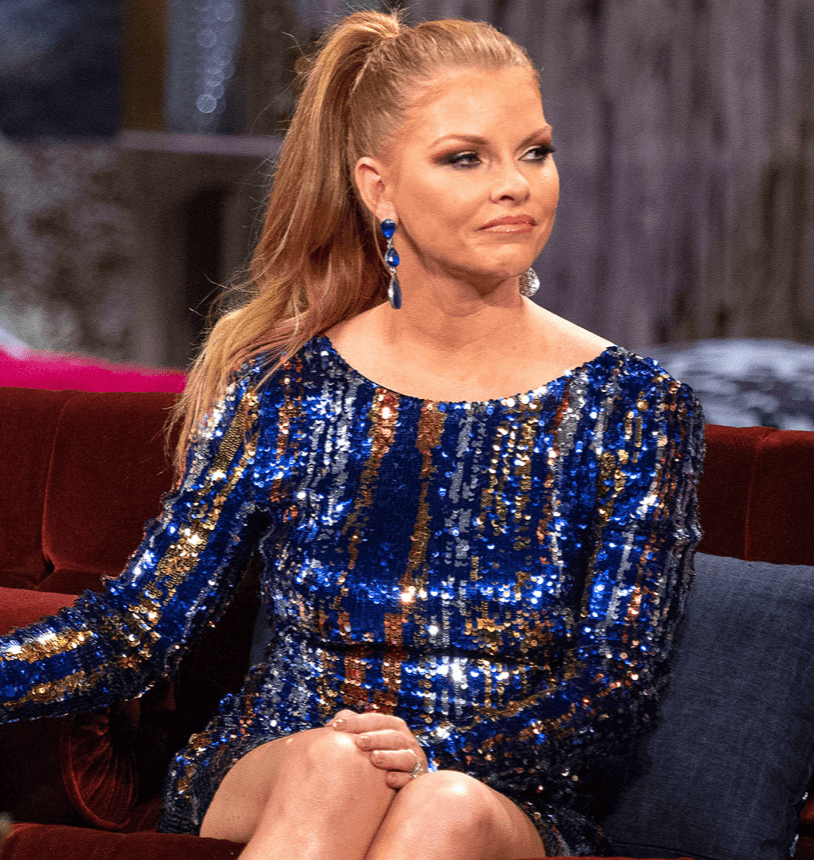 Brandi Redmond has checked herself into a wellness center after facing backlash for mocking Asians in a racially insensitive video.

Her fellow Real Housewives of Dallas costar, Stephanie Hollman, made the announcement on Friday via Instagram.

“She will be back with us next week.” The message stated on the costars podcast Instagram account. “We support her on this journey of healing and ask that join us in that.”

Brandi Redmond came under fire the week of January 2nd over a video of herself and her daughters, mocking Asian culture resurfaced from three years ago.

The shocking video outraged prominent members of the Asian community and fans.

In the clip below, which Brandi Redmond first recorded back in 2017, the reality star appeared to use a mock Asian accent while addressing her squinty eyes. “They ask me what Asian I am because my eyes, they squinty,” Brandi Redmond laughed in the clip with her daughters giggling behind her.

Fans quickly called out Brandi Redmond’s hypocrisy — accusing her of the same labels she placed on Locken.

After the video made its rounds on social media, many fans slammed Brandi Redmond for her racist behavior and instead of apologizing the Real Housewives of Dallas star doubled down on her antics and blamed LeeAnne Locken and her wedding planner, Steve Kemble, for the video leak.  “It’s a good impersonation if I do say so myself and there was no harm done,” she said in one message, according to a screenshot shared online, adding that she would “do it again.”

The harsh backlash prompted Brandi Redmond to issue another apology. “A video resurfaced of me from three years ago which at the time I had posted and quickly deleted and then immediately apologized for my insensitivity,” Redmond, 41, wrote on Twitter Saturday. “I would like to once again sincerely apologize for my offensive actions.” the mom of three tweeted a fan on January 4.

During an appearance on Watch What Happens Live with Andy Cohen on Wednesday, Stephanie Hollman, defended Brandi Redmond, saying she is “absolutely not” racist. “She made a horrible mistake,” Hollman said. “She apologized then, she apologized again. She’s learning, she’s growing. I think it was just some really poor judgment and a horrible decision. I’ve been on the phone with her a lot and she’s struggling with the shame of doing that. She realizes it’s not okay.”

Share your thoughts on Brandi Redmond checking herself into a wellness center over racist video. Sound off below!