Welcome back to another episode of Life After Lockup. Let’s get started. Shall we?

This week’s episode of Life After Lockup opens with Angela still reeling from the aftermath of her confrontation with Tony. Her sister, Donna Faye, comes over to comfort her and let me just say that woman loves a good thick, sparkly blue eyeliner/eyeshadow combo. Donna Faye reminds Angela that she told her from the beginning that Tony was up to no good. Angela drops a bomb and confesses that Tony proposed to her not long after leaving his halfway house and they were engaged to get married. Donna Faye seizes the moment to say what we’re ALL thinking and tells Angela that for her to be so educated, she sure is DUMB. YAAASSS DONNA FAYE. 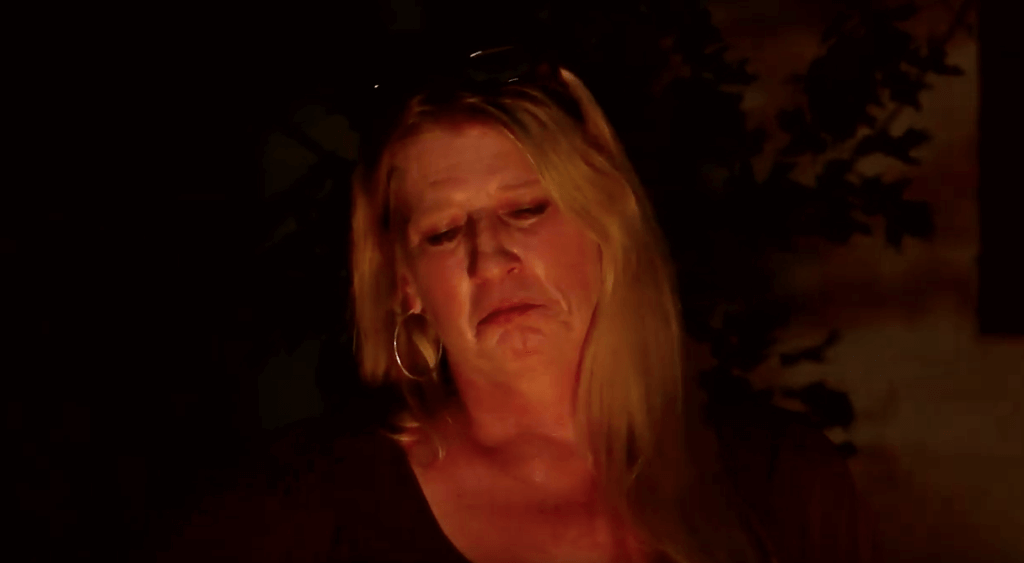 Just as Angela and Donna Faye suspects, Tony shows back up by nightfall. Angela sticks to her guns, however, stating that she would hate herself if she let him come back. Tony, however, is in denial and believes that with a little time he can eventually worm his way back into not only Angela’s single wide but also her heart. 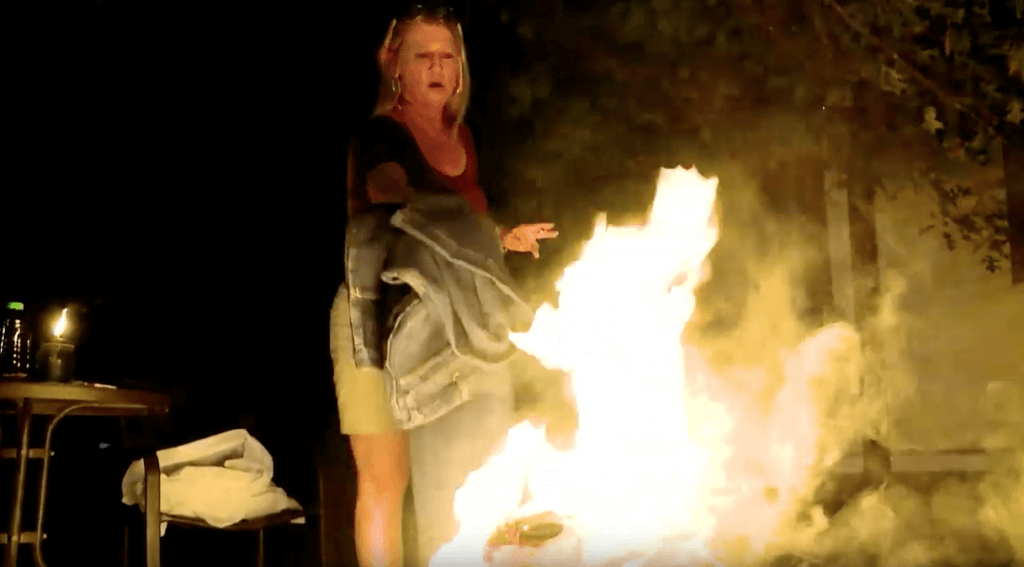 Brittany sits Marcelino down for a serious conversation and matter of factly tells him it’s time to put down his aspirations of being a champion poker player and get a real J-O-B. She explains that their legal bills are adding up and he needs something more consistent and stable. Of course, Marcelino doesn’t see it that way, stating that he can only become a champion if he consistently plays. He also flat out refuses to go to work for some “snot-nosed 23 year old.” Later in her talking head, Brittany professes that it’s time for Marcelino to step up to the plate and stop making excuses.

Marcelino appears to take Brittany’s words to heart as he sets up a meeting with a recruiter in an effort to get back in the workforce. Marcelino tells the recruiter that he would like to work in the “educational field” and his salary requirements are a minimum of sixty thousand dollars per year. The recruiter later reveals that he thinks Marcelino has an overinflated value of himself, citing that no one is going to invest sixty thousand dollars in a person who may just up and decide to quit at any moment to pursue his dreams of becoming a champion poker player. Well, that went well…

Life After Lockup: Lacey and Shane

Meanwhile, Lacey and Shane are moving into their new home. Right off the bat, Lacey lays claim to all three of the closets in the master bedroom citing that Shane can put all of his stuff in the dresser. While touring the master bathroom, Shane is tickled pink with the shower, exclaiming that it’s “WAY BETTER than a prison shower.” He then goes on to demonstrate all of the many different positions they can do the dirty in there. VOMIT.

Lacey’s dad eventually arrives with Lacey’s children. Lacey and her father have a heart to heart out on the new patio and she confesses that she’s actually extremely concerned about John Slater after exchanging a few texts with him. He asks if Shane is aware that she’s still communicating with John Slater and she says no. He is adamant that Lacey needs to be honest with Shane if she intends on having a successful marriage. 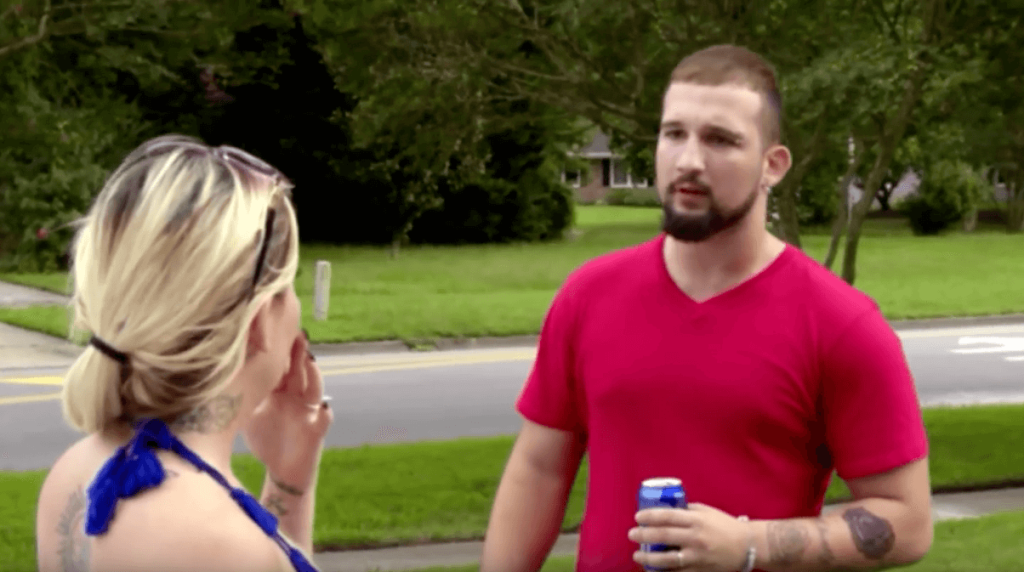 While Lacey is outside, Shane finds text messages in Lacey’s phone and goes PSYCHOTIC. Suddenly the new blended Brady Bunch family turns into an episode of Jerry Springer. Shane and Lacey stand out in the front yard screaming at one another before Shane storms off into the house while destroying almost everything in his path. Finally, Shane screams at the camera crew to GTFO and promptly slamsnthe door in their faces. YIKES! 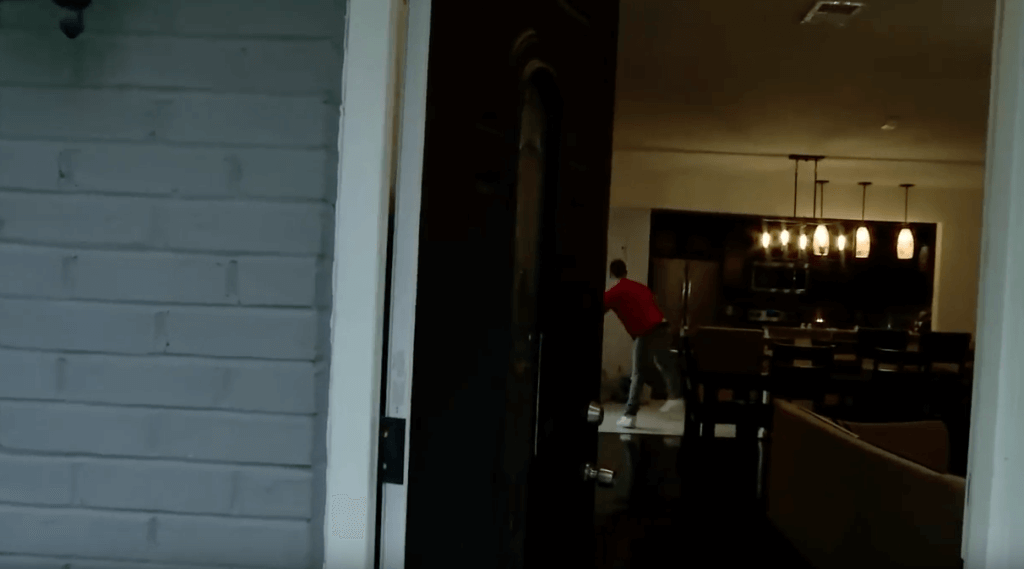 Lamar is busy still trying to make his rap career happen in LA. While in the studio, he and his brother (who recently just got shot in the foot) discuss the dilemma he faces with Andrea. He admits that he misses his wife and her decision to stay in Utah is very hurtful.

He takes a break from laying tracks down in the studio to FaceTime Andrea who he’s labeled as “Queen” in his phone. She finally answers and when asked what took her so long to answer, she jokingly explains that she was busy trying to find a place to hide her boyfriend. He tells Andrea that he would like to visit her and the kids. Andrea is hesitant before eventually agreeing to a visit. 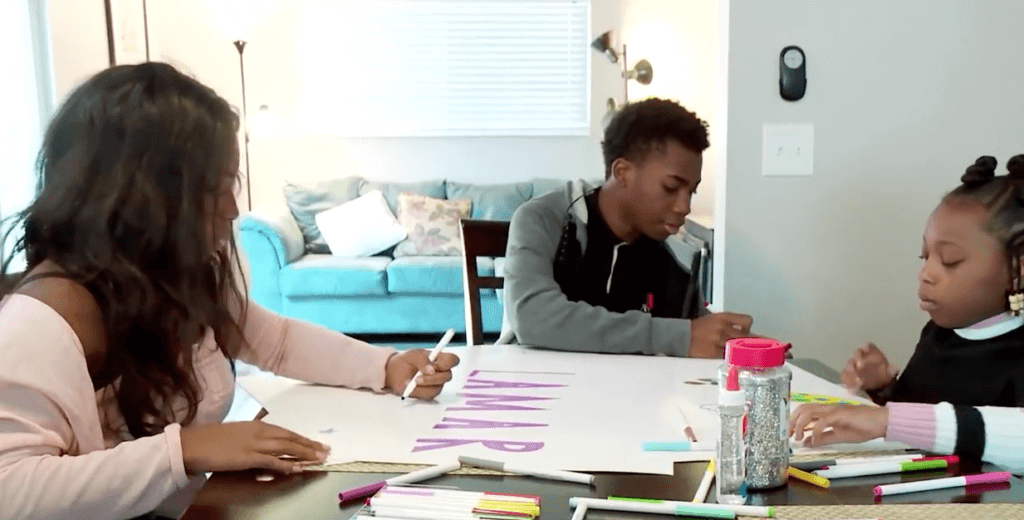 On the day of Lamar’s arrival, Andrea and the children anxiously wait for him at the airport while holding handmade posters as if he’s just come back from a long, heartwrenching deployment. You really can’t make this stuff up. Even Andrea’s own children exchange nervous glances of second-hand embarrassment for her. 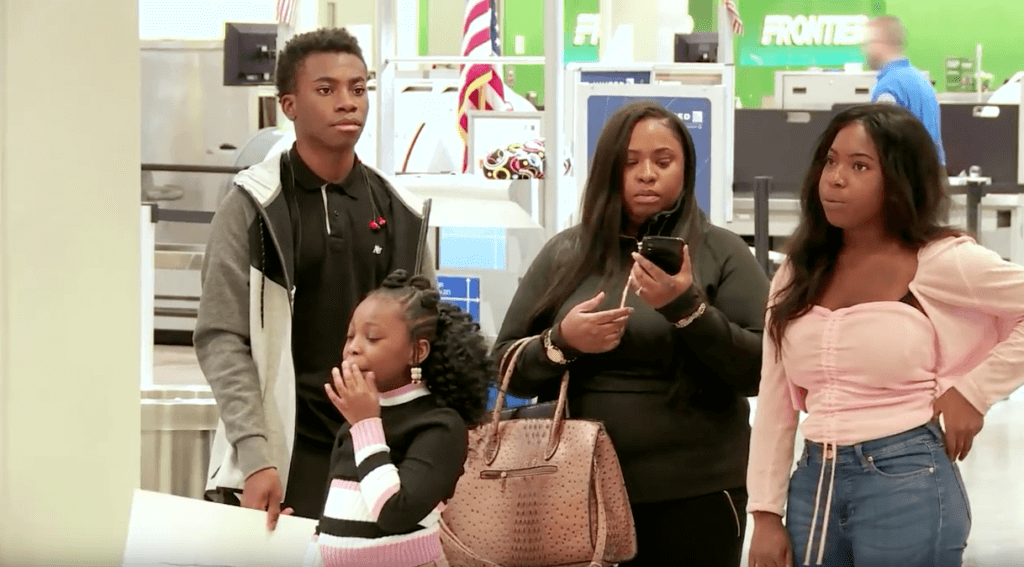 Lamar eventually makes his way down the escalator and Andrea greets him with less than open arms. On the car ride home, Andrea works hard to convince Lamar that Utah is a much safer place to live with a significantly lower cost of living. Unfortunately, Lamar doesn’t appear to bite on that.

Life After Lockup: Michael and Megan

Michael has a sitdown conversation with Megan’s large and in charge father, Donnie. The nerve of this kid. The talk goes just about how you would expect with Michael not being able to provide any real, concrete answers to Donnie. When asked when his divorce would be finalized he admits that he’s “not really sure.”

Michael admits that he has a four-month-old daughter with his estranged wife. This might not be too shocking except for the minor fact that Michael and Megan have been seeing each other for three years. Donnie states very matter of factly states that he would take a bullet for his daughter and he’d give some out too. OH SNAP.

Meanwhile, Sarah is enraged after looking into Michael’s phone records and bank statements. She finds that Michael’s been using the phone she pays for to communicate with not one, not two, but several different women. He’s also racked up almost $1200 on the Cash app from various women sending him money. Y THO??!!!! Can someone please explain the appeal of this man???

Next week on Life After Lockup the drama continues to unfold.

Comments
‘Life After Lockup’ Lamar Leaves Andrea & His Daughter Stranded After Being Missing For Two Months!
‘Love After Lockup’ Star Lacey Claims Shane Beat Her Up In Violent Domestic Violence Incident!
To Top