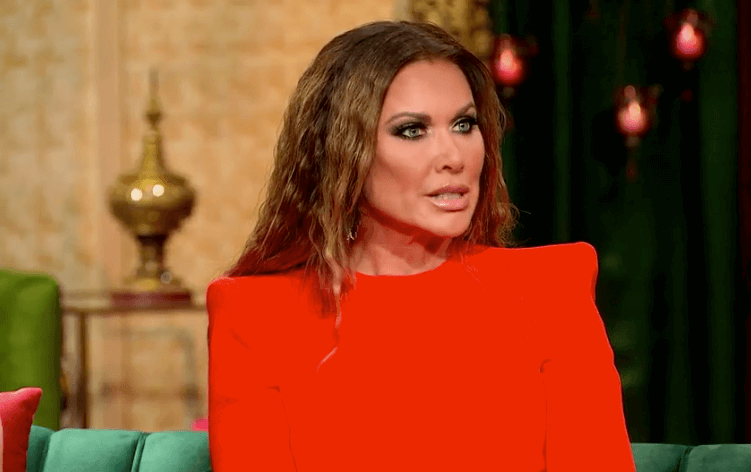 Finally, it’s the day of reckoning for the The Real Housewives of Dallas ladies. Let’s dive in, shall we?

Host, Andy Cohen, opens the reunion by exchanging pleasantries with the ladies and also expressing his deepest regrets that Mama Dee couldn’t be there to join them. According to D’Andra Simmons, Mama Dee is currently recovering from a broken ankle. Here’s to wishing Mama Dee a speedy recovery.

The reunion continues on a somber note as Brandi Redmond reveals that Bruin’s biological mother miscarried his sibling. Brandi admits that she took the news really hard as she had finally decided to adopt the sibling as well and raise him or her alongside Bruin. 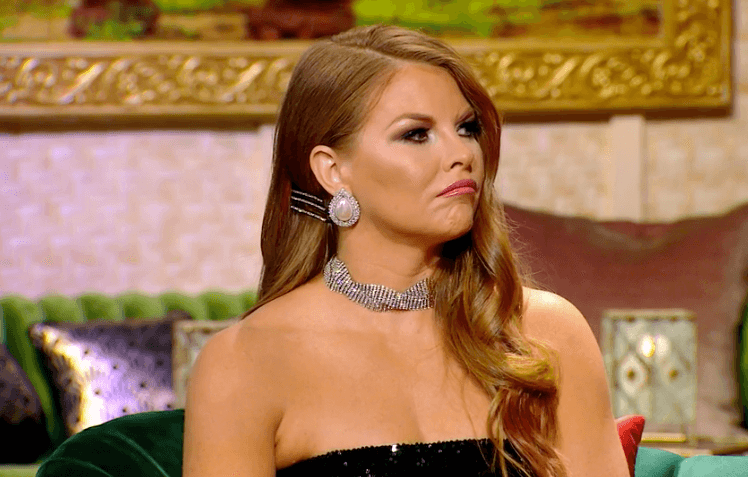 Andy directs a viewer’s question to LeeAnne Locken about the wedding food (or lack thereof) and allows her to address it once and for all. LeeAnne maintains that she paid caterers to be there, before eventually admitting that she thought she had enough food for everyone but that in hindsight, maybe she did not.

The subject of Rich’s wandering eye mere minutes after their marital vows to one another rears its ugly head but LeeAnne is adamant that it was a non-issue for her. The other ladies, however, don’t see it that way. Stephanie Hollman admits that she took offense to LeeAnne later tweeting that Rich’s behavior was somehow encouraged by Travis. UM WUT? This does NOT compute.

In a shocking revelation, Brandi divulges an incident that she had with Rich in which he let out an audible groan while checking out her backside. Gross.

Andy finally addresses the drama between LeeAnne and D’Andra and D’Andra’s accusations about Rich cheating. D’Andra admits that she still fully believes Rich cheated. When she is asked why she apologized to LeeAnne if she still believes Rich to be a cheater, she confesses that she thought she was going to be invited to things and simply wanted to clear the air prior. 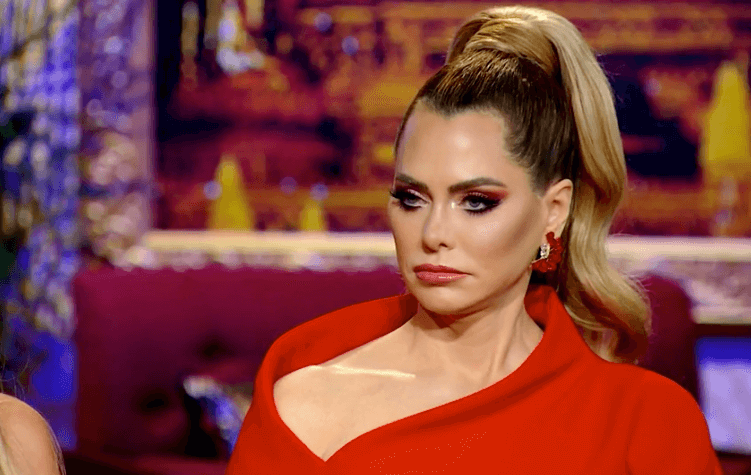 The dreaded text conversation between Rich and Jeremy comes up and LeeAnne claims that Rich was entitled to send those texts as he lost six-figure contracts due to being accused of cheating on LeeAnne Locken.

The theory about the USPS losing thirty percent of the mail is finally to put to bed once LeeAnne admits that she was only under that impression because of her event planner and is now aware that is not true. Where did she hire this guy??? I NEED TO KNOW.

Andy also calls LeeAnne Locken out for how she treated her mother at her wedding. A question from a viewer insinuated that LeeAnne may have invited her mother only to humiliate her. Most of the ladies seem in agreeance that LeeAnne’s vows came off as a direct dig at her mother.

The reunion finally switches gears and the ladies rehash the cast trip they took to Kary Brittingham’s luxurious vacation home in Mexico. Just when we think LeeAnne’s reunion roast is over, even temporarily, cue the highlight reel of LeeAnne being less than a gracious guest in Kary’s home.

Andy addresses the apparent cracks in Kary and Eduardo’s marriage and Kary confesses that Eduardo has not made any steps towards remedying the financial situation in their marriage but that he does have plans to eventually put a deposit down on her very own condo. 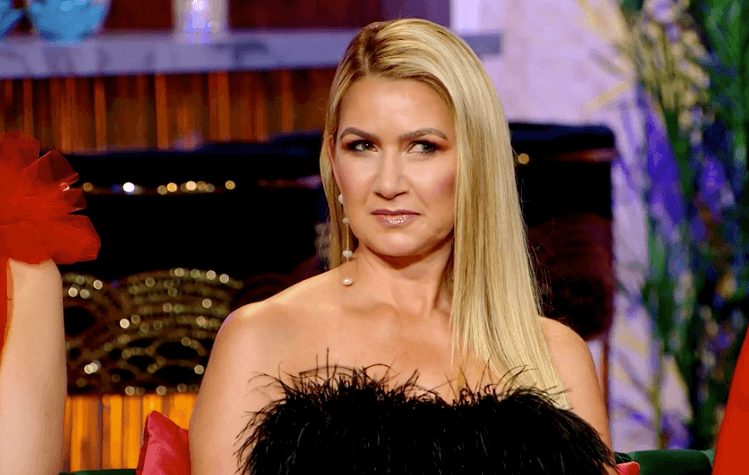 When asked whether or not Eduardo fulfills her emotional needs, Kary contemplates the question carefully before admitting that their marriage ebbs and flows but currently she is happy and content with the state of their marriage.

The blowup in Careyes between Brandi and Kameron Westcott finally comes up and Kameron admits that she still has a hard time understanding why Brandi was never called out for her outburst at the dinner table when she basically yelled at Kameron to go play the skin flute. She is adamant, however, that the “trash” comment was only in reference to Brandi’s behavior and not who she is as a person. 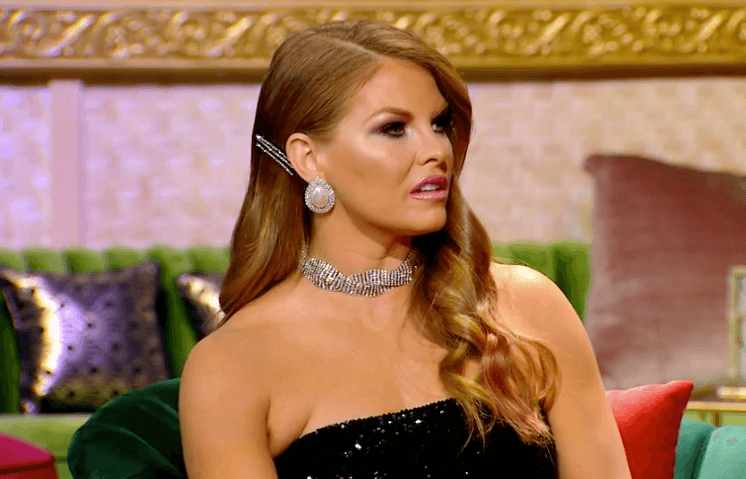 Kameron appears to be grasping at straws when she wildly accuses Stephanie of being the first one to use the term “trashy.” According to Kameron, Stephanie implanted that word in her mind mere hours before the dinner showdown when she offhandedly asked “is that trashy?” before peeing behind the trailer at the polo match.

Brandi confides that being called “trash” dredges up old negative feelings, growing up living in trailers and not being accepted by her peers. LeeAnne interjects and tells Brandi that “we all have to grow past our past.”

Kameron appears to get extremely emotional when the “surface level friendship” comment comes up in conversation. According to Kameron, calling her “surface level” was Stephanie actually insinuating that she’s shallow and has no substance. Andy passes Kameron a tissue, although I’m not sure I saw any actual tears. She may look like Nicole Kidman, but I’m not entirely sold on her ability as an actress if you get my drift. 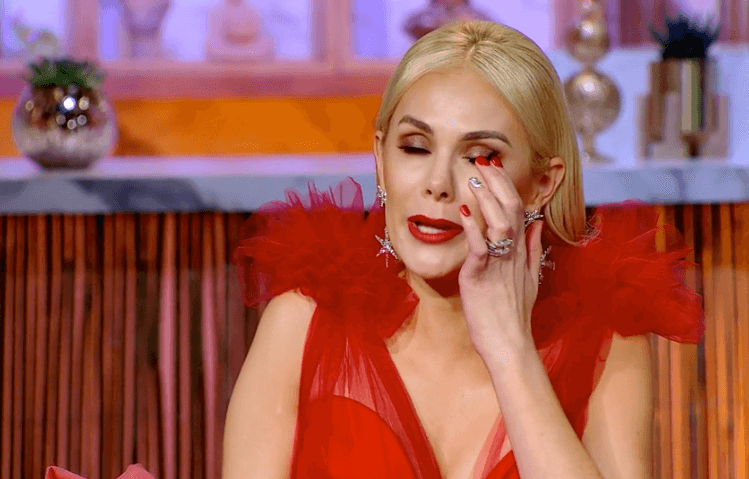 LeeAnne Locken and Kary go head to head when the conversation turns to LeeAnne’s perceived need to always bring the conversation back to her childhood trauma. Kary confesses that in Careyes, she was simply trying to get to know LeeAnne but LeeAnne never reciprocated her efforts by asking her anything about herself. The two spar back and forth about LeeAnne’s charitable contributions, before LeeAnne gives Kary the middle finger. Wonder if Kameron deems that “trashy behavior?” 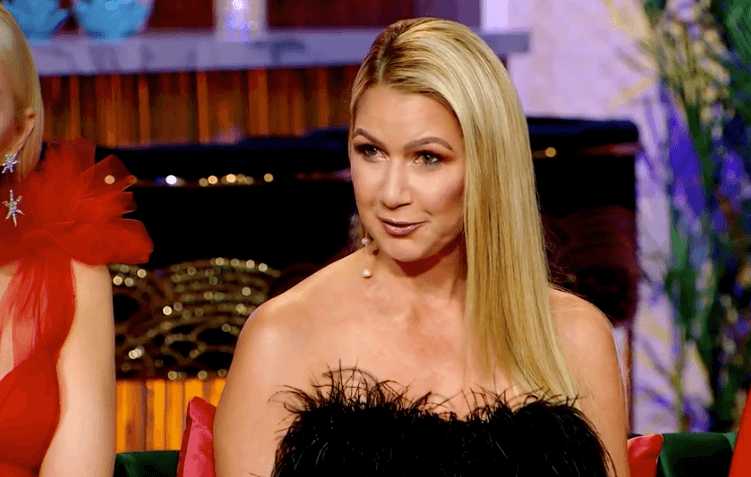 In what appears to be an effort to lighten the mood, Brandi pulls a flask out of… honestly I’m not sure where, before taking a swig and then passing it down to Stephanie, much to Andy’s dismay. Honestly, it’s probably not a bad idea on their part. Something tells me they’re going to need it to get through the remainder of this reunion.

Be sure to tune in next week for part two. IT’S GOING DOWN.