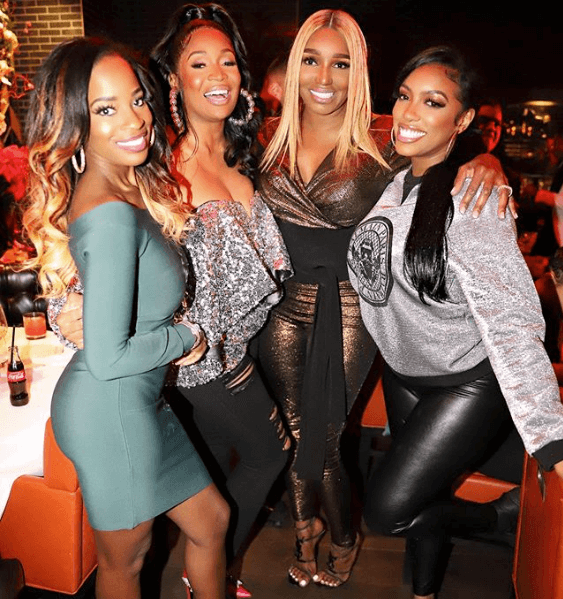 The door is open! NeNe Leakes and Porsha Williams are no longer enemies, AllAboutTheTEA.com can confirm that they’ve made up.

The ladies were all smiles Thursday night, as they danced the night away, on the dance floor at NeNe’s 52nd birthday celebration.

Press play below to watch the The Real Housewives of Atlanta stars reunited.

NeNe Leakes and Porsha Williams had stopped speaking by the end of the season 11 reunion and a major social media blowout. When season 12 of The Real Housewives of Atlanta started the former friends were in a bad place but it appears the ladies have buried the hatchet and back on good terms.

The two Georgia Peaches are all smiles in the photo below, posted by NeNe from their fun-filled night along with Shamea Morton and Marlo Hampton. “The Fab 4! Thank you for celebrating me last nite @marlohampton @porsha4real @shameamorton #wethebest #thefunones We misses you @itstanyatime outfit: Swagg Boutique Maryland MGM.” NeNe captioned the pic. 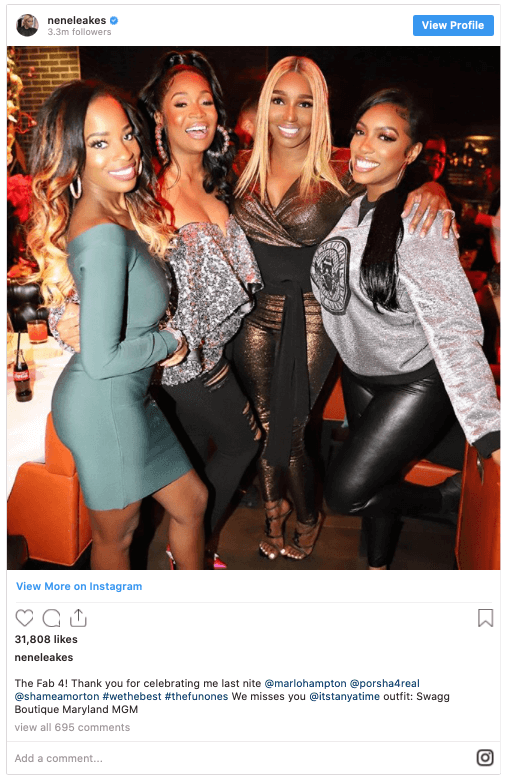 NeNe Leakes and Porsha Williams once called each other big sister, little sister, and shared a solid bond until they had an ugly fight on social media shortly after Porsha gave birth to her daughter, Pilar Jhena.

Let’s hope this is a new beginning in the friendship NeNe Leakes and Porsha Williams.