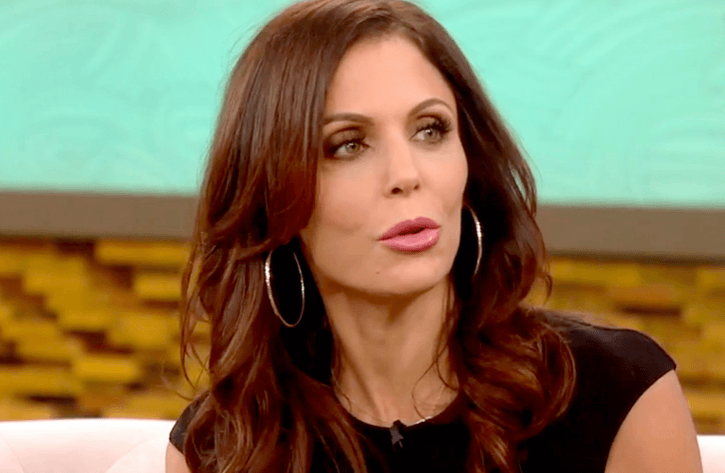 Bethenny Frankel lashed out at an Uber driver after he kicked the Skinnygirl mogul and her daughter out of his vehicle for causing a disturbance.

Bethenny Frankel took to Twitter on Saturday to blast the ride share company over her experience, she wrote: “My @Uber driver just charged me 30 dollars, told my daughter she couldn’t play the ukelele in the car, told us to get out & that he refunded us which wasn’t true. This sort of thing could land me in prison.”

Many fans slammed the former Real Housewives of New York City star for believing her daughter had every right to disturb and annoy the driver with her instrument playing. 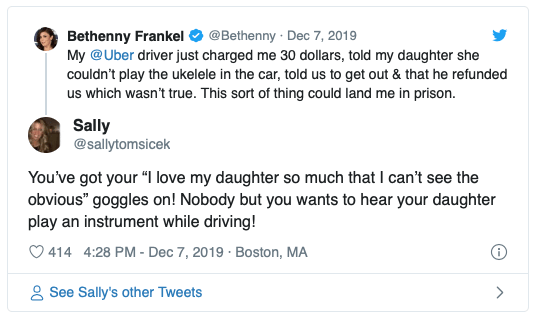 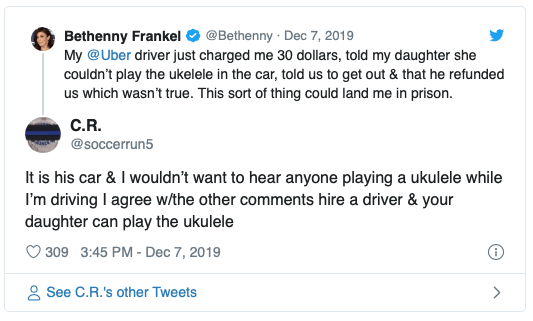 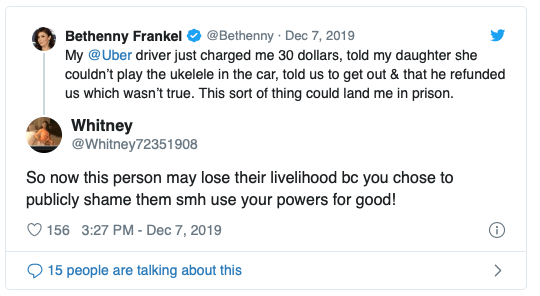 Another person reminded Bethenny that the Uber driver has no control over charging her card for the trip. 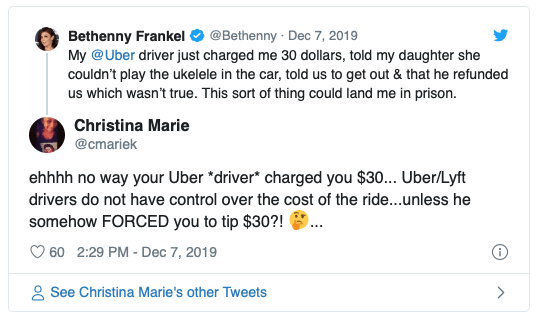 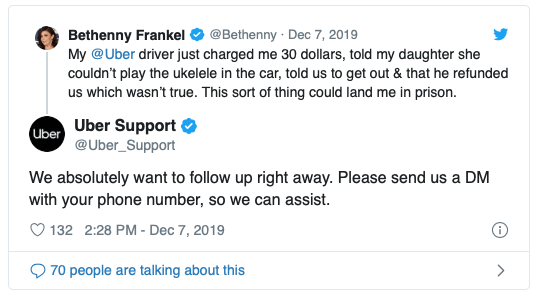 Despite the backlash, Bethenny Frankel continued to attack the Uber driver over the dispute — threatening to harass the company every day until they donate the $30 to her charity B Strong. 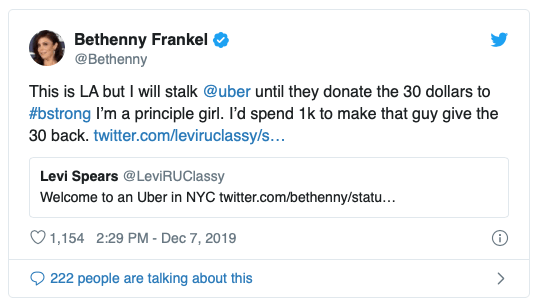 Bethenny got previously dragged by the internet for posting a shocking video of her daughter, Bryn Hoppy, groping her breasts.

The Real Housewives of New York City alum posted the following video on her Instagram Story in October — and critics were swift to react and blast the Skinnygirl mogul for acting negligently.