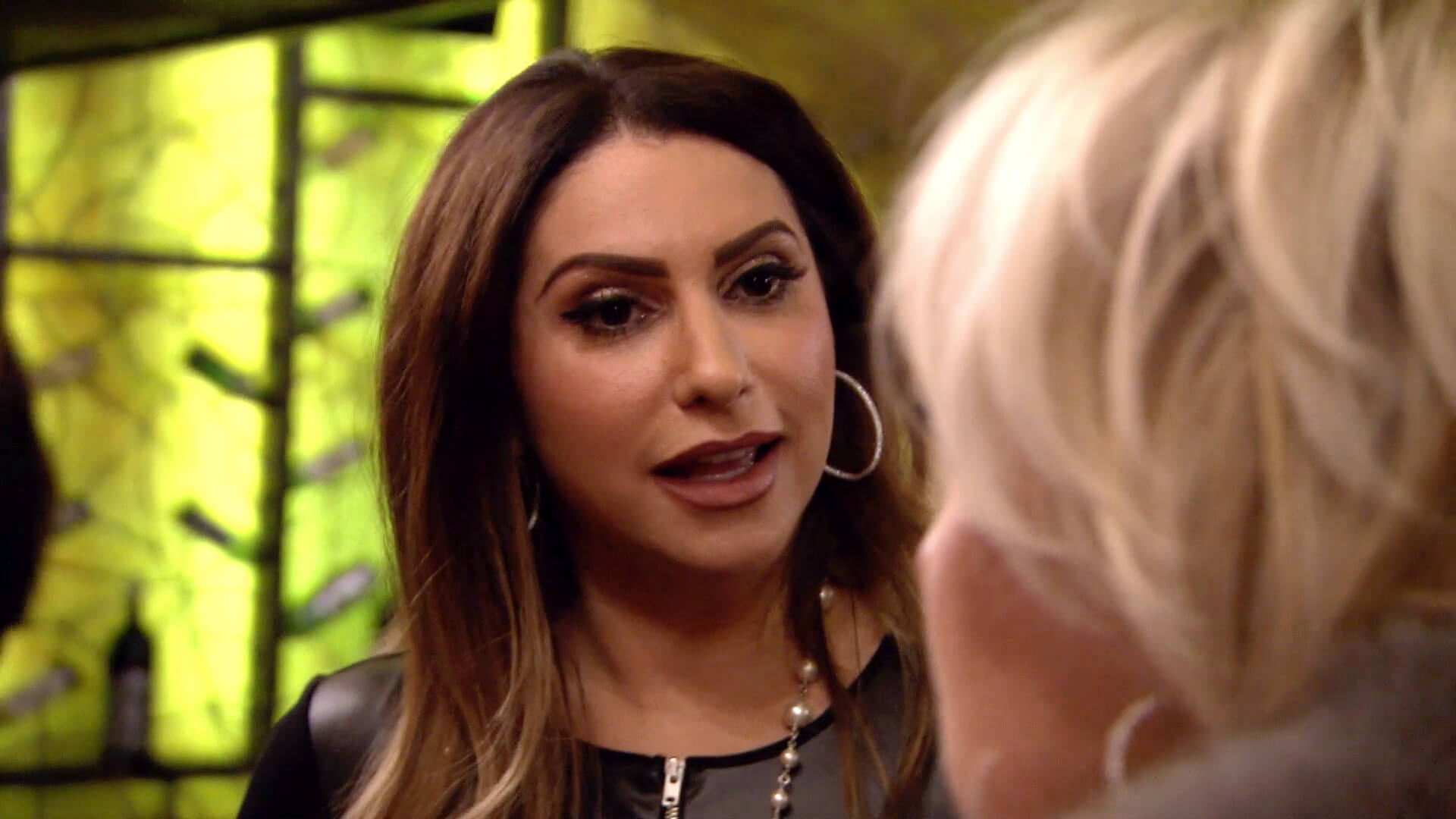 On the Wednesday, Nov. 27 episode of The Real Housewives of New Jersey, the group journeys to Jamaica and the drama follows along!

In the clip below from the episode, the ladies are chatting at dinner (after a rum tasting) and Jennifer Ayden asks Dolores Catania if she wants to have kids with her doctor boyfriend, David. Dolores quickly responds, no, and explains that he already has four kids. Jennifer wants to know why David did not go to Melissa Gorga’s 40th birthday party — Dolores tells her that he was working.

“I wanted to meet him,” Jackie Goldschneider chimes in .

Jackie Goldschneider then wants to know if David and Dolores have plans to marry soon. They’ve been together for years. She feels they should be engaged by now.

“Absolutely not,” Dolores says. “No.”

“I am so confused. I’ve been hearing her now for about two years saying she wants a commitment from David. Is this even like a real relationship?” Melissa says in a confessional.

“I got this, girls. Thanks for caring, but I got this,” Dolores says in a talking head confessional.

Jackie Goldschneider says she prefers David over Frank Catania because she feels David likes her more after Frank made some comments about Jackie being a female lawyer and always wanting to have the last word.

Dolores Catania reassures her that Frank didn’t mean it in a negative way — then Jennifer Ayden blurts out, “Honestly, she said today she just doesn’t consider you like a friend,” and Dolores’ eyes almost pops out of her head.

Earlier in the episode, prior to leaving for Jamaica — Jennifer tells Teresa Giudice what Jackie has been saying about Teresa behind her back. Press play to watch below.