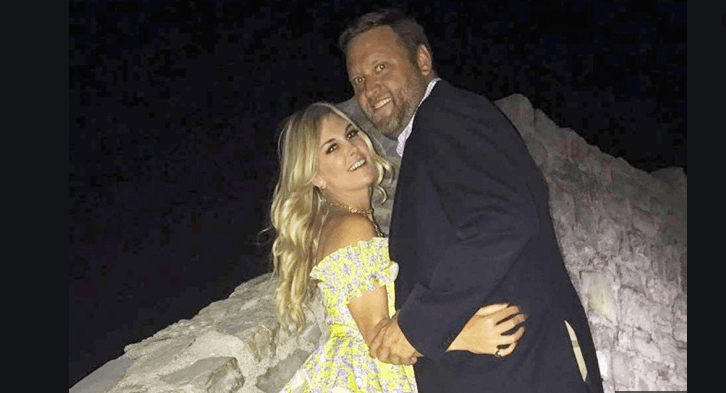 According to reports, Scott Kluth had arranged for the Frozen Robins caroling group to sing the couple’s favorite song, Christina Perri’s “A Thousand Years,” as they walked by the water tower. Kluth got on one knee and popped the question.

The couple celebrated their engagement with dinner at Mastro’s Steakhouse with their mothers and drinks at the Langham hotel.

It’s been confirmed that Tinsley Mortimer is leaving the The Real Housewives of New York City and moving from New York to Chicago.

Tinsley Mortimer and Scott started dating after Carole Radziwill set them up on a blind date in 2017. “Housewives” viewers have seen the pair struggle with living in different cities. After splitting during the most recent “Housewives” season, Mortimer confirmed in October she was back together with Kluth.

Scott Kluth founded CouponCabin in 2003, and the Chicagoland-based online coupon resource has been featured on the show. Mortimer, meanwhile, recently debuted a holiday eyelash and lip gloss kit.

Comments
Luann de Lesseps Says #RHONY Cast Is ‘Relieved’ Bethenny Frankel Quit & She No Longer Has To Walk On Egg Shells!
Bethenny Frankel Slammed For Attacking Uber Driver After Her Daughter Caused A Disturbance!
To Top