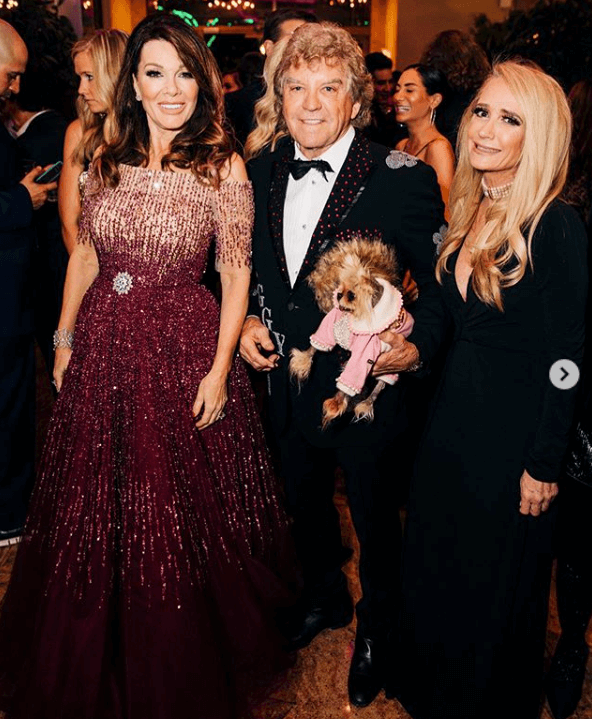 Fans were shocked to see videos and photos posted on social media with Kim Richards at the event — smiling and having a good time alongside her sister’s enemy, Lisa Vanderpump.

Some fans labeled Kim Richards’ actions as the ultimate betrayal in light of Kyle Richards and Lisa Vanderpump’s explosive season 9 feud that ended their 10-year friendship.

Read Also: Lisa Vanderpump Stole The Show at BravoCon with Pepsi Sparkling Rosé Created In Her Honor & Her Former ‘RHOBH’ Costars Are PISSED!

The major fall out stemmed from Dorit Kemsley’s dog adoption gone wrong — forcing Lisa Vanderpump to quit the Bravo reality series at the conclusion of season 9.

As AllAboutTheTEA.com readers know, Kyle Richards accused Lisa Vanderpump of planting a damaging story in the press about Dorit Kemsley. This led to a blowout screaming match where Lisa’s husband, Ken Todd, screamed “Goodbye Kyle” before kicking Kyle out of the couple’s mansion. Subsequently, Lisa Vanderpump was bullied and harassed by her fellow Real Housewives of Beverly Hills co-stars with Kyle Richards leading the pack.

Press play below to watch video from the doggy fundraiser of Kim Richards posing for a photo with Lisa Vanderpump. The two seem pretty friendly despite Kyle and Lisa’s fallout.

Many Bravolebrities turned up in high-fashion to support Lisa Vanderpump with her cause. In attendance were, Real Housewives of Beverly Hills star Camille Grammer, Real Housewives of Orange County’s Shannon Beador, Chaz Dean, several members of the Vanderpump Rules crew, as well as Lisa Vanderpump’s daughter Pandora, son Max, Puffy, their other beloved pooch, and more, who were on hand to support the good cause.

Scroll through the gallery below. 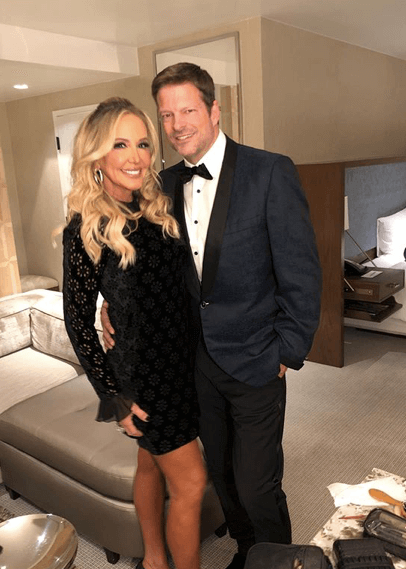 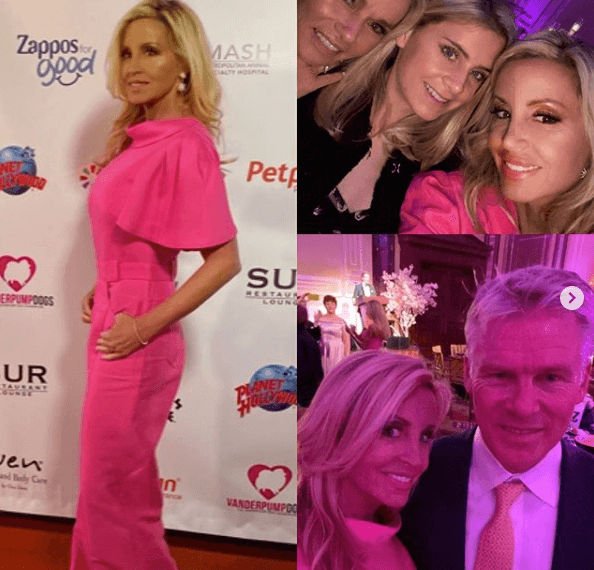 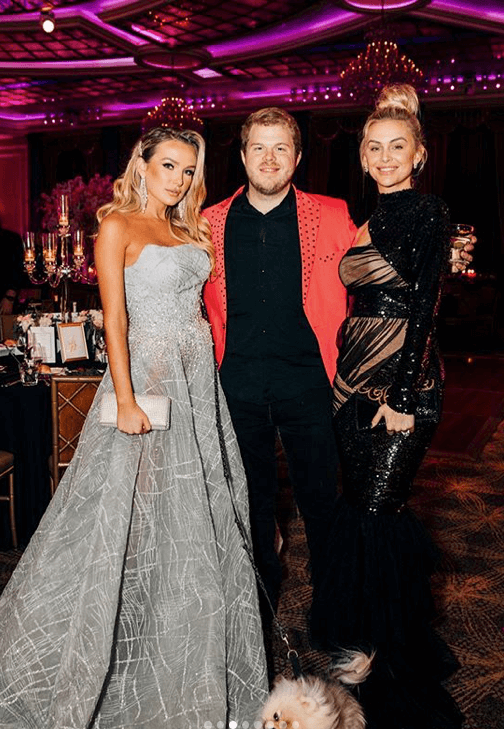 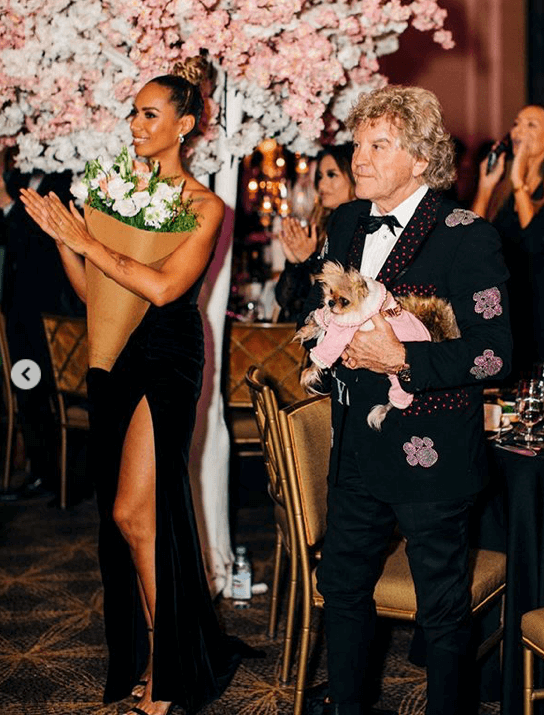 Lisa Vanderpump stunned in glittery bead and crystal-covered ballgown fit for a princess. This ethereal dress incorporates an off-the-shoulder neckline, illusion netting, sheer sleeves, a full skirt, and a cinched-in waist accented with a diamond brooch. Lisa carried a clutch in the same red sequin shade covered with jewels and sequins. 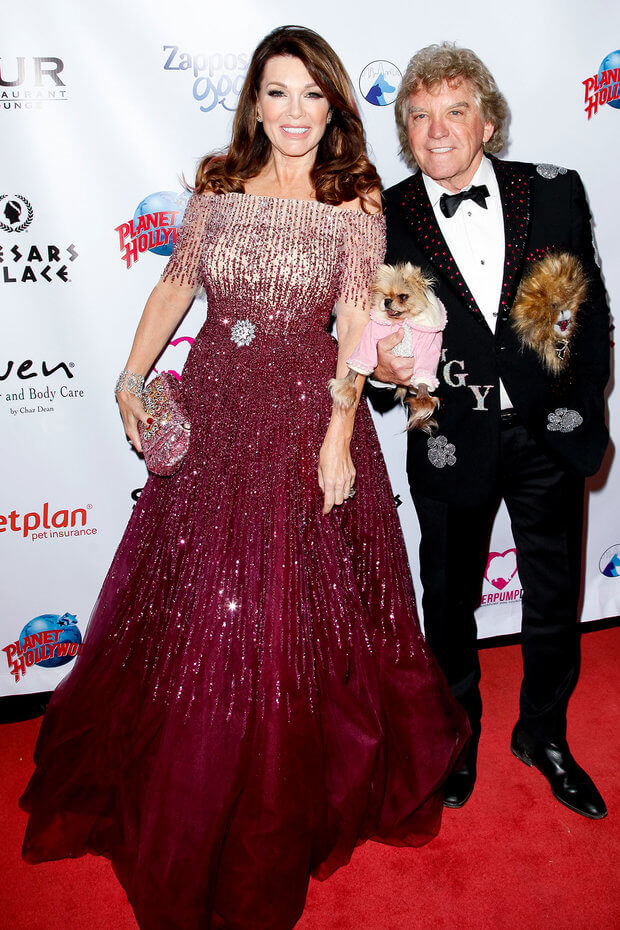 Lisa Vanderpump has had a rough few years, first her brother Mark Vanderpump died by suicide in April 2018, while she was filming season 9 of The Real Housewives of Beverly Hills. Then 14 months later, Vanderpump’s mother, Jean died at the age of 84, on June 17, 2019.

Do you think Kim Richards backstabbed her sister Kyle by cozying up to Lisa Vanderpump at her Vanderpump Dog Foundation gala? Sound off below!